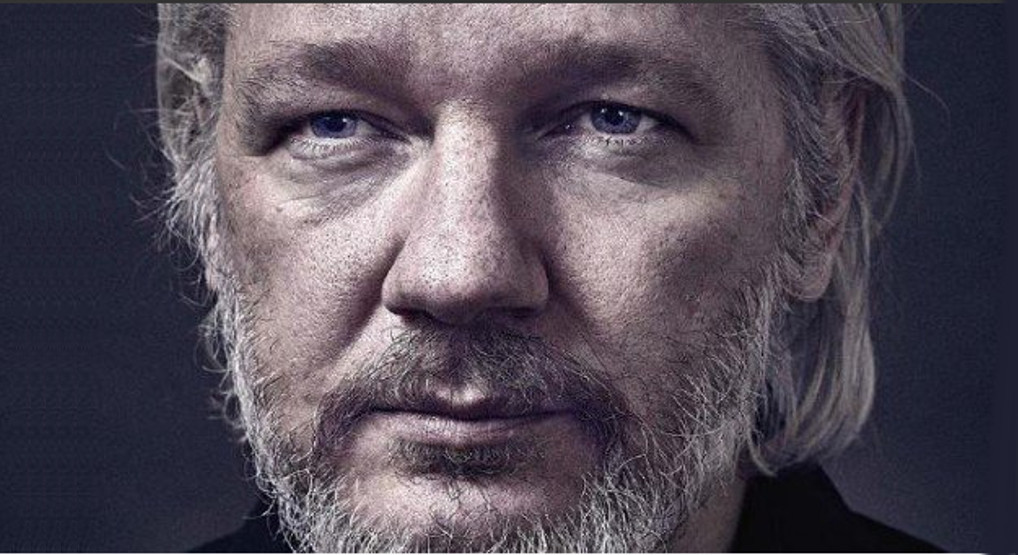 By Professor Marcello Ferrada de Noli. In the first part of this series [1] The Indicter exposed that a former paid agent of Sweden’s Security Police had intervened with Amnesty Sweden (the Swedish section of Amnesty International), directly dictating its negative stance towards Julian Assange. In this article I analyse whether Swedish government security agents, […]

In the first part of this series [1] The Indicter exposed that a former paid agent of Sweden’s Security Police had intervened with Amnesty Sweden (the Swedish section of Amnesty International), directly dictating its negative stance towards Julian Assange.

In this article I analyse whether Swedish government security agents, or ‘former agents’, have been further involved in a disinformation campaign against the founder of WikiLeaks and its whistleblower publishing. An important source here is the activity of Researchgruppen, the journalist-collective organization led by Martin Fredriksson, a former paid agent of the Swedish Security Police – or, as it’s better known by its Swedish acronym, SÄPO. [2]

Picture above: Researchgruppen receiving the award “Guldspade” for “Sweden’s best investigative journalism”. Martin Fredriksson at centre in the picture. Researchgruppen was also nominated for “Stora Journalist Priset” in 2014. Researchgruppen collaborates with Expressen, Swedish Radio, Uppdrag Granskning (at the State TV), TV4 ‘and others’. Source: SvT.

Researchgruppen is an organization founded by Martin Fredriksson and others in 2010 (while he was still a paid agent of SÄPO) that claims to target extreme right-wing or right-conservative parties, organizations that, however, all share a staunch opposition to the incorporation of Sweden into NATO. Researchgruppen has also received support and assignments from Expressen, [5] one of the main Swedish evening newspapers, well-known for leading an earlier campaign against WikiLeaks and Assange on behalf of the previous Foreign Minister, Carl Bildt. [6] The funding of Researchgruppen is secret as it is registered as part of Seppuku Media Ekonomisk Förening, whose nominal owner is  Martin Fredriksson [7]. This company was founded in 2007 at a time when Martin Fredriksson was working as an agent for SÄPO. [4] Fredriksson’s Researchgruppen, now led by Mathias Wåg, runs a broadcasting program called “My Special Interests” (Mina Specialintressen). [8]

The My Special Interests programs are podcasts in which the ex-SÄPO agent and guests – occasionally including other collaborators working as SÄPO agents, besides Fredriksson – share opinions on topics built around the political and geopolitical stances of Researchgruppen. Many of these stances are, in fact, very similar to the views held by prominent Swedish politicians who have been exposed by WikiLeaks as having provided information to US intelligence services, such as in the case of former Swedish Foreign Minister Carl Bildt. [9]

A prominent characteristic of the podcasts is their harsh criticism of Julian Assange, combined with a fierce anti-Russian bias – particularly targeting Russia’s president Vladimir Putin. The podcasts – so far 22 programs have been produced – are each about one hour long. I have therefore randomised a sample, which gave the following findings.

An ‘influential agent’ working for Russia?

In the podcast N°15, Crossfit, Martin Fredriksson asks the interviewee ’Marlene’ – completely out of the blue while she is talking about her interest in a TV series – whether she is also interested in the Assange case. Without waiting for her reply, Fredriksson says, repeatedly, ”Assange is a clown” and adds ”Assange has worked very hard to lower his credibility, successively and systematically”. The woman finally responds: “What I think of Assange is, first it was up, like the sun, and then down, flat as a pancake. He was idealised. Then came the rape charges [sic] and that he refused to come to Sweden; he fell like a…”

The main guest in the podcast N° 16, The spy that came from the cold, is Joakim von Braun [photo at left], another agent previously working at SÄPO according to the description in the program presentation. [10] Other sources indicate that he also worked at the Office for Special Collection, a spy agency which is part of the Swedish Military Intelligence and Security Service (MUST, Militära underrättelse- och säkerhetstjänsten) and “one of the most secret parts of the Swedish Armed Forces.” [11] Von Braun is a founder of the organization Sweden’s Eye and Ear (Föreningen Sveriges Öga och Öra). [12]

In this program Martin Fredriksson compares Julian Assange to the Swedish Nazi leader Marc Abramsson [13] and asks the podcast’s guest interviewee how the appearances of Assange and Abramsson on Russian media channels fit into “Russia’s media strategy”. To which the SÄPO spy Von Braun replies:

“They have always been clever on that, I mean, KGB has always worked with social disinformation, with influential agents.”

“So, what is the definition of an ‘influential agent’?” ex-SÄPO agent Martin Fredriksson asks ex-SÄPO agent Von Braun. The answer:

“The definition of an ‘influential agent’ is a person that acts not only out of their own opinions but on behalf of, for instance, the stances of the Soviet Union or those of Russia.”

The dialogue above occurs against a backdrop of the most blatant propaganda I have ever heard in a Swedish broadcast transmission, perhaps only comparable with the Swedish Radio program Studio 1. [14] Fredriksson maintains, for instance, that Russia did not really help the forces combating Franco during the Spanish Civil War (meaning they provided no real help to the communists, anarchists, partisans and international brigade fighters during the conflict), but only used the War as a testing ground for its arsenal.

In this program statements are made comparing Putin to Mussolini, that “Russia will soon become a ‘absolute totalitarian’ dictatorship”, that “Russia just wants to recover its old Tsarist prestige”, and other comments that the Swedish public is used to hearing or reading from the Swedish Armed Forces, media and politicians who lobby for Sweden’s membership of NATO. “Putin controls all the media apparatus, exclusively, all the media apparatus”, says one guest in the Researchgruppen podcast. Ex-Military Intelligence agent Joakim Von Braun fills in: “I call him a dictator.”

While Martin Fredriksson was CEO at Researchgruppen the organization campaigned hard against the WikiLeaks founder using its Twitter account for ad hominem attacks. A list of these tweets can be seen in this link.

Similar campaigns in the Swedish mainstream media against Julian Assange and the organization WikiLeaks are described in my book Sweden vs Assange. Human Rights Issues and Political Background” [15]

I have followed the Sweden vs Assange case since it started in 2010. The political character of the case against WikiLeaks has become increasingly clear over the years. [16] In 2011, I did research based on Swedish mainstream media references to the case and to Julian Assange in particular. The results were that, among the articles which referred to Assange’s personal character or clearly implied features of his personality (40 per cent of the total articles), far more articles (72 per cent) did so by using hostile, detrimental or aggressive terms, in contrast to articles using positive terms (28 per cent). When comparing these variables, the statistical analysis showed a ratio of 0.38, pointing to a significant over-representation of negative assessments. [17] This trend has persisted up to the present day. [18]

However, the attacks also came from government sources. In 2013, the international forum was shocked by Australian Senator Scott Ludlam’s listing of direct interventions in the Assange case made by high Swedish government officials (including the Prime Minister, Fredrik Reinfeldt). [19] Here in Sweden, I was myself taken aback at the force of the ad hominem attacks against Assange by representatives of the Swedish Armed Forces openly supportive of NATO. [20]

All these ad hominem attacks, to which can now be added those from organizations under the control of ‘ex-agents’ paid by Sweden’s Security Police such as Researchgruppen in the case of Martin Fredriksson, were often made in contexts which had barely any direct relevance to the legal case.

Julian Assange has now received the support of the UN Human Rights Council, and more recently, the support of 500 prominent rights organizations and world intellectuals, including 60 professors and four Nobel-prize winners. [21]

It is difficult to assess the time period during which SÄPO-paid agents have intervened in the Assange case, partly because an intelligence agency naturally refuses to give out information on its clandestine operations and agents, and partly because the information given by SÄPO ex-agents themselves does not exactly match other available sources. For example, there is a mismatch between a recent Researchgruppen statement [Reference 13 in Part 1 article here] and ‘ex agent’ Fredriksson’s public declaration about the period in which he was active in SÄPO.

[3] See reference 13 in above-cited article in The Indicter.

[6] This campaign was exposed by The Professors’ Blog in the series “Anatomy of an untruthful scoop: Sweden’s psychological warfare against WikiLeaks” (Part One) and “Plan Z: Sweden’s latest chauvinist anti-WIkiLeaks campaign in the Swedish media” (Part Two).

The Local reports that Martin Fredriksson – interviewed in his role of publisher of Researchgruppen (ansvarig utgivare)­ – “was unable to provide any concrete figures on the costs of the operation.” In “The Swedish group that blew the lid on hateful online comments”, The Local, 12 Dec 2013.

It is difficult to assess when the programs were originally broadcast because the dates for all podcasts’ releases are given as 10/11/2015.

Wikipedia article on the ‘Office for Special Collection’. Retrieved 12 March 2016.

[13] Marc Abramsson was the leader of the National Democrats, a now-dissolved Swedish Nazi political party.

Professor Dr med Marcello Ferrada de Noli is chairman of Swedish Doctors for Human Rights and Editor-in-Chief of The Indicter. Also publisher of The Professors’ Blog, and CEO of Libertarian Books – Sweden. Author of Sweden VS. Assange – Human Rights Issues, and other books and essays. Further information at The indicter’s Editorial Board.