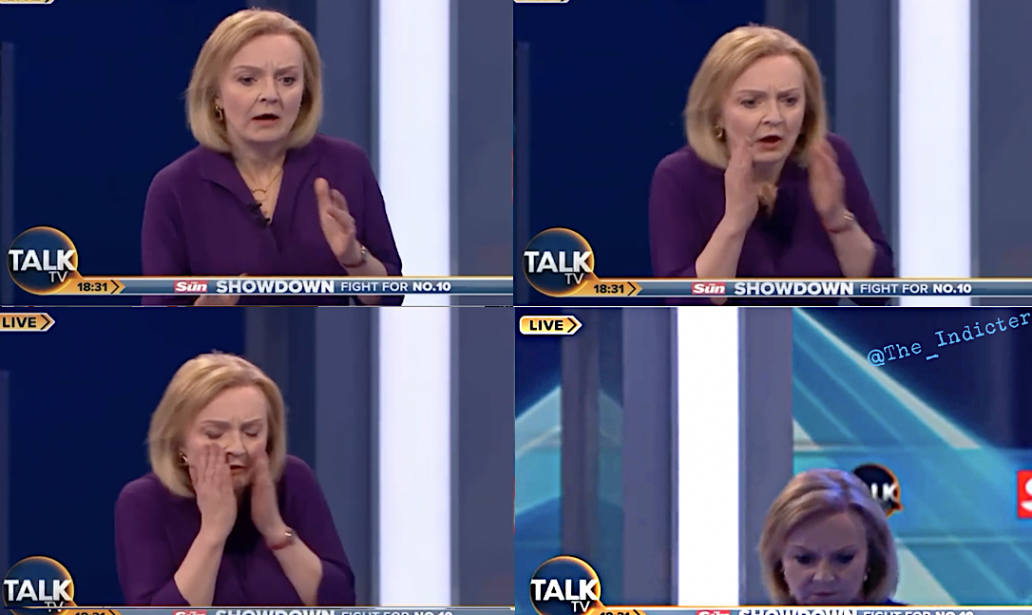 By Nina Cross, from The Indicter editors’ team.

The British government is at war with Russia.  It makes gestures at Vladimir Putin and calls him names from behind a great wall of Ukrainian corpses.  The most recent demonstration of this is the military training programme, set up in the UK by the outgoing Prime Minister Boris Johnson and his Defence Minister, Ben Wallace.  Ukrainians brought to Britain for a few weeks of basic military training will be sent back to Ukraine to fight on the frontlines against Russian forces. Based on recent figures of casualty rates amongst Ukrainian soldiers, a great many of them are likely to be killed very quickly.  Is Britain now running its very own Ukrainian cannon fodder factory?

The reality of the fate that awaits Ukrainians trained in the UK and sent to fight on the frontlines in the Donbass will likely bear little relation to the grandiosity of the statements published by the British government:

“The training will give volunteer recruits with little to no military experience the skills to be effective in frontline combat. Based on the UK’s basic soldier training, the course covers weapons handling, battlefield first aid, fieldcraft, patrol tactics and the Law of Armed Conflict.

Using the world-class expertise of the British Army we will help Ukraine to rebuild its forces and scale-up its resistance as they defend their country’s sovereignty and their right to choose their own future.”

It is almost certain, based on the current figures of casualties that a great number of those sent to face Russian artillery from the UK, far from having a future, could be killed very quickly.

Some Ukrainian units have lost up to 80% of their soldiers through death or serious injury.  It was reported in June by the Ukrainian Ministry of Defence that up to 200 Ukrainian soldiers were being killed each day but this may be vastly underestimated.  A more recent report released by the Polish intelligence services indicates the figure is closer to 300.  Some analysts believe that as many as 4,500 Ukrainian soldiers may have been killed in one week alone recently.  And these are mostly professional soldiers, not new recruits with a few weeks of training.

Johnson’s role in NATO and the objectives for Russia

There have been multiple expansionist manoeuvres by NATO since the collapse of the Soviet Union and the promise that NATO would not move eastwards.  By 24th February, the day Russian forces entered its territory, Ukraine was a de facto member of NATO.  The British military forces, alongside other NATO forces, had been inside Ukraine, training Ukrainian soldiers for years, following the US-EU-backed coup in 2014 which triggered the civil war.  Russia’s fears of encroachment and security had been repeatedly dismissed by NATO under US leadership.

The objective was the collapse of Russia

Johnson’s response on 24th February was to announce that Western sanctions would “squeeze Russia from the global economy, piece by piece,”.  There were no calls for peace only calls for the collapse of the Russian economy: economic warfare.  In terms of NATO’s objectives towards Russia, analysts have made the case that the Ukraine conflict is a US-led NATO proxy war with the aim of incapacitating Russia’s military to the point it would not be able to operate effectively:  it  could ultimately be militarily defeated by NATO.

In April, when Ukraine indicated interest in a ceasefire, Johnson steered Ukraine back to the objectives of militarily and economically collapsing Russia.  He wrecked peace talks, actively pursuing the prolongation of conflict between Ukraine and Russia.

There is no doubt that the British government has been fighting a war against Russia, economic, diplomatic, political, and military, just as Johnson announced on 24th February, but it could only be possible through the optics of a war inside Ukraine.

The creation of a Ukrainian cannon fodder factory in the UK should be seen in the context of Johnson’s objectives for Russia.  In a recent video, he was seen playing soldiers in Northern England, while Ukrainians were training.   While the Ukrainians will soon face Russian artillery and missiles, Johnson will retreat to his armchair from where he will despatch the cannon fodder.

It is likely that Johnson’s replacement will follow his objectives regarding Russia and Ukraine, even though one of the final candidates, current British Foreign Secretary, Liz Truss, would struggle to find them on a map.

Sending them to die – British complicity in crimes against humanity?

The British government is aware of reports, from Western media outlets and NGOs, of abuses being committed by the Ukrainian authorities against its citizens.  Many Ukrainian males are displaced and hiding in Ukraine, legally unable to leave their country, and fearing they will be conscripted and sent to the front to die.  Some are sent to the frontlines with just a few days of training or none at all.   At the start of the conflict the Ukrainian government determined not to evacuate civilians from war zones, while its armed forces from the outset have militarised civilian buildings in suburban areas, including hospitals and schools.  The British government has identified reports  of civilians being coercively conscripted in Ukraine and sent to the frontline with next to no training.  Instead of condemning this, Johnson and his Minister of Defence, Ben Wallace, have collaborated with the Ukrainian army in a cynical scheme to package the sacrifice of civilians as combat ready knowing that these recruits stand an even smaller chance than the swathes of dead and maimed professional Ukrainian soldiers whose shoes they are being sent to fill.  It takes about 6 months to train in the British army.  Britain is not at war; how can it lawfully send new recruits with just a few weeks of training on British soil to the frontlines where the facts show they are likely to die very quickly?

And what audits will the British government do so that we can see the outcome of the Wallace-Johnson scheme?  Will they tell us how many of those trained by the ‘world-class’ British are alive after a week of returning to Ukraine?  How many are alive after two weeks?  Three weeks?  Will the dates and manner in which they die be tracked? Along with the kit Wallace is donating, will he send body bags?

Despite the British government claiming the Ukrainians trained in the UK will be volunteers, it is inconceivable that thousands will not have been conscripted into the Ukrainian army. Why wouldn’t they then sign up for training in the UK – the chance to live a few more weeks? Perhaps they’ll pray for a miracle before they’re sent back.  There is no hope there. For the British ruling class, the goal of toppling Putin is worth every Ukrainian life.  Ukrainians will be patted on the head by the British, before being sent to their deaths.  The Johnson-Wallace military training programme should be seen for what it is: a further act of violence and dehumanisation towards the people of Ukraine. 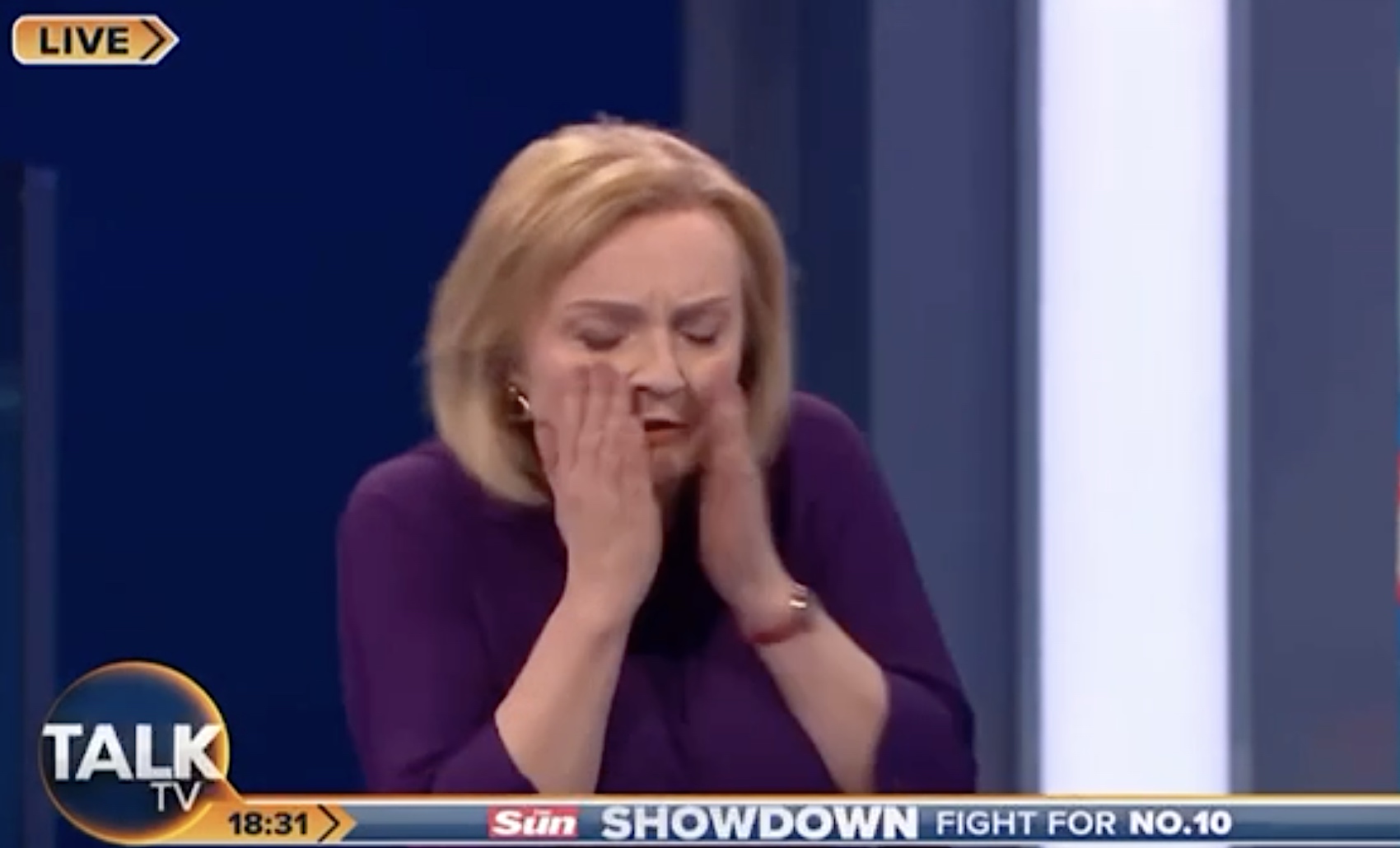 Click on ‘frightened Liz’ image above to watch the video