SWEDHR article published in ‘Läkartidningen’ 9 June 2017 * SWEDHR is absolutely independent Sweden’s main newspaper Dagens Nyheter [DN, April 22, 2017] –which actively promotes Hillary Clinton’s doctrine in support of the White Helmets’ request of a No-Fly zone in Syria for the protection of jihadist forces–  underscored on April 22, 2017, [1] that a […] 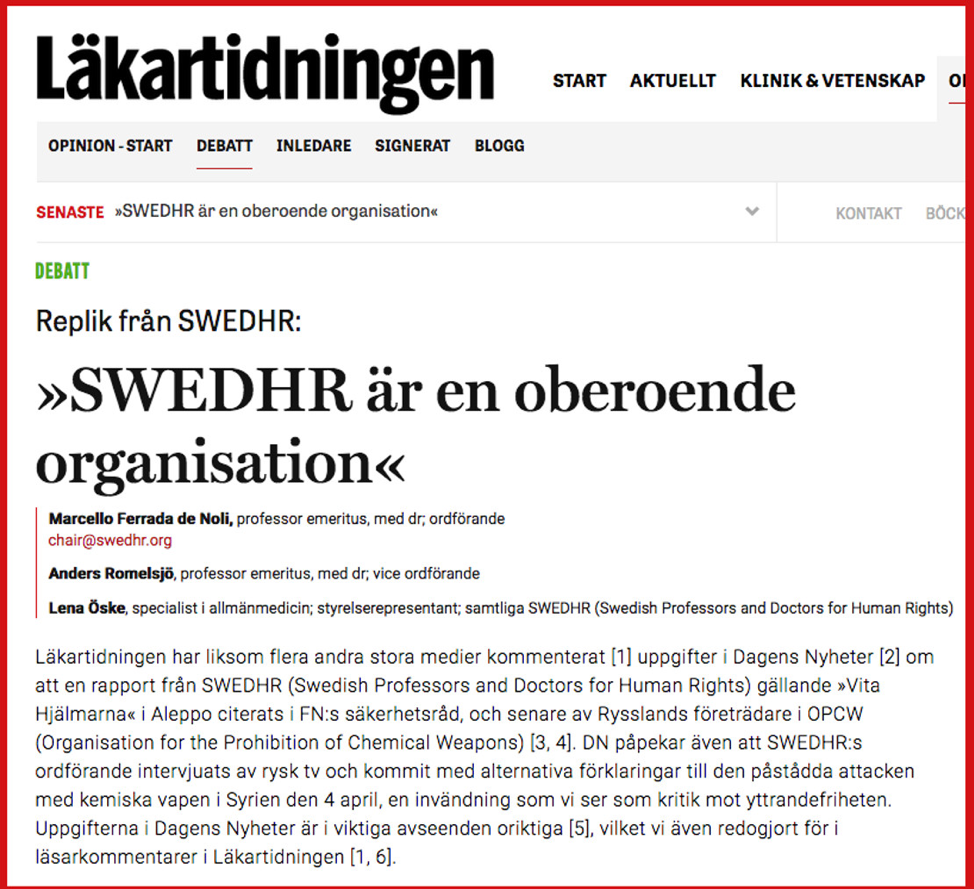 Sweden’s main newspaper Dagens Nyheter [DN, April 22, 2017] –which actively promotes Hillary Clinton’s doctrine in support of the White Helmets’ request of a No-Fly zone in Syria for the protection of jihadist forces–  underscored on April 22, 2017, [1] that a report [2] from SWEDHR on the “White Helmets”, which mentioned that issue, has been quoted in the UN Security Council on April 12, as well as at a later date by Russia’s representatives in OPCW.

The newspaper also pointed out that the SWEDHR chairman had been interviewed by Russian television and given alternative explanations to those of Western media regarding the alleged chemical attack in Syria April 4. All which was followed by articles in other major media and in the Swedish medical journal Läkartidningen (LT) with accompanying comments. [3, 4] However the DN article was inaccurate in important respects, DN refused to give SWEDHR the right to a clarification. [5]

What was questioned in the DN article it was not the facts in our analysis, but what instead DN disapproved it was that SWEDHR chairman had been interviewed in the Russian media. We regard this objection as infringing the freedom of expression principle. [6] Principally in this regard, the infringements by DN and other NATO-acolyte media against article 19 in the UN Universal Declaration of Human Rights: [7] 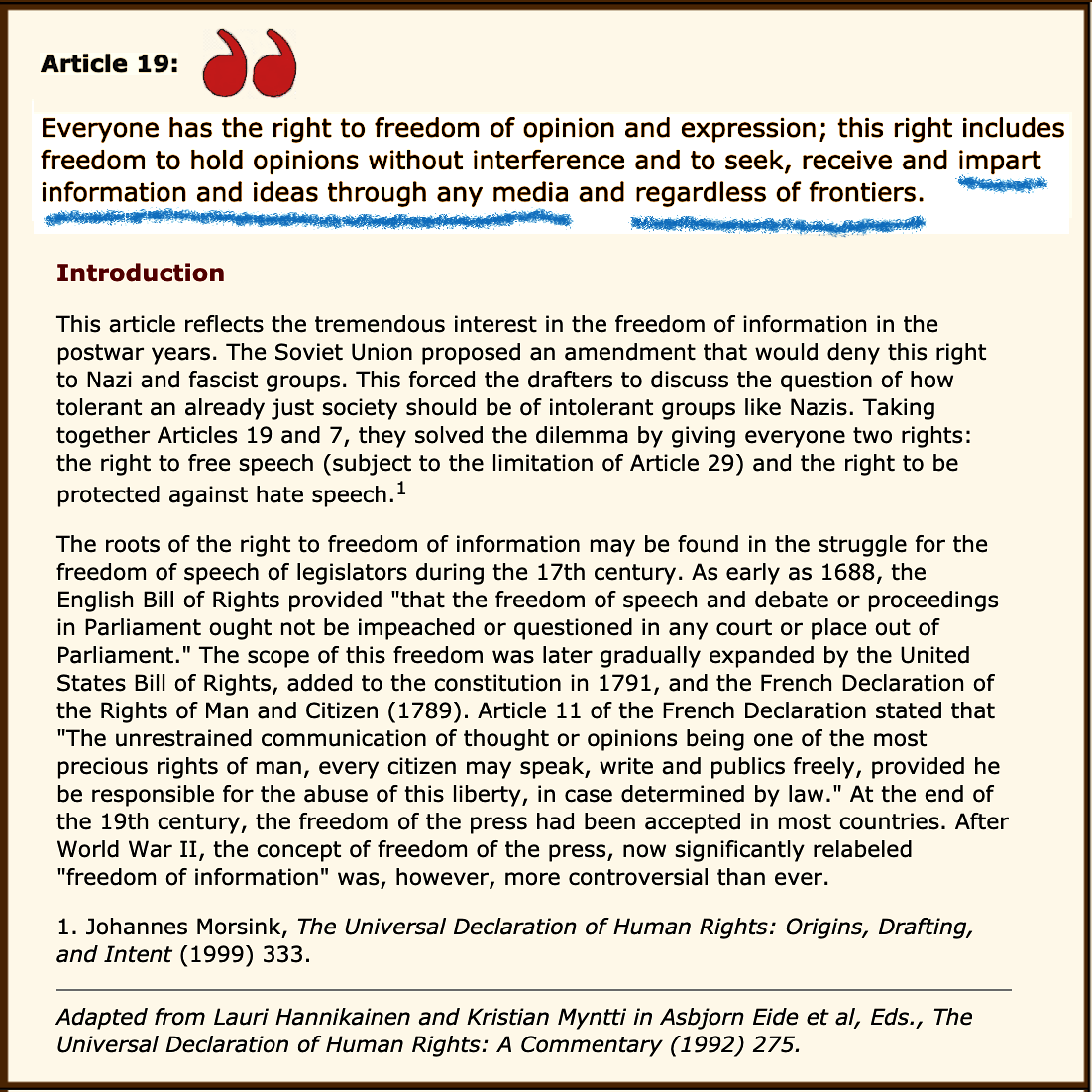 Neither mentioned DN that interviews with SWEDHR, on those subjects. were also conducted in other international media, including in the UK, Denmark and Italy, countries in Latin America. Added the fact that our report has been reproduced in several countries.

And the real relevance of a messaged conclusion about any investigation, it is whether it would be based in facts, whether those procedures and conclusions would be verifiable.  In which latitude and longitude the media transporting the fact-based conclusion is situated, it does not change the message’s essentials.

Nevertheless, what we miss in the criticism from our detractors in the mainstream media, are fact-based comments analyzing the conclusions or procedures in our investigations. Apparently, for them,  it is not about what we say, but rather to whom we are saying it.

Another criticism was that important assessments would have been made outside the field of our expertise, which we contest. The statements on this issue by the SWEDHR chairman fall within the research area of Injury Epidemiology. Several Italian media published the interview under the headline “I dubbi dell ‘epidemiologo sul raid col gas: i conti non tornano” [“The epidemiologist’s doubt about the gas attack: stats not corresponding“] [8]. Meaning, the expected death / injured ratio due to high toxicity gas attacks, is not seen in the data on the gas incident provided by the “open sources” ref. the alleged 4/4 attack. Possible political explanations for the 4-April attack are described elsewhere in The Indicter Magazine. [9]

Finally, we find that there are several organizations composed by Swedish doctors, that present their political views about a number of highly debatable international and/or social issues (e.g., ‘Swedish physicians against nuclear weapons’, ‘Swedish physicians for the environment’, etc.). Thus, SWEDHR should not be considered differently in this context. And those involved in medical ethical issues should instead agree with us that the use of dead children for propaganda purposes [2] is unacceptable.

We give us the right to continue expressing our opinions on “war crimes, human rights abuses, and state assaults to privacy and civil liberties”, based on the UN Charter and the Helsinki Declaration. [10]