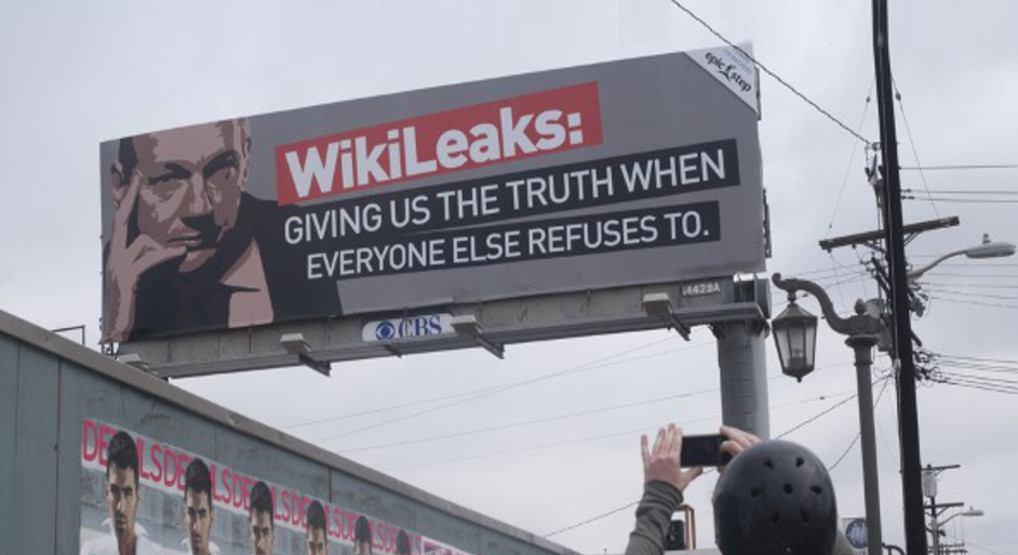 By Gary Lord. WikiLeaks didn’t only expose the Clinton Democrats, they also exposed the US media who collaborated with them. So now Hillary loses the election and walks off into the woods, leaving her colleagues in the Democrats desperately fighting to hold onto their jobs, not to mention party members. But the exposed corporate media, […]

WikiLeaks didn’t only expose the Clinton Democrats, they also exposed the US media who collaborated with them. So now Hillary loses the election and walks off into the woods, leaving her colleagues in the Democrats desperately fighting to hold onto their jobs, not to mention party members. But the exposed corporate media, whose credibility was already at historic lows, are also left fighting for public trust, which is critical to their survival too. No wonder everybody is so eager to blame the Russians!

So where did these Russian allegations come from? With so much confusion and disinformation swirling about, I’ve put together a timeline of significant events. Let me know if I’ve missed anything.

Lehel was originally indicted in Romania in 2014 on nine felony charges. “For me, it was easy … easy for me, for everybody,” he told Fox News.

In the process of mining data from the Blumenthal account, Lazar said he came across evidence that others were on the Clinton server.

With no formal computer training, he did most of his hacking from a small Romanian village.

Lazar said he chose to use “proxy servers in Russia,” describing them as the best, providing anonymity.

“Russian government hackers penetrated the computer network of the Democratic National Committee and gained access to the entire database of opposition research on GOP presidential candidate Donald Trump… The intrusion into the DNC was one of several targeting American political organizations. The networks of presidential candidates Hillary Clinton and Donald Trump were also targeted by Russian spies, as were the computers of some Republican political action committees, U.S. officials said. But details on those cases were not available.”

Hackers had access for about a year. Russia denies involvement.

Same day — @pwnallthethings details Russian “fingerprints” on hacked data. Others are skeptical that Russian spies would be so careless.

5 July 2016 — FBI close investigation into Clinton emails, saying she was “extremely careless” in handling her email system but recommending that no charges be filed.

NOTE: Assange has said he never talked to Guccifer 2.0.

“By dribbling these out every day WikiLeaks is proving they are nothing but a propaganda arm of the Kremlin with a political agenda doing Putin’s dirty work to help elect Donald Trump.”

“The Clinton camp has been able to project that kind of neo-McCarthy hysteria: that Russia is responsible for everything. Hilary Clinton stated multiple times, falsely, that seventeen U.S. intelligence agencies had assessed that Russia was the source of our publications. That is false; we can say that the Russian government is not the source.”

6 November 2016 — FBI says it has not changed their previous conclusion on Clinton’s emails.

8 November 2016 — Assange releases statement on US election, claiming WikiLeaks did not take sides, merely publishing what they had been given.

“The Clinton campaign, when they were not spreading obvious untruths, pointed to unnamed sources or to speculative and vague statements from the intelligence community to suggest a nefarious allegiance with Russia. The campaign was unable to invoke evidence about our publications — because none exists.”

December 9, 2016 — CIA tells U.S. legislators that the U.S. Intelligence Community has concluded Russia conducted operations during the 2016 U.S. election to assist Donald Trump in winning the presidency. Final US intelligence statement provides no proof of Russian involvement and contains no mention of WikiLeaks.

“I can tell you with 100% certainty that it is not any Russian state actor or proxy that gave the Democratic National Committee and Podesta material to WikiLeaks.”

12 December 2016 — Craig Murray says he met one of two leakers (both US insiders, neither linked to Russia) in Washington DC at the 2016 Sam Adams awards, which were held in late September.

Same day — NSA whistle-blower William Binney and other US intel vets say the NSA could be responsible for leaking the data, or would know who did it, and if Russia did it then NSA could easily prove that.

This was a very long election campaign and the Clinton emails were a recurring theme, as were leaks of Democrat data. While it seems certain the Democrats were hacked repeatedly — due to their own carelessness, ignorance or hubris — no evidence of Russian government involvement in such hacking has been provided. Malware with Russian “fingerprints” is commonly available and used by hackers worldwide.

Furthermore, there is no evidence at all that the data released by WikiLeaks was the product of a hack rather than an insider leak. The allegations that WikiLeaks were working with the Russians, or were played for fools by the Russians, have no evident substance whatsoever.

There are only three reasons why anyone would believe such things:

For the Democrats and the corporate media whose collusion was exposed by WikiLeaks, the real question is: what else are they going to say? If they admitted the truth, they would all have to resign.

Here’s a good summary of Craig Murray’s claims, which have been almost totally ignored by the media (now why is that?). As Murrays says, there’s nobody left in the corporate media who will report the truth.

It’s interesting that Washington Post (and The Hill), who got the initial scoops from US intel agencies (and hackers), have been leading the post-election attacks on Russia and WikiLeaks.

Not to be confused: WikiLeaks also published a searchable archive of Clinton emails, as provided by the US government to Jason Leopold via FOIA request.

UPDATE 1: 4 January 2017 — Another smackdown of unreliable Crowdstrike claims about Fancy Bear and X-Agent.