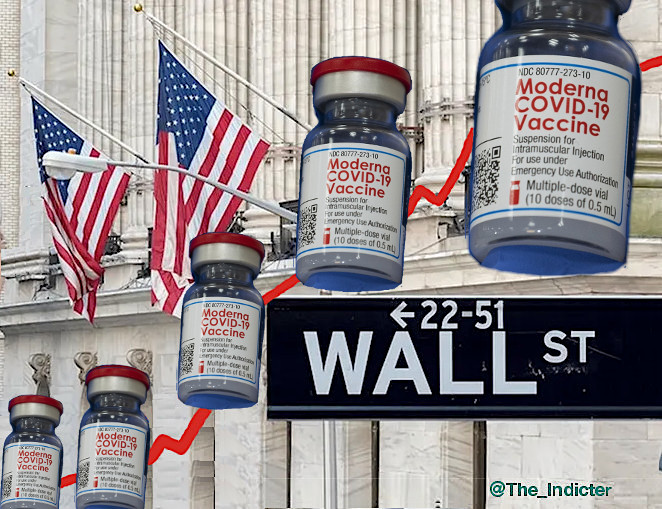 Fresh reports on the real mortality toll caused by the Covid-19 pandemic, added galloping upsurge of new infections in widely populated regions, call urgently all governments to institute this one and only priority: To drastically expand and increase the vaccination programs worldwide, by using all available brands. This, regardless of unethical geopolitical discriminations, and nevertheless the greedy stance of Western pharmaceutical corporations on the issue of vaccines patent waiver.

The Institute for Health Metrics and Evaluation (IHME),  an independent population health research centre at the University of Washington’s UW Medicine, has concluded in a recent study (6 May 2021) that COVID-19 has caused 6.9 million deaths globally, more than double what official reports have acknowledged.

This would mean that either the COVID-19 infections are also underreported, a phenomenon I have earlier indicated as correlated to scarcely Covid-19 testing, meaning PCR (polymerase chain reaction) and serologic testing, or that the reporting on the difference between excess mortality and reported Covid-19 deaths is also flawed; or both.

Meanwhile, as per 6 May 2021, the New York Times reports that over 1.21 billion vaccine doses have been given, all countries counted. This would mean that only a minor part of the world population –which is 7,9 billion– has received the jab. 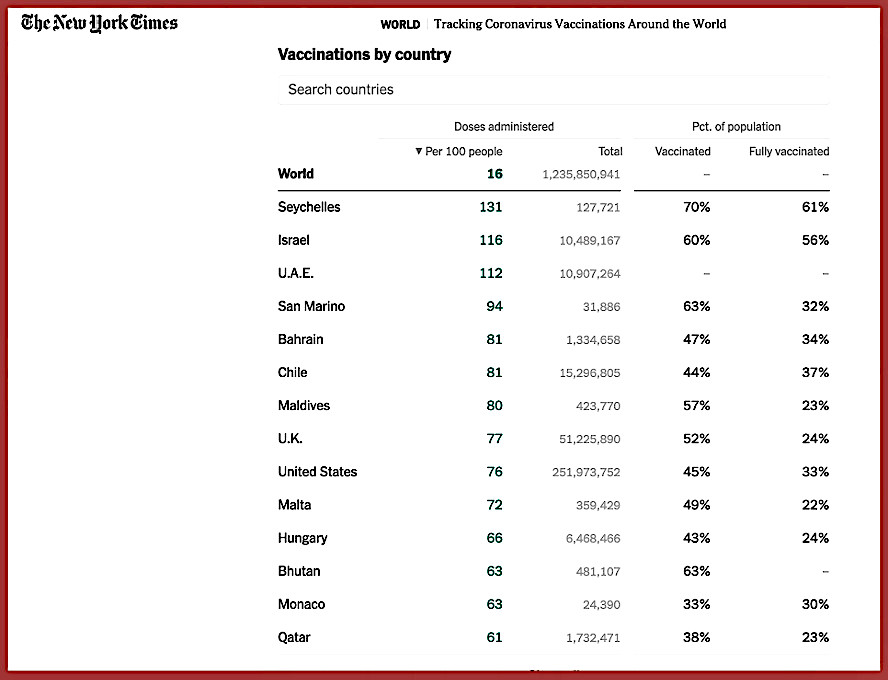 We shall also note that such figures do not represent the so far, immunized people worldwide. This because the aforementioned vaccine toll refers to the total number of doses administrated, but it does not identify how many doses correspond to the people cohort that has received only one shot (hence, not fully immunized), and those who had also received the second shot. As known, two shots are generally required to achieve a sufficient protection­ –as estimated by the vaccine producers.

Extrapolating the current proportion of the fully vaccinated (two doses) with regard to all administrated doses (e.g. 26.8 percent of the population of Sweden have received a first dose, whereas only 7.7 percent has been fully vaccinated –according to Blomberg’s vaccine tracker of 7 May), an approximate epidemiological estimation would be as follows:

Hypothesizing that (departing from the Swedish figures) only a third of the vaccinated population has received two doses of the total 1.21 billion, to achieve the goal of 70 percent vaccinated people required for ‘pan-immunity’ –and considering only the world adult population (which is nearly 6,6 billion) being eligible for a Covid-19 vaccination with “fully” efficacy (two vaccine shots), we are still missing about 12 billion doses to administrate.

In the European Union, only Hungary –which has vaccinated 43% of its population, and uses the Sputnik V vaccine– is among the leading countries in vaccine administration, according to a list published by the New York Times.

A second important issue arising in this context, is the response of Moderna and Pfizer to the initiative of temporally suspending the intellectual property or waiving of vaccine patents, which is an initiative I have advocated for since long. In an international  panel of experts aired live on RT News,  my final remarks were, regarding the production and distributions of vaccines, public health of the population has to come before the profits of pharmaceutic corporations.

This is why I naturally welcome the support recently given by the leaders of France and the Russian Federation on behalf of a Covid-19 vaccines patent waiver. Although Germany’s Chancellor Merkel says the US proposal on patent waiver would have ‘serious implications’ for vaccine production, echoing the arguments of Moderna and Pfizer –whose partner BioNT is of German residency.

At the times when almost seven million human beings have died of the cause of this pandemic in only one year and a few months; and where new virus strains emerge; and where in certain countries the daily recorded cases of Covid-19 infection, such as India, have reached more than 400,000 (30 April); and where the vast majority of the world population –particularly in countries with poorer economies, remaining needier as a consequence of the exploitation they have been subjected by corporations in the rich ones; etc. In sum, in the knowledge of this panorama of extreme vulnerability, to oppose the waiver of vaccines as Moderna and others are doing, entangles serious issues within medical ethics.

The above, added the known secondary effects that Moderna has caused, altogether makes incomprehensible that precisely Moderna has been named “world’s best coronavirus vaccine” at the World Vaccine Congress Washington (subsequently referred as to WVCW).

What were the criteria WVCW uses for this award? To the best of my knowledge (and my efforts to obtain it), no information has been given to the public. What was the rationale in this case that explain WVCW gave the award to Moderna? What were the stated reasons of not giving the award, for example  to Sputnik V –a vaccine with demonstrated superiority in terms of safety, distribution and storing, as well as in efficacy –and which was also shortlisted?

I have unsuccessfully tried to obtain an information on the rationale the said Congress had for that decision, or regarding the group of experts that would have decided the award. Neither the website of the organization, nor that of the said Conference, provides any information at all. The site that stands for the Conference organization does not even answer calls. What was really went on?

I will leave the conclusions to the readers of this column. For my part I will solely state the following facts:

The conference counted with 182 participants. After the reader  would check the whereabouts of the first third of speakers in the order they appeared in the list, it will be revealed that a 70 percent belongs to either the U.S. pharmaceutical corporate sector directly associated with vaccine production (the majority), and to a much lesser extent (11 percent), to U.S. universities researching in the field. Representatives of US government agencies are also on the list.

Moderna was the single most-represented company on that list of participants, followed by Pfizer.

WVCW “Scientific Advisory Board” is composed by 26 members, 23 of them affiliated or representing U.S. pharmaceutical industries –including a Pfizer vice-president– or academics from U.S. universities with research directly associated with the vaccine production. Added one representative of a U.S. government agency (USDA), another of the Billy Gates Foundation, and a Professor at London School of Hygiene and Tropical Medicine.

Would Sputnik V any chance to have its positive features objectively praised at the Washington institution? Likely not. And Alexander Gintsburg, head of the research institution which developed the Sputnik V vaccine, was right when he stated:

“I can say that it’s absolutely unclear how all this was evaluated, given the high mortality rate from mRNA vaccines”.

Would those in the greedy world of the Western pharmaceutical industry care for those facts? Hardly. The ethical stance of their managers and investors has now being distinctly recognized by the public, beyond all frontiers: It is deprived of all compassion, decency, and humanity.

And as an epilogue:

In the aftermath of the award bestowing by the WVCW to Moderna, Reuters informed that the pharmaceutical company “raised its 2021 sales forecast for its COVID-19 shot by 4.3% to $19.2 billion”.

This text was originally published as an op-ed in RT