by Gilbert Mercier. Death might be the ultimate equalizer, but in the case of David Rockefeller, considerable wealth brought unacceptable privilege and made  survival to illness obscene by any moral or even medical ethics standards. On August 24, 2016, David Rockefeller received his 7th heart transplant which made him, besides being the grandson of the United […] 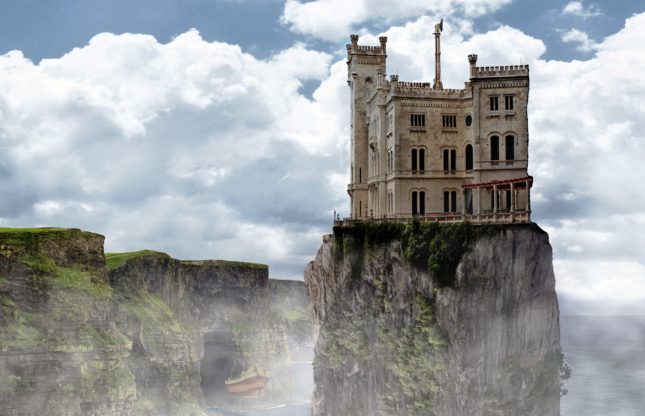 Death might be the ultimate equalizer, but in the case of David Rockefeller, considerable wealth brought unacceptable privilege and made  survival to illness obscene by any moral or even medical ethics standards. On August 24, 2016, David Rockefeller received his 7th heart transplant which made him, besides being the grandson of the United States’ richest man and first billionaire, the worldwide record holder for number of heart transplants. Coincidentally, musician Chuck Berry passed away a couple of days before David Rockefeller. While Chuck Berry’s lust for life will be a legacy of pure joy for generations to come, not only on earth but even far in the cosmos, David Rockefeller’s refusal to let life take its natural course came from greed and a lust for power. Rockefeller was the ultimate symptom of the sickness of our world, where quantity matters, and quality does not. 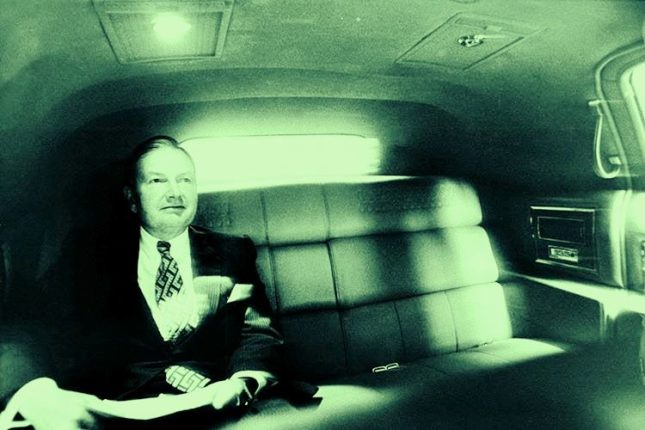 Even though Rockefeller was a key figure and, in many regards, one of the founding fathers of the globalist world order project, the speculations that his death is a major blow to the financial elite is a pie in the sky. The self-proclaimed Masters of the Universe of Wall Street are as arrogant as ever, all of them young crocodiles ready to feast on the carcasses of the old ones. Despite Rockefeller’s passing, the giant Hydra of the globalist swamp still thrives: one of the many heads was lost, a few will grow to take its place. This notion that a board matters more than an organ or an individual is, after all, part of the precept of the globalist doctrine, which David Rockefeller helped to structure in the early 1950s. Setting up networks, groups, or councils of his elite peers was always the Rockefellers’ philosophy, and it became the redoubtable strength of the one-world-order project. 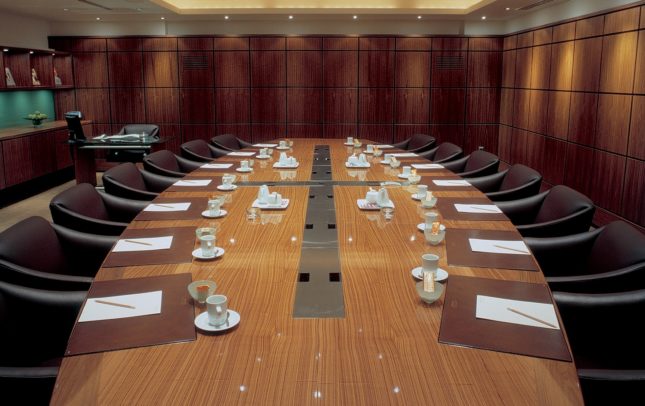 Like all prominent members of  the  globalist syndicate, David Rockefeller had nothing but contempt for the common mortal. Machiavellian plans to manipulate the public opinion, like one would mold a slab of clay, came easily to him. “We are on the verge of a global transformation. All we need is the right major crisis and the nations will accept the New World Order,” said David Rockefeller on September 14, 1994 at a United Nations meeting. Seven years later, almost to the day, the right major crisis would occur in New York City at the World Trade Center. 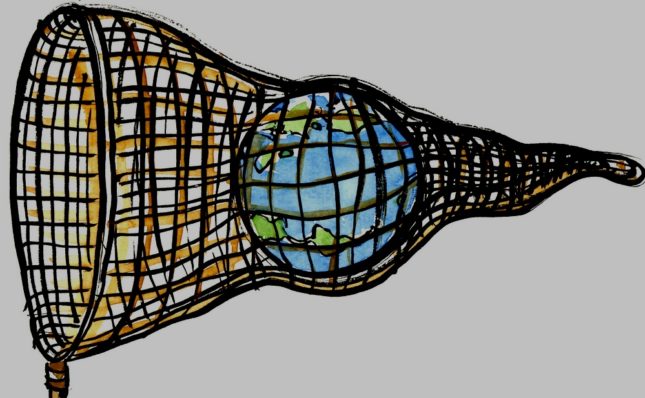 Under David Rockefeller as CEO, Chase Bank grew through a network of correspondent banks, including some in the former Soviet Union and in China in the early 1970s. Chase reached a network of about 50,000 banks, and it is the largest financial consortium in the world. As a key player in the globalist order, Rockefeller was instrumental in setting up the Chase International Advisory Committee (IAC) in the early 1960s. He was the IAC Chairman until 1999. The IAC was renamed International Council, after Chase’s merger with JP Morgan, and by 2005 included 25 members of the global elite from 20 different countries. This exclusive financial club has included Henry Kissinger, Riley Bechtel, George Shultz, Gianni Agnelli, John Loudon (CEO of Shell), David Packard, Henry Ford II, and current chairman Tony Blair. Ultimate oligarch globalist David Rockefeller was also the driving force behind the creation of the Bilderberg group, where he served for decades as gatekeeper, being the only member of the advisory board. It is through those various channels and groups of people that David Rockefeller quietly but efficiently influenced not only United States domestic and foreign policies but also world affairs. 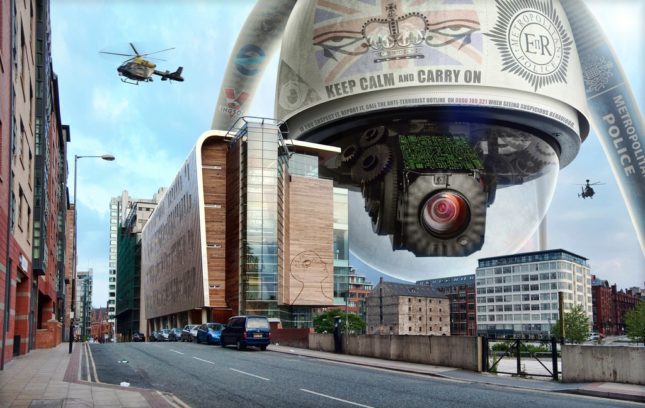 Rockefeller has been a behind-the-scene adviser of every US president since Dwight Eisenhower. Needless to say, his half-a-century friendship with Henry Kissinger was highly beneficial for both in world affairs. The two men met in 1954, and at first the patronage of Rockefeller was critical to Kissinger’s rise as a top policy adviser. To David Rockefeller’s credit, he was always upfront about his globalist agenda. “Some even believe we are part of a secret cabal working against the best interest of the United States, characterizing my family and me as ‘Internationalists’, and of conspiring with others around the world to build a more integrated global political and economic structure: one world, if you will. If that’s the charge, I stand guilty and I am proud of it,” wrote David Rockefeller in his memoirs.

Just like relatively newcomer George Soros, Rockefeller was extremely media savvy, and few news outlets dared to cross the billionaire, who, despite his relatively modest fortune of 3 billion, which is suspected to be highly under-reported, had a lot more sway and political power than his high-tech billionaire colleagues reported to be vastly richer. Rockefeller was a major force personally in the corridors of international power since the early 50s and, through his family network, for more than a century. In the globalist Orwellian construct, David Rockefeller had seniority, not only in age but also in influence, over Henry Kissinger and George Soros. Some fringe anti-globalist conspiracy theorists have recently claimed that George Soros doesn’t really exist and is another persona invented by David Rockefeller. This is nonsense, of course, and just as counterproductive as the characterization of globalists such as Soros, Rockefeller, and Kissinger as anti-Christ blood sucking vultures by Christian fundamentalists who support Trump. As a matter of fact, this type of lunacy is detrimental to valid rational critiques in the fight against a world order that, if successful in its final takeover still in progress, would enslave most humans for the benefit of a few thousand worldwide. This is what we are dealing with here: a prosaic fight for freedom and decent survival for all, not some chimeras extracted from fairy tales. 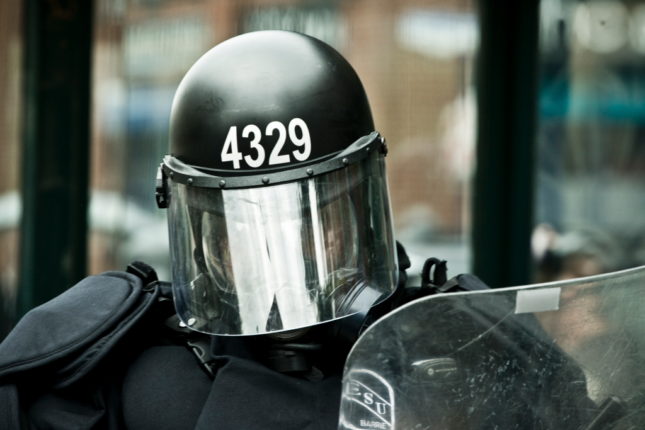 David Rockefeller was not Satan, but he was, just like his colleague and globalist partner-in-crime George Soros, a consummate kingmaker and puppet master. As such, Rockefeller played a big role in Bill Clinton’s rise to power. In 1991, when Clinton was Governor of Arkansas, Rockefeller invited him to the secretive Bilderberg group meeting, which took place that year in Baden-Baden, Germany. It was there that Rockefeller made the statement: “We are grateful to The Washington Post, The New York Times, Time Magazine and other great publications whose directors have attended our meetings and respected their promises of discretion for almost forty years. It would have been impossible for us to develop our plan for the world if we had been subjected to the lights of publicity during those years. But the world is now more sophisticated and prepared towards a world government. The supranational sovereignty of an intellectual elite and world bankers is preferable to the national auto-determination practiced in past centuries.” During the 26 years since David Rockefeller gave this speech, the lead globalists, their giant corporations, especially those of the military-industrial complex, as well as their obedient political helpers worldwide have worked hard to implement their plan to dismantle national sovereignty. 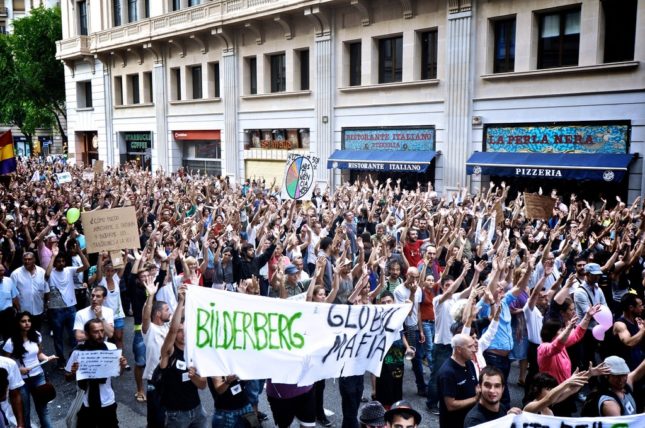 The BREXIT vote in the United Kingdom and election of Trump in the US were a reaction against the looming monstrosity of a world government dominated by a rarefied oligarchy, but at this juncture the globalists are alive and kicking, as the anti-establishment drain-the-swamp rhetoric seems to be not much more than a flash in a pan. Personality issues, spying rumors, accusations of collusion with a foreign government, and the threat of a so-called deep state are amplified by news outlets, fake and real. It is hard to tell the difference. These supposed issues have fostered a climate of fear and paranoia and been a distraction from real policy issues. Despite a Republican majority in the Congress, the Trump administration has so far essentially ruled by executive orders, some of which have been almost immediately challenged by courts. Level of wealth, rather than competence at a specific job, seems to be the criterion for being hired in the Trump administration. Judging by the facts alone, America Empire Inc. might have a new CEO, but the same people appear to be in control of the board, and if he were still alive, David Rockefeller’s voice would be heard on this. President Donald Trump’s budget proposal tells the story accurately: while most areas of the meager American social safety net could experience a cut, the Pentagon budget would increase by 10 percent. Mr. Trump has always been about money and business. As such, he understands that the military-industrial complex should remain the core division of America Empire Inc. So much for draining the swamp. 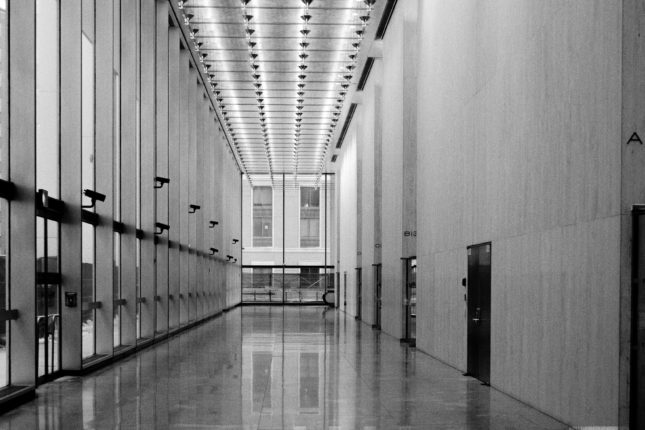 This article was submitted by author Gilbert Mercier on March 31, 2017. It was first published in News Junkie Post.  Composite one by David Blackwell; cartoons four and six Frits Ahlefeldt; composite five by Tom Blackwell; photograph eight by Paolo Di Tommaso; and photograph nine Zach Korb. Part of this article was published as an interview with Sputnik.