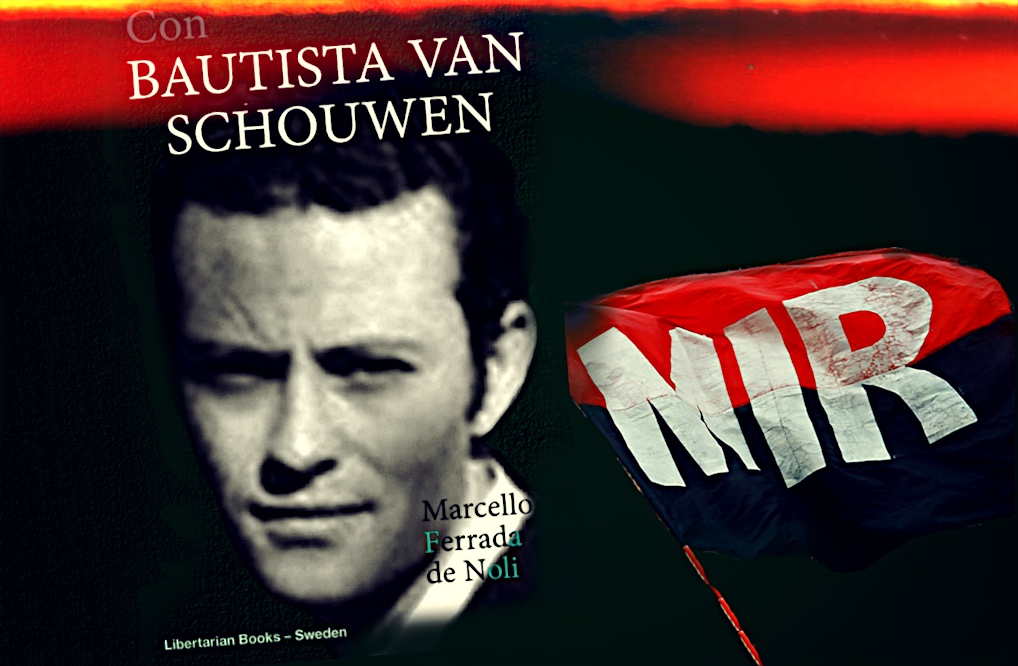 New book release by Libertarian Books, the publisher of The Indicter Magazine.

The young Chilean doctor Bautista van Schouwen Vasey was a revolutionary of Dutch descent and Saxon heritage – and whom the history of Latin American martyrs would welcome into his arms as a hero of the anti-fascist resistance, and of the Movement of the Revolutionary Left (MIR) in particular. After information given to the military by a Catholic priest, van Schouwen was taken prisoner by Pinochet’s Military Intelligence forces on December 13, 1973, cruelly mistreated at a torture centre in Santiago, Chile, and then executed with multiple firearms. He never talked. His bloodied body was then thrown from a vehicle on a central avenue in the city, and from there taken by others to the General Cemetery and buried under anonymous identity.

But not to let him rest in peace: soon after it was unearthed by military henchmen who burned his body to avert his recognition. Being declared by the authorities simply as a ‘disappeared’ one, the fate of Bautista van Schouwen remained concealed for years, amidst the uncertainty of his family and beloved significant others.

Personally, in addition of being a comrade from political eras even before our foundation of the MIR, Bautista van Schouwen is for me the memory of a very dear friend since our adolescent times, and together with Miguel Enríquez Espinoza. “Bauchi”, as he was called by family and friends- joined our group of ‘old’ peers since his arrival at the Liceo de Concepción, in 1959. The same as with Miguel Enríquez, we shared with Bauchi the same age.

Added the older brother of Miguel, Marco Antonio, the four of us would later form, around 1962 –while being 18 years old– a core of young revolutionary socialists, the “MSR”. This group was progressing organically and ideologically to end up with other currents in the founding of the MIR (the Movement of the Revolutionary Left) in 1965. Miguel Enríquez died in combat in 1974, while he was the general secretary of our organization. I was captured after the defeated resistance and managed to survive Pinochet’s prisons.

At the Russell Tribunal in Rome, 1974, I presented my first international denouncing against the Chilean Junta and specifically related to the disappearance of Bautista van Schouwen.

And with the years, while Pinochet was staying in London, in 1998, I filed  against Pinochet in Norway, and  thereafter I initiated a campaign to bring Pinochet to justice in Sweden, or any European criminal, for the  thousands assassinations committed by the Junta and his atrocious violations on the human rights.

The legal request I did in Oslo against Pinochet was specifically based in the case of my friends and comrades of arms in MIR, Bautista van Schouwen Vasey and Edgardo Enríquez Espinosa

More details regarding this long-standing endeavour can be found in the series Ferrada de Noli VS. Pinochet, Part IV.

The book “Con Bautista van Shouwen”, which material will be under updating until 30 December, can be read / free downloaded online at Libertarianbooks.se /

Comments are welcome, and to be addressed to editors@libertarianbooks.se /

The final version shall be also available in printed form,  paperback.