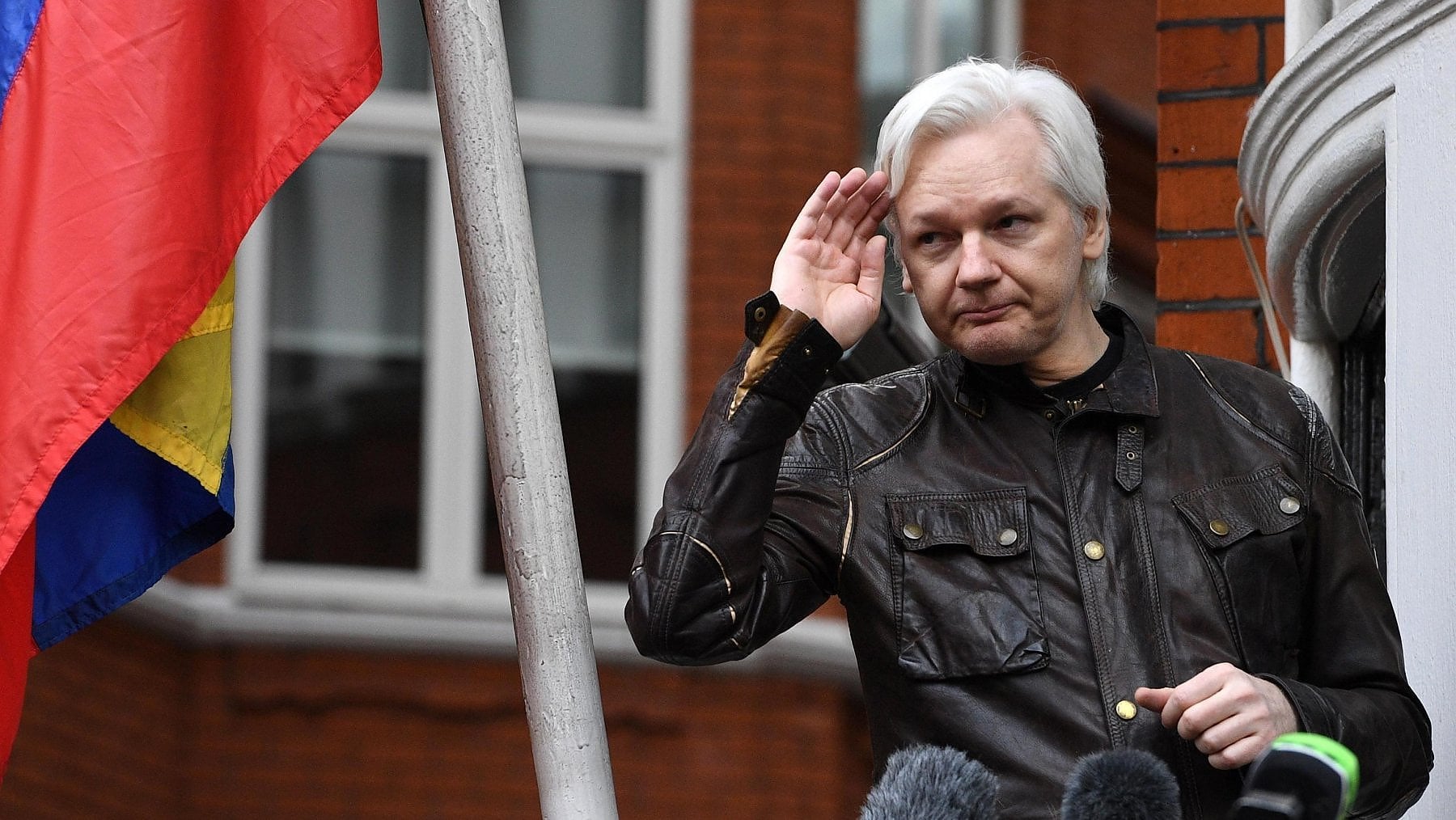 By Stefania Maurizi . They are destroying him slowly. They are doing it through an indefinite detention which has been going on for the last eight years with no end in sight. Julian Assange has become one of the most widely known icons of freedom of the press and the struggle against state secrecy. […]
By Stefania Maurizi
.

They are destroying him slowly. They are doing it through an indefinite detention which has been going on for the last eight years with no end in sight. Julian Assange has become one of the most widely known icons of freedom of the press and the struggle against state secrecy. Recently, his detention in the Ecuadorian embassy in London has been joined by isolation, strict rules and various forms of pressure which seem to have no other purpose than to break him down. A grip meant to destroy his physical and mental ability to resist until he either breaks down or he steps out of the Ecuadorian embassy,  unleashing the beginning of his own end.  Because if he does step out, he will be arrested by the UK authorities, and at that point the US could request his extradition so that they can put him in jail for publishing classified US documents. Julian Assange is in extremely precarious  conditions.

After eight months of failed attempts, la Repubblica was finally able to visit the WikiLeaks founder in the Ecuadorian embassy in London, after  the current Ecuadorian president, Lenin Moreno had cut him off from all contacts last March with the exception of his lawyers. No contact with friends, stars, journalists, no phone calls, no internet access. Indeed a very heavy isolation regime for anyone, but for Julian Assange in particular, considering that he has been confined to that tiny embassy for the last six years, and also  considering that for Assange the internet is not an optional like any other: it’s his world.

As soon as we saw him, we realised he has lost a lot of weight. Too much. He is so skinny. Not even his winter sweater can hide his skinny shoulders. His nice-looking face, captured by photographers all around the world, is very tense. His long hair and beard make him look like a hermit, though not a nutter: as we exchange greetings, he seems very lucid and rational.

,This regime of complete isolation would have broken anyone down, yet Assange is holding up: he spends his time thinking and preparing his defence against the US prosecution. But he spends too much time completely alone, with the exception of the security guards at the embassy. He is completely alone throughout the weekends. He is alone during the night, in the embassy building which has been girded with a scaffolding that makes  intrusions in the middle of the night easy.

The Ecuadorian embassy is problematic for journalists as well: to be authorised to visit Julian Assange, we have been asked by the Ecuadorian authorities to provide: “Brand, model, serial number, IMEI number and telephone number (if applicable) of each of the telephone sets, computers, cameras and other electronic equipment that the applicant wants to enter with to the Embassy and keep during their interview”. Such a request, unfortunately, exposes journalists to serious risks of surveillance of their communications. But in order to be able to visit Assange we provided this data, hoping we could keep our phones. As it turned out, providing that data was useless: when we entered the embassy, our phones were seized anyway.

The friendly atmosphere we had always experienced during our visits over the last six years is now gone. The Ecuadorian diplomat who had always supported the WikiLeaks founder, Fidel Narvaez, has been removed. Not even the cat is there anymore.  With its funny striped tie and ambushes on the ornaments of the Christmas tree at the embassy’s entrance, the cat had helped defuse tension inside the building for years.  But Assange has preferred to spare the cat an isolation which has become unbearable and allow it a healthier life.

The news that surfaced last week, revealing the existence of criminal charges against Julian Assange by the US authorities, charges which were supposed to remain under seal until it was impossible for Assange to evade arrest, vindicates what Assange has feared for years. He is now waiting for the charges to be unsealed, but in the meantime he is silent: the risk that he could suddenly lose Ecuador’s protection due to some public statement is not improbable these days.

Two years ago, the UN Working Group on Arbitrary Detention (UNWGAD) established that the UK (at that time Sweden as well) is responsible for detaining Assange arbitrarily: it should free him and compensate him. London did not welcome this decision: they tried to appeal it, but lost the appeal and since then have simply ignored it.

The British media has never called on the UK authorities to comply with the UN body’s decision, quite the opposite: some even lashed out against the UN body. If Julian Assange ends up in the hands of the UK authorities in the upcoming months and the US asks for his extradition, where will the British medial stand? Never before has the life of the WikiLeaks founder been so crucially in the hands of public opinion and in the hands of one of the few powers whose mission it is to reign in the worst instincts of our governments: the press.

This opinion article appeared originally in Repubblica.it/ and submitted by the author for republication in The Indicter Magazine 26 November 2018.