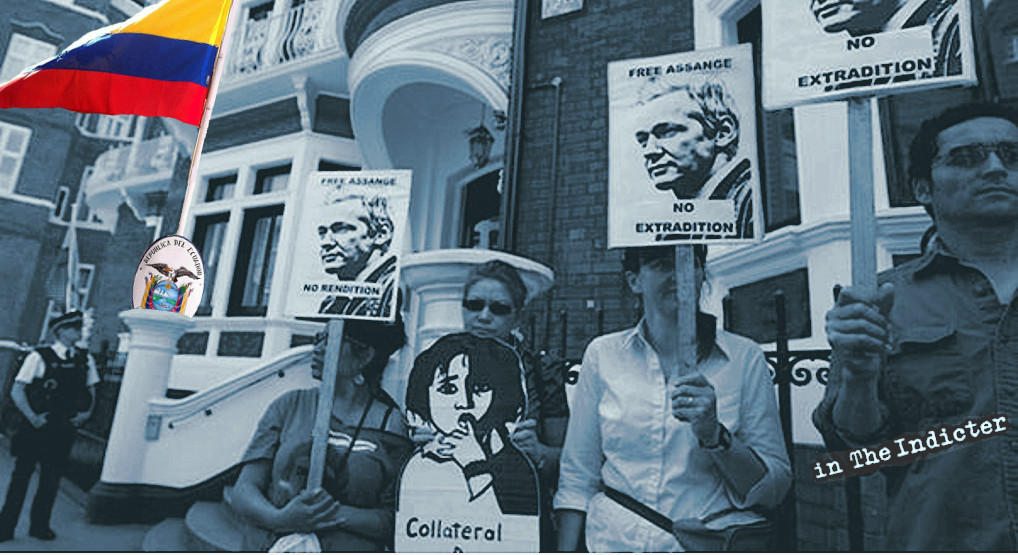 By Nozomi Hayase PhD. Member of The Indicter Editorial Board. We are psychologists committed to supporting the health of individuals and communities. We practice the psychology of liberation, which acknowledges the effects of social and political oppression in contributing to individual suffering. One of great liberation psychologists of our time, Jesuit priest Ignacio Martín-Baró, observed […]

We are psychologists committed to supporting the health of individuals and communities. We practice the psychology of liberation, which acknowledges the effects of social and political oppression in contributing to individual suffering.

One of great liberation psychologists of our time, Jesuit priest Ignacio Martín-Baró, observed how people live “burdened by the lie of a prevailing discourse that denies, ignores, or disguises essential aspects of reality” and are made to conform to “a fictional common sense that nurtures the structures of exploitation and conformist attitudes”. With this understanding, he initiated the practice of “the de-ideologization of everyday experience” to “retrieve the original experience of the oppressed and return it to them as objective data”.

Decades after his death, the liberatory praxis of Martín-Baró has been rekindled on the global stage. In spring of 2010, a little known whistle-blowing site, WikiLeaks blazed onto the global stage with the release of the Collateral Murder video, a classified U.S. military footage depicting an Apache helicopter killing of Iraqi civilians.

WikiLeaks’ subsequent revelation of government secrecy brought crucial information, evidencing the way States and transnational corporations steal the original experience of people, manipulate perception and exert control over their lives. Through these disclosures, people are now gaining a truer understanding of the world and beginning to transform themselves from state victims to active agents to take hold of their own reality.

Martín-Baró was murdered by the US backed El Salvadorian Army for challenging the official narrative of governments who silence the voice of dissidents and those who oppose exploitation and human right abuses. Julian Assange, the founder of WikiLeaks has become such a target for political retaliation. For the last five and half years, he has been detained without charge (first in prison and solitary confinement, then house arrest, and now for more than three years in asylum at the Ecuadorian embassy). We recognize him as an icon who stands up for the truth and engages in a similar struggle for justice.

On February 5, 2016, the United Nations Working Group on Arbitrary Detention (UNWGAD) ruled that Julian Assange has been arbitrarily detained since 7 Dec 2010. In support of their findings, over 500 human rights organizations, law professors, former UN office holders, and high-profile rights defenders signed an open letter condemning UK and Swedish governments’ blatant rejection of the UNWGD’s decision and urging them to ensure the right of freedom for Assange. This statement was released at the 31st United Nations Human Rights Council meeting in Geneva.

(here is the link to the original letter; http://diem25.org/urging-sweden-and-the-uk-to-free-julian-assange/)

We stand with this open letter concerning Sweden and the United Kingdom’s active defiance of the UN decision and we demand Assange’s freedom.

In addition as psychologists, we contend that the situation Assange has been subjected to by these governments created not only physical but psychological alienation, as he is denied and deprived of the basic need to be a part of a community and has been marginalized through demonization by the Western governments and media. Maintaining healthy human contact with the outside world and ones family and friends is a foundation of basic health. We express concern for the effect of such deprivation of psychological needs in the long term.

Martín-Baró once remarked to a North American colleague, “In your country, it’s publish or perish. In ours, it’s publish and perish.” WikiLeaks, as the publisher of last resort, continues this same battle that Martín-Baró and others engaged in, risking their lives and freedom to defend those who are oppressed around the world.

For the liberty of Julian Assange, we urge Sweden and the UK to respect the UNWGAD’s deliberation and show the world that Western enlightenment values and rule of law can triumph over barbaric forces of state terror and oppression.

Unlike the time of Martín-Baró, we hope now we can work toward creating a world where journalists can publish and not perish; that speaking up for the truth and the oppressed is no longer a crime, but is something all of society can celebrate.

Mr. Assange has not been charged with any crime in any investigation conducted in Sweden.

Both women explicitly denied having been raped. One woman says she was “railroaded by police” and they made up the charges. Early on, Assange was cleared of the suspicion of ‘rape’ by a chief prosecutor in Stockholm before it was then reopened by another prosecutor.

This statement was originally published on the Liberation Psychology Network site in support of Julian Assange’s freedom.