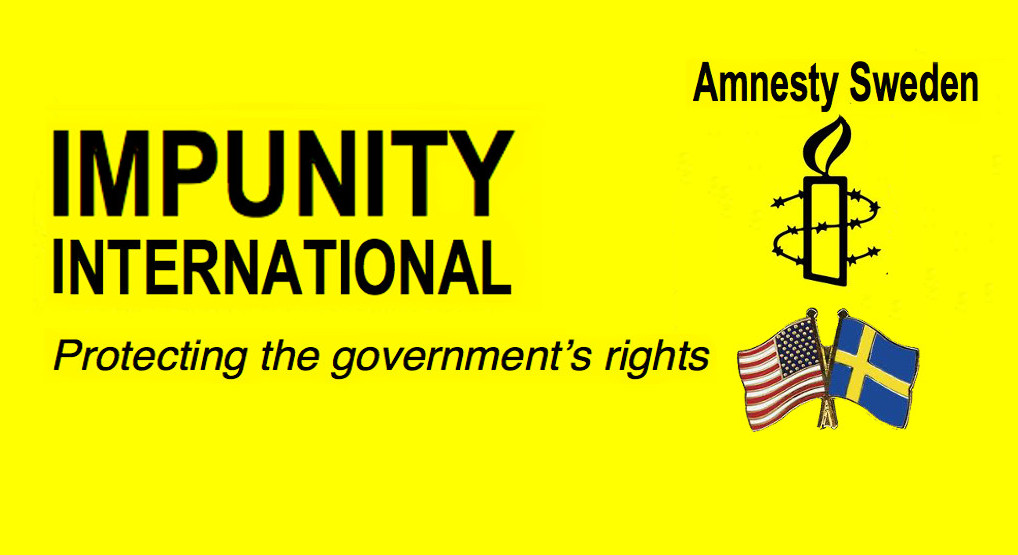 By Prof. Marcello Ferrada de Noli. Chairman of Swedish Doctors for Human Rights. Followed by an interview to Dr Leif Elinder .As reported in a recent article by KILTR, the Swedish Section of Amnesty International (here referred as to Amnesty Sweden) declared in a comment sent by legal advisor Madelaine Seidlitz, that my article in […]

The board’s proposals above won with a clear majority of votes from the delegates.

The Board presented as well other proposals that were approved by the delegates, such as a variety of economic details regarding remuneration for the members of the board of Amnesty International Sweden:

And one more question: How come that after seven years still whistleblower Chelsea Manning is not recognized by Amnesty  Sweden as Prisoner of Conscience in the US?

The Professors’ Blog [TPB] – The position of Amnesty-Sweden’s board members was known already, through your op-ed published by us, and in Swedish by Prof. Anders Rommesjö on Jinge.se. So I will ask you about the rest of the delegates, how come that the majority of delegates voted against your proposals on this variety of human-rights issues?

Leif Elinder [LE}– My impression is that the delegates in general, the members of the board included, have only a precarious background-knowledge on the cases of, for instance, Assange and Snowden.

TPB – But didn’t you have the possibility of explain to the delegates the reasons for your proposals, for instance the updates received since the last vote in 2013 on the situation for Assange in the US?

LE – Those possibilities were yet limited. As I explained in my op-ed the board changed the procedures by which the proposal-authors could reach the rest of the delegates. To star with, we were scattered in various “opinion-stations” in which we as proposal-authors could elaborate some arguments, but they were operating “simultaneously”, and also picked up by the delegates in voluntary basis; in other words it was clear tat the message would not reach the delegates as a whole.

Another aspect is that when we finally had the voting today, which happened with all the delegates being present, we  (the authors of the respective proposals) were given only two minutes to state our cause. I mean, we were expected to manage in those two minutes, both explaining why the delegates should vote for our proposals, and explaining our criticism to the respective contra-proposal by the board of directors.

TPB – Would you please give me the exact results, the vote-counting, for each of the grass-roots’ proposals rejected after the board’s suggestions?

LE – No, I can’t, because the numbers were not given. The “moderator” just asked the delegates to raise one arm as to whether they agree or not with the proposals. That was all. One could see thou that the board proposals – opposing our proposals – had majority.

TPB – You mean the vote was not secret?

TPB  –Well, I guess I could sum up with what you wrote in your op-ed, let me see, “The loser is not just a single proposal from an individual delegate, but also the democratic process as such.”

TPB – Finally, may I ask you what is your feeling about all this, about what happened at the Amnesty meeting?

LE – The worst is that they, the board, they lied to the delegates about their stance on guarantees of no-extradition for Assange. In the previous discussions they affirmed that a guarantee against extradition it would constitute a breach of the Constitution, “a crime against the Constitution” (“brott mot grundlagen“). That was a a strong argument, and a false argument, that convinced many  delegates for not support our proposal on behalf of the human rights of  Assange. But now the board is taking distance from that statement, and affirm that what they really meant it was, “it could be hypothetically that way”.

TPB – Hypothetically? Excuse me, but this new statement from the board seems even worse than the previous one. If it is true that they  believed only “hypothetically” it could result in a “crime against the Constitution”, well it is the same than to say that “hypothetically” it was not any crime at all. In either case they were obliged to search for an unequivocal juridical statement before plainly rejecting a proposal based on ignorance, or on that “they did not know what it could happen”.

Photo above: The author [at left] and with the interviewed colleague Dr. Leif Elinder [at right] at the Grand Hotel in Lund. Since long ago Dr Elinder has been proposing at Amnesty forums and “policy-making”meetings human-rights action initiatives  on behalf of Assange, Snowden, and the Guantanamo prisoners. Leif Elinder is a renowned Swedish doctor in pediatric medicine and a human-rights advocate, and he has also intervened in vital scientific research debates.

A background on the situation at Amnesty Sweden with regard to the issues above, is found in the article by Dr. Leif Elinder, “A democratic Swedish ‘Amnesty International’ should support whistleblowers”, also published in The Professors’ Blog.