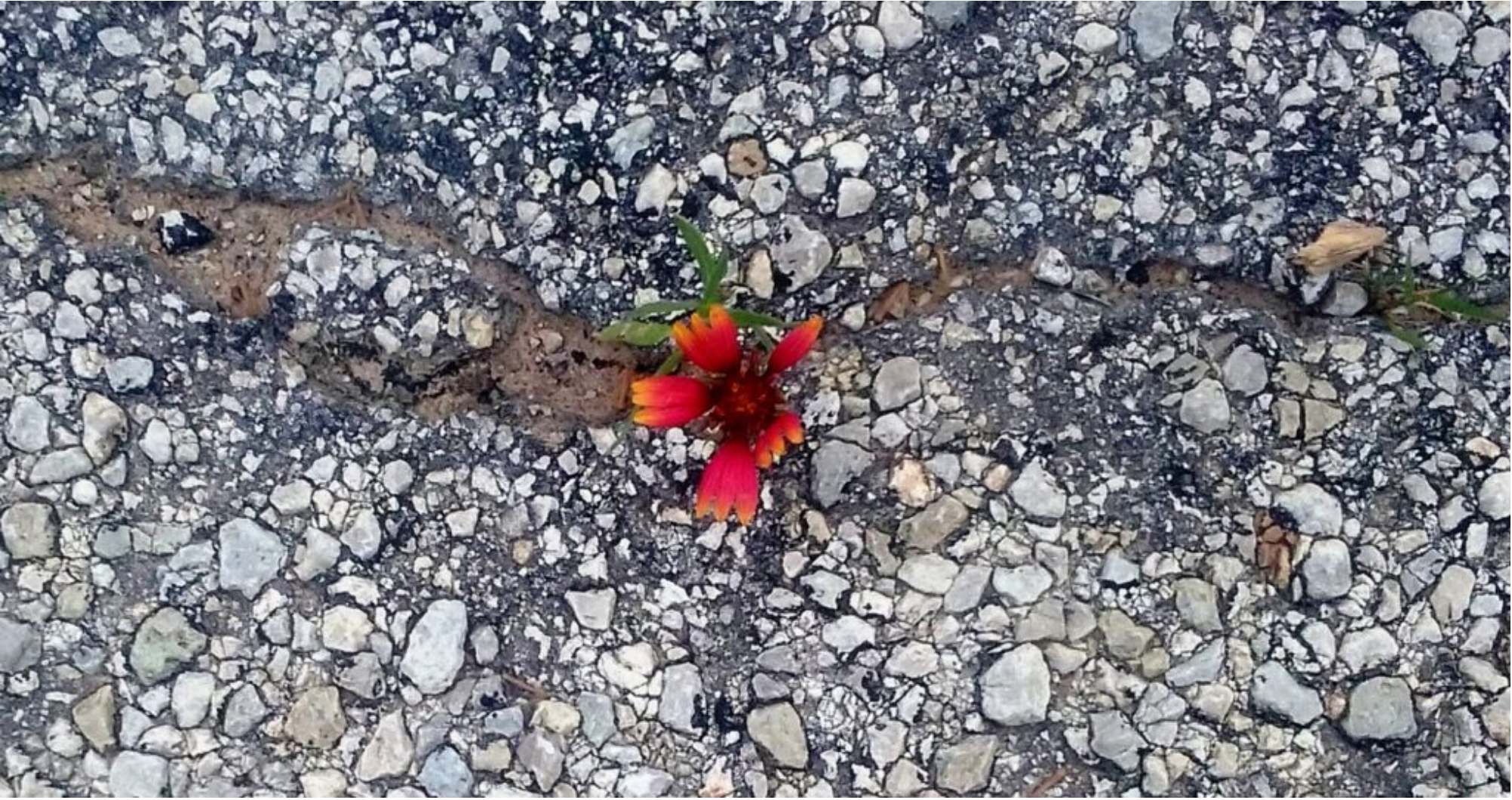 In our initial off air conversation, you asked me if I felt that we were “preaching to the choir,” as far as what could be an imminent collapse of humanity. In the United States, where we are, a large fraction of people are climate change deniers — even science deniers. After all, both the Vice President and the Secretary of Education are Creationists. Elsewhere, people are becoming aware that we are heading for a catastrophic outcome. For example, in France, in a survey taken on December 2, 2019, 60 percent of the population said they feared a collapse of our civilization. For them, the causes of this collapse would be: global warming with 36 percent, ahead of overpopulation with 17 percent, and finally social inequality with 14 percent. Only 27 percent of the surveyed people thought that COP25 would bring any solutions to deal with the climate crisis. The people quizzed in the survey were confused about how the world would be post collapse. They are not the only ones.

This is precisely the type of scenario that should be run by scientists, engineers, thinkers like you and me, and farmers. One cannot count on politicians, corporations, or even international institutions like the United Nations, to do this work. What is very interesting from this French survey is that people intuitively linked the three critical factors of the climate crisis. It is, in fact, impossible to address the climate emergency without dealing with overpopulation and social inequality. In effect, capitalism’s addiction to economic growth and population growth is responsible for our dire collective predicament. Unfortunately, the topic of overpopulation is still taboo with the so-called Green politicians. It must be addressed. The human population is currently 7.7 billion. One hundred years ago, it was 1.8 billion. This, of course, cannot be sustained. To give your listeners a simple summary of this, in what is the climate crisis deadly equation: more people (7.7 billion) = more housing + cars + consumption = fewer trees + less space for biodiversity. The third major factor of the looming systemic collapse is, as I mentioned earlier, social inequality. As matter of fact, our current brand of brutal global capitalism has become worse than feudalism was during the Middle Ages.

Today, 2,101 billionaires have more wealth than 50 percent of the world’s poorest population combined. This is a main part of the crisis. A large amount of this wealth is directly derived from oil and gas extraction. Twenty companies worldwide are responsible for a third of all carbon emissions! The top five are: Aramco, Chevron, Gazprom, Exxon, and British Petroleum (BP). Aramco and Gazprom are state owned, respectively by Saudi Arabia and Russia. Aramco is about to go public through an initial public offering (IPO), and investors worldwide are licking their lips over it. These 20 mega-polluters show that: yes, capitalism funds and fuels the climate crisis and profits from it. Yes, humanity might become extinct before the end of this century, largely because of the greed of its mega-rich and their political surrogates. Young people, especially, are starting to understand that we need a drastic systemic change in which their future will not be stolen by the madness of capitalist greed.

Before COP25, the European Union adopted a so-called climate law. If voted into place and made into a binding agreement, the target year for EU members to reach net-zero carbon would be 2050. Furthermore, EU’s greenhouse gas emissions would have to be reduced by 50 percent by 2030. This European “Green New Deal” mainly focuses on transport. On the other hand, scientists say that, to hold the temperature rise to 1.5 degree Celsius above pre-industrial levels, greenhouse gas emissions must be reduced by 65 percent by 2030. This is unlikely, considering that the world’s three biggest polluters, namely China, the US and India, are responsible for 80 percent of all emissions. To make the climate crisis officially an emergency is a good start, but we are already several decades behind and have passed many critical tipping points. Once again, a true response to the climate and ecological crisis requires a drastic rethinking of the socioeconomic system. We must challenge the capitalist construct that has, for decades, rewarded pollution, environmental destruction from a thoughtless runaway extraction of resources, deforestation, and the exploitation or more and more human labor.

The current catastrophic path is going on full tilt in countries like the US and Brazil, which are currently headed by climate change deniers in the persons of Trump and Bolsonaro. The EU plan barely scratches the surface, and functions, if you wish, like a band-aid on the Titanic. The neo-liberals like Macron in France and Trudeau in Canada, who claim to be progressives, mostly talk the talk. The only way to increase slightly our odds of survival, as a species, is to dismantle capitalism and its suicidal pathological quest for permanent growth, and the correlated stimulation of overpopulation to enhance consumption. The types of action truly needed would be unpopular. Imagine for a moment, the price of gas in the US rising to eight dollars a gallon, which would put it on par with gas prices in Europe. Imagine a worldwide moratorium, phasing out combustion-engine vehicles entirely by 2030. Imagine a worldwide one-child only law like the one imposed by Deng Xiaoping in China during the 1970s! Needless to say, most people would not willingly embrace those types of measures. Regardless, to salvage what we can, some pills will be hard to swallow.

As far as the United Nations COP25 climate conference, let’s not expect much real action from it. As my News Junkie Post partner Dady Chery said: “Another climate conference full of overpaid UN personel taking airplanes from all over the world with their wives or mistresses. It’s the UN way to blackmail the US, the EU, China and India into giving it money to keep quiet!”

Meanwhile, at the UN, during his opening remarks, Secretary General Antonio Guterres addressed world leaders by asking: “Do we really want to be remembered as the generation that buried its head in the sand?” But this is exactly what world leaders, politicians of all stripes, and corporations are doing! Systemic change is urgently needed, and it cannot be top-down, from elites who want to maintain business as usual. In a tragic irony that represents our times well, at the start of COP25, NATO leaders were meeting in London. Imagine what the $2.2 trillion a year, currently invested in the industry of death that we know as the global industrial-military complex, could do if it was invested in climate issues! Imagine that for a moment. It is likely to be just words and a stunt, but in this regard John Kerry has just launched an international initiative to address the climate crisis. It is called World War Zero. It refers to the fact that we must bring our carbon emissions to zero by 2050 to restrict global warming below catastrophic levels. Kerry stated that “things are getting worse, not better.” This is true, but Mr. Kerry should have another epiphany and suggest that his World War Zero should be financed by the $2.2 trillion swallowed up yearly by the global industrial-military complex. A few battles could be won!

It is getting worse. A recent scientific paper from the World Meteorological Organization concluded that 2018 set yet another record in greenhouse gas emissions. Since 1990, the reference year in the paper, there has been a 43 percent increase in the concentration of greenhouse gases in the atmosphere. Of this, 80 percent is CO2, and the rest is methane and nitrous oxide. The climate crisis is developing as we speak! People are dying from it worldwide. Millions are already climate change refugees. In a few years Venice, Italy, will be submerged, as well as Jakarta in Indonesia, a city of 10 million people. A consequence of global urban sprawl, due to overpopulation, is that extensive areas of land are covered by asphalt and concrete. No concrete wall will be tall or strong enough to contain the rising waters. Rapid successions of droughts, fires, and floods are not only on the horizon, they are right here, right now. This is, of course, a vicious cycle. Vast areas of the planet will soon become unfit for human habitation. This could affect 600 million people worldwide. Without fundamental changes before 2050, life on Earth will become hell for human survivors. People will fight for basic needs like food, water and shelter. Social behavioral rules could easily disintegrate.

It sounds like a paradox, but perhaps if humanity is to have an acceptable future, we should look into ways of life from the past. That is, before the Industrial Revolution of the mid 1800s. A future from our common past could be small subsistence farming communities like the Amish. A belief in technological fixes for our problems is, I am afraid, a pie-in-the-sky. Why, for example, invest in tech solutions for CO2 extraction when massive reforestation and microbial CO2 fixation are the perfect natural answers? Natural forces unleashed by the climate crisis might cure human arrogance for good. But the humility that humanity lacks will be discovered by most of us too late in this deadly game. The clock is ticking, and time is not on our side! For the past 50 years, climate scientists have accurately forecast global warming patterns. Based on current projections, even if countries follow through on pledged climate policies, the world is on track for about 3 degree Celsius of warming above pre-industrial temperatures by 2100. Scientists predict that this would be catastrophic. This is the worse case scenario we have to prepare for. How could we possibly adapt?

Vast subterranean city dwellings might be an option. This can be done, considering that the technology was successfully used to dig a massive tunnel under the channel between the UK and France. The wrath of the forces we have unleashed is upon us, and most people are still going on as if human life will never end. Instead of respecting our host, planet Earth, for its generosity, we have trashed it into a new mass extinction after squeezing it like a lemon. Homo sapiens, 350,000 years ago, and the primitive civilizations that followed, worshiped our blue planet! The Homo economicus of the post industrial revolution, in his ignorance and arrogance, thought he could exploit all resources and master all natural forces. This is about to end in a form of collective suicide, the consequence of 170 years of ecocide. Our current society is like a middle-aged overweight man with diabetes, who has already had one heart attack but still smokes a pack-a-day, eats red meat, bacon and eggs for breakfast, does not exercise, but remains in denial of his imminent death. If Homo sapiens were, by definition, wise men, by becoming capitalism’s Homo economicus we have also become Homo staltus or stupidus. Stupid and destructive.”

Editor’s Note: This article, previously published in News Junkie Post, is a partial transcript of an interview with Gilbert Mercier on “Collapse Chronicles,” hosted by Sam Mitchell. It was recorded on December 5, 2019. Gilbert Mercier is the author of The Orwellian Empire. All photographs by Gilbert Mercier. Please listen to the entire interview on YouTube (link below).