Our article-series in The Indicter, denouncing videos for propaganda aims by the organization “White Helmets”, had a wide spread. The SWEDHR report [1] [2] was ultimately cited in the session of the United Nations Security Council, as evidence contesting sources on the alleged gas-attacks imputed to the Syrian government (April 12, 29017). [3] We will soon be publishing an updated report on claims regarding the purported chemical attacks.

The reaction in the Western media on those revelations could be expected. The Western powers, which maintain the war against Syria by using proxy jihadist forces, have invested vast resources in the operation aimed to promote those proxy forces’ propaganda machine “White Helmets” which operate mainly in the al-Nusra Front (formerly al-Qaeda) held areas. The US has provided to those ends 23 million dollars, added £32 million [US$39.78 million] funding assigned to the White Helmets propaganda project by the UK government. [4] Germany and France have supplied equipment. Germany has raised its financial support to the White Helmets from $5.61 million $7.85 million”. [5] And Sweden has been active in constructing for that organization a ‘human rights’ façade by means of bestowing the “White Helmets” the alternative Nobel Prize. [6]

Hence, our revelations on the macabre using of children corpses for propaganda aims [7] have produced bitter reactions from the part of the mainstream media of the above-mentioned Western powers. For instance, state-owned German TV network ARD/BR contacted me with the hypothesis that Russian Television RT would have indulged in “fake news” while reporting an interview I had with that network around our exposure of the White Helmets videos [See “Swedish Doctors for Human Rights Reply to German ARD/BR-Television ‘Verification Team’ ref. RT interview on White Helmets video“]. [8] 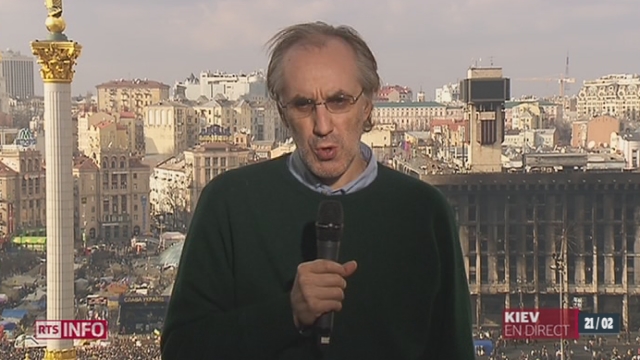 The response of Western media journalists have also in occasions taken a bizarre, seemingly desperate character. This is the case of a report published yesterday (April 14, 2017) by Le Figaro, and authored by its correspondent in Moscow, Mr Pierre Avril  [photo at left]. In the article En Russie, une curieuse thèse reprise pour exonérer Damas, [9] Le Figaro indulges in a series of libellous statements ad-hominem against the messenger of the objective research-conclusions they dislike.

Clearly, Le Figaro article carries none whatsoever argument in disputing the conclusions reached by the SWEDHR investigation on the White Helmets. In the absence of arguments based on facts, The Figaro journalist throw instead an slanderous, offensive attack on the author signing the SWEDHR report. I rebut here below the lies posted by The Figaro. I also comment the supportive statement  –likewise untruthful– done on behalf of the Le Figaro libel by a journalist of the Swedish TV, Mr Bert Sundström, formerly Swedish TV correspondent in Russia. [10] Sundström is referred by Swedish Television as an currently active SvT correspondent.

This article is a first respond to the libellous attack in-persona against the chairman of Swedish Doctors for Human Rights (SWEDHR), perpetrated by Le Figaro correspondent in Moscow. According to Swedish legislation, the statements described below would clearly constitute a criminal offence. In my view, these attacks also show the level of  corruption that some Western mainstream journalists have reached with regards to journalism professional-ethics and to ethics generally considered.

In rebutting the lies referred to my person, partly regarding claims of an non-existing participation in the Swedish public debate, and partly on my positions on dictator Pinochet, I was obliged to use a profusion of public images of my person, literary portraying different episodes of my public life that are  covered by the libel. I hope that this image-reiteration will not result too annoying to the reader.

See my documented academic CV, [11] including facsimile of diplomas & certificates, and links. Here below a sample referred to only Professor titles (profesor titular = full professor): Let me put it mildest. Nobody has hear about me in Sweden? Fine…except at the Swedish Television’s main news program “Rapport”, where Mr Bert Sundström actually works! [See screenshots below]. Not to mention exclusive interviews covering even personal aspects of my life done by Dagens Nyheter (DN), [12] Ystad Allehanda, [13] Arbetabladet, [14] and other newspapers. And not to mention a variety of op-ed articles published in DN, signed by my own in capacity of Swedish professor and/or medicine doktor. [14] And several exclusive interviews only on my research findings in DN, Svenska Dagbladet, Aftonbladet, Expressen, etc. [15]

And nobody has read in Sweden about Swedish Doctors for Human Rights? Fine…except for the readers of the main Sweden’s newspaper Dagens Nyheter (DN) , which has published op-ed articles signed by Swedish Doctors for Human Rights board members. [16] And except for all Swedish physicians members of the Swedish Medical Association and academics or journalists following the Swedish Medical Journal [Läkartidningen], or “Daily Medicine”|Dagens Medicin],  where it is found publications done and signed both by SWEDHR, [17] or separately by my own. [18]

Most of the interviews depicted in the sample with different screenshots linked below were conducted at the same news program (“Rapport”) at the Swedish TV (SvT) where Bert Sundström worked in capacity of correspondent in Russia, from where he was ousted due to his biased reporting

The insulting crusade by journalist Pierre Avril crosses here very many “red lines”. He refers to my person as “Ancient compagnon de route de Pinochet”. At first glance I refuse to believe that what I am reading is actually written that way. To be totally sure, I look confirmation in dictionaries with my expectation it will say I read wrong. Nevertheless the insulting is clear, in both expression and intention:

The journalist says also he has read an article in Wikipedia about this author. [19] He then, could not ignore the reports documenting that I have instead been fighting Pinochet, been a prisoner of Pinochet, tortured by Pinochet forces, and that finally, I tried to take Pinochet to an International Criminal Court. [20]

This one and only libel is more than enough for constituting a court case. As I anticipated above, according to Swedish legislation, and also according to Italian legislation, this is not only a terrible insult; it would constitute defamation, which is a criminal offence. [21]

The reader may wish to visit these sites, containing my direct witness report as protagonist in different episodes of the resistance against the fascist Pinochet- Click on the images below (or captions) for each chapter.

PART II. The Resistance aftermath. Prisoner at the Stadium [23]

PART III. My life as Pinochet’s prisoner in Quiriquina Island [24]

The libellous journalist Pierre Avril writes that I would have tasted espionage endeavours in Sweden [“En plus d’avoir goûté à l’espionnage“], a statement that he put forward immediately after his blunt lie about me being “Pinochet’s companion”. For the sake of the deception,  he deliberately omit that I was in fact in charge of the counterespionage unit of my former organization Movement of the Revolutionary Left, [26] at that time fighting in Europe the macabre Operación Cóndor created by Pinochet and his tyrant-colleagues at the government of countries of Latin America’s southern cone.

A brief description of my activity in this front is found in my article “The Swedish collaboration with US/NATO spying“. [27]

(6) Le Figaro questions to whom?

The journalist states that I have not answered questions to Le Figaro. I say that Le Figaro has never approached me in any form, or posed no questions whatsoever for me to reply.

Pierre Avril put forward a final “accusation” , that would have spend much time in my blog (The Professors’ Blog”) in the defence of Julian Assange [28] and the denounce of fascists in Ukraine, for instance those that perpetrated the massacre in Odessa, three years ago. [29]

The above is one thing that the otherwise libellous journalist got right. And I am proud of both have taken the defense of Julian Assange and I will continue denouncing the fascist in Ukraine.

[15] Exclusive interviews in Swedish press, or articles on research findings:

[25] Ferrada de Noli VS. Pinochet,  Part IV. Professor files VS. Pinochet, “Bring Pinochet to European Court of Justice”. Retrieved April 15, 2017. [For the texts, klick on the links below the image].

[28] In 2010 Professors blogg took as one central theme the defence of the Human Rights of the WikiLeaks founder Julian Assange, in several items infringed by the Swedish authorities and journalists in the Main stream media. This also  lead to a witness-testimony by the author on behalf of Julian Assange’s legal defence in London 2011. In July 2012, over 150 analyses and other articles had been published here on behalf of this human-right cause. Now, April 2017, together with the publications in The Indicter, the articles would be well over 200.

[29] The denouncing of the Odessa massacre deserved a special section in the SWEDHR.org site.