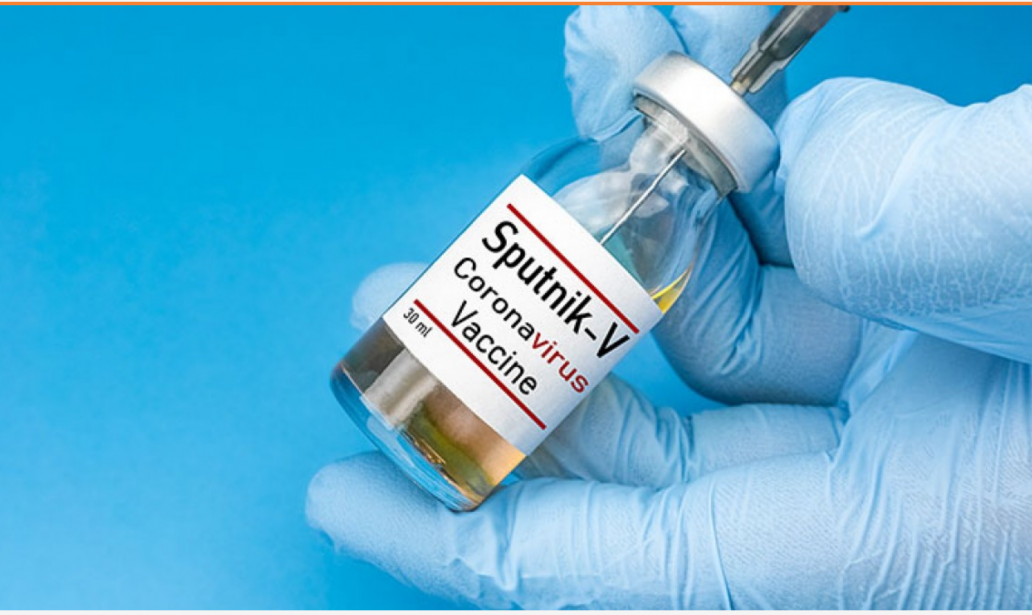 Professor, could you explain why you have decided to focus on the Sputnik V and do not want to wait for the Pfizer or Astra-Oxford vaccine to arrive? Is the Russian vaccine more effective from a pharmaceutical point of view?

The Russian Sputnik V vaccine was –to the best of my knowledge– the first to be reported in a scientific medical journal, i.e. The Lancet, in September 2020. The 95 percent effectiveness of Sputnik V has been also confirmed, which make it as effective as Pfizer’s at a 95 percent level. Then we have other issues which makes Sputnik V more adequate. Among these, a central factor is the greater convenience for transport and storing that Sputnik V has in comparison with Pfizer. It is a known fact that the preservation of the Pfizer vaccine it requires “South Pole temperatures”, as the NYT called it. This means minus 60 or so Celsius. Transporting is demanding and storing expensive, as countries in Europe and elsewhere would have to invest in so called “cold farms” to accommodate that type of vaccine as Pfizer’s. And then you have the issue of the price per unit. So, I would anticipate that countries elsewhere the tight influence of the West pharmaceutical corporations and the governments administrating their interests, will eventually opt for the Russian vaccine.

In your opinion, will Russia be able to beat everyone with its vaccine?

In theory, yes, at least in countries with less stronger economies, meaning vast populations of the world, for the reasons indicated above.

In one of your articles, you speak openly about the new “cold war” for vaccines against humanity. How does this clash manifest itself and what are its origins?

My basic stance on this is that health, and concomitantly, the right to stay alive, is a human rights for all, regardless nationality, faith or race. And it should be independent of the economic possibilities. The Corona pandemic is a world epidemiological phenomenon and it should therefore require a united world, a coordination of all countries’ research capabilities, to promptly produce an effective vaccine, affordable, or in the best case, free of cost, to all human beings.

Instead,  the pharmaceutical corporations in the Western world are using this “opportunity” for profit, including the production of Covid-19 vaccines. Those vaccines will be expensive for the poorer countries to acquire, not to mention transport and store.

In opposing vaccines like Sputnik V, that are as effective as the those purported being best in the Western market,  the NATO-governments and its satellites, apparently are doing their best to exclude from the international health agencies in which they are represented, e.g. EMA (European Medicinal Agency), a prompt evaluation of the Russian vaccine Sputnik V.

The issue that political, economic and even geopolitical issues play an important role in this “vaccine race”. For the Western governments, whose interests are intimately associated with those of the  corporate world, or I would say, identified with them, it is also about prestige, about fining better positions in the areas of geopolitical influences. Which in this case it is intended to cast doubts on the adversaries effectiveness or scientific reliability. It is about of trying to deny, or at least trying to occult, the benefits and achievements of Russian pharmaceutical products and proven scientific knowhow.

I’ll give this illustration. It is an information in public domain that EMA has already  initiated contacts with the Russian institution that produced Sputnik V. Yet, still EMA do not list Sputnik V in the list of vaccines under consideration. Why is this. I contacted directly EMA yesterday, and they could not give me, or were not willing to give me,  a clear answer. In fact, the EMA official I talked to, a medical doctor,  meant that  he was noy authorized to give me information on whether they are processing the Sputnik V vaccine or not. (I have the conversation on tape).

I protested and said that provided that EMA is under EU, their proceedings should be transparent. So the point is under who EU really is. 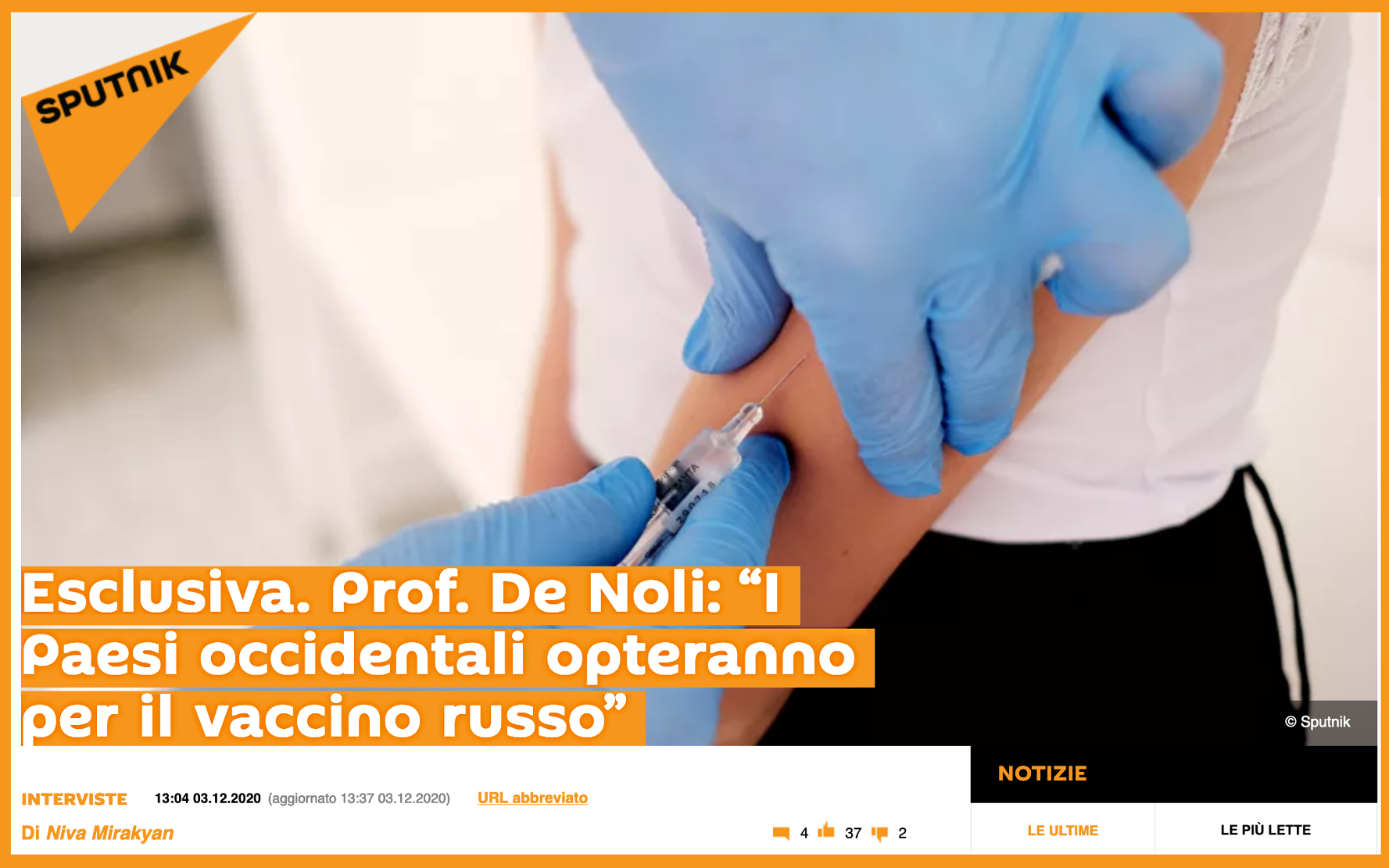 Are the Western media also involved in this “war”?

Oh yes, they are, to a great extent. I have earlier referred that main stream media in Sweden for instance, have not hesitated in distorting available information on the Russian Sputnik vaccine.  DN’s “Medical commentator” journalist  Amina Manzoor,  wrote  that “they [the Russians] have no vaccine. It is only propaganda”.  And in a popular program in  Swedish TV4,  another journalist, And Anna-Lena Lauren, which is correspondent in Russia, stated in front of the public viewers, ““It is very doubtful how effective this (Sputnik V) vaccine is, and above all, how safe it can be.

What can be done to stop this unnecessary conflict?

I would suggest that the WHO takes a more active role, objective and impartial, in coordinating a unique world vaccine initiative for the sake of public health for all, and not for the benefit of the Western pharmaceutical industry. I was very surprise to learn on Twitter that the World Economic Forum (WEF) “announced a partnership with the World Health Organization (UN), to form the COVID Action Platform for Business”. WHO general director is Tedros Adhanom Ghebreyesus, contributor author at WEF.

What concrete steps have you taken to purchase the Sputnik V?

First I took contact with a Russian official at the diplomatic representation in Geneva, whom I have met during an address I delivered at the Swiss Press Club in November 2017. I asked to whom I should address my initiative, and he advised me to contact the Russian embassy in Rome, as I was at that moment in Italy. Which I did.

At the same time I contacted unofficially the Mayor of San Giovanni Bianco and communicated my initiative. He replied what he would welcome the initiative but first it should be approved by the local health authorities. Content of my letter to the embassy has been openly made known in Russian Gazette, an official publication of the Russian government.

Where does the figure of 740 doses come from? (your calculations)

Those figures are from an study authored by a team led by Mayor of San Giovanni Bianco, Mr Marco Milesi. It was the result of a serological test screening developed in the town in May 2020 at his initiative. In the project also participated Bernardo Galizzi, administrative coordinator, and Dr Domenico Giupponi, medical coordinator of the project. It was the first of that kind in Bergamo province. The 740 figure represents all the population of age 70 years and older, which survived the severe pandemic in San Giovanni Bianco –one of the epicentres of the disease in the Lombardy region.

Would you be willing to get the Sputnik V vaccine yourself?

Yes, I would indeed. But I will not be eligible to the vaccine I am trying to obtain for the purpose above in Italy, this because I do not have an Italian health-insurance card. I only have the Swedish health insurance. But I am of course ready to be vaccinated with the Sputnik V, at the first opportunity that it arises.

Before being administered to the citizens of San Giovanni Bianco, the vaccination project must be positively evaluated by the competent ASL and local authorities. Did you have any feedback from them?

Not yet. Mayor Marco Milesi declared in an interview with L’Eco di Bergamo (30 Nov 2020) that they will wait until the Sputnik vaccine is approved by European and Italian health authorities. After that they will take the project into local consideration.

As a citizen of Sweden Have you analyzed the “Swedish model” against Covid-19? Could it also be adopted in Italy?

Yes, I have analysed the Swedish Covid-19 experiment in various publications, and deemed as flawed. I could well rply to your question with the title of my recent epidemiological report “Covid-19 case fatality rate in Sweden and neighbouring countries. Why Swedish herd immunity model should not be followed”, published among other in ConsortiumNews.