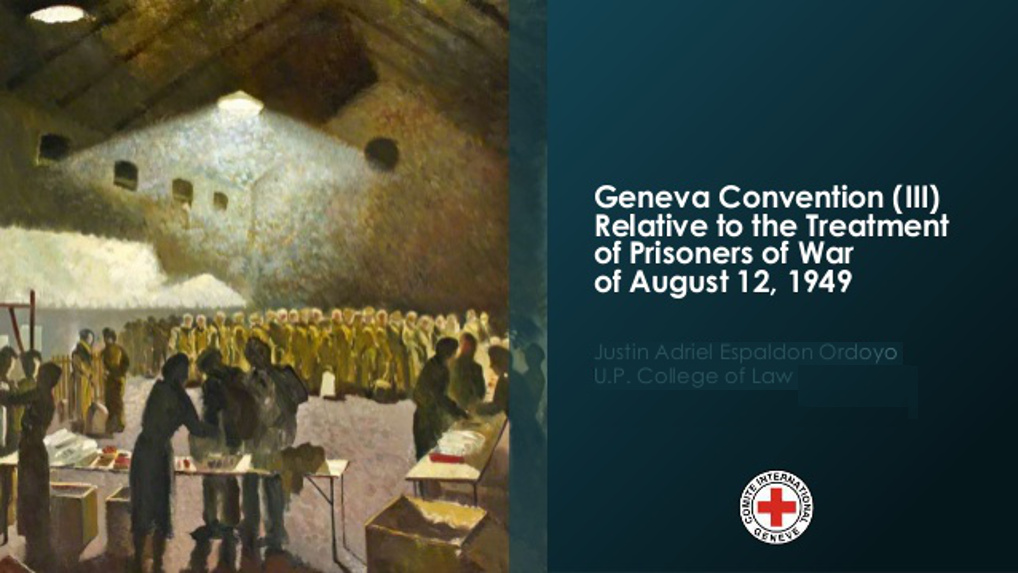 By Prof. Marcello Ferrada de Noli, PhD. Chair, Swedish Professors and Doctors for Human Rights –SWEDHR. Ukraine and the Democratic Republics of Donetsk and Luhansk should pursue a prompt solution for the prisoners exchange. From an international legislation perspective, the exchange of prisoners should not be viewed as an issue of war-behaviour primarily focused on […]

Ukraine and the Democratic Republics of Donetsk and Luhansk should pursue a prompt solution for the prisoners exchange. From an international legislation perspective, the exchange of prisoners should not be viewed as an issue of war-behaviour primarily focused on the interests of the belligerent parties, but on the human rights of those held prisoners.

Ukraine should discontinue delaying that process. On a simple contextual observation, one could say that the repeatedly objections put forward by the Ukrainian government in implementing the exchange of prisoners with the Donbass republics, may correspond to a general behaviour of human rights disregarding, e.g. the one demonstrated against domestic journalists, anti-war activists, Donbas pensioners, etc., etc.

However, there are also legal issues. The requirements by the Geneva Convention regarding human treatment of prisoners, is mandatory to all belligerent forces. And this is independent if one any of those forces refuses to recognize a “state of war” (See article 2 of the Convention), [1] as it has been the case of the Ukraine government, which since long has categorized its military action against the armed forces of the independent Donbas republics as only an “antiterrorist operation”.

Besides, the Geneva Convention makes clear that no distinctions it should be made between regular forces and militias or voluntary participants in the armed conflict (Article 4). Most interesting, the Convention takes particular care of mentioning the people that spontaneously take arms against military invading the places where they live. Reports from Ukraine categorizing those prisoners as “terrorists and mercenaries” are neither truthful, nor congruent with a lawful and a human-rights stance towards the treatment of the captive.

The international legislation also makes mandatory the “immediate” or “with no delay” sending back of prisoners which may be affected by a variety of health issues, apart of the wounded, etc. In other words, if the “repatriation” process takes the form of prisoners exchange, it should also consider that for those prisoners, the government of Ukraine has scarce possibility of manoeuvre or delays in agreeing with the implementation of such exchange.

Provided that Ukraine really would wish to be considered as a EU candidate country, it should start by behaving in abiding to basic human rights and international instruments, such as the above-cited Geneva Convention of 1949, And it should be added that there are two other legislation bodies with reference to prisoners of war: one before (1916) and another addenda-set of 1977, and which we may consider as complementing each other.

Now it has passed long over a year since Russia, Ukraine, Germany and France developed the ceasefire agreement in Minsk (February 2015). In addition, the recent April talks of the Normandy Four leaders also dealt specifically with the issue of prisoners’ exchange.

In spite of declarations of goodwill, Ukraine, nevertheless, continues making objections to an implementation of prisoners’ exchange, originally planned for early July this year. Ukraine’s representative in the Trilateral Contact Group, Mr Leonid Kuchma, declared few days ago: “We have still not approved it, there are still differences on the list…they (the DPR and the LPR) have 15 people more on the list than we are holding.”(“Kyiv Post”, 22 June 2017). But, would it really the inclusion or exclusion of a dozen people justify a delay which is detrimental for prisoners of both sides?

Furthermore, the Ukrainian government’s protracted delay to comply with the signature of the promised law that would grant amnesty to the participants in the eastern Ukraine conflict (see Minsk agreements) is a main obstacle for a comprehensive, all-for-all prisoner exchange solution.

Against the background of the negotiations on prisoners’ exchange, we find the unsettled issue of the military conflict. Ukraine blames the Donetsk and Luhansk republics for problems around the captives’ swap, but those prisoners are the result of military hostilities initiated by Ukraine at the Junta-times, against the population of Donbass. It is there where the core of the ‘prisoners-problem’ is, and therefore its ultimate solution resides: Stop the military aggression against the Donbass folks; respect their civil rights; honour the pensions to the Donbas elderly.

At present times, when a purported Kiev military victory over the people of Donbass seems further unrealistic than ever, Ukraine appears instrumenting the human rights of prisoners, including those from it own personnel, to obtain some scores in the current negotiation to halt a military conflict they seemingly cannot win.

Significantly, Mr Leonid Kuchma, the Ukraine representative in those talks, replied in May this year to the question on possible timeframe for concluding the prisoners’ swap: “Regarding this situation generally, no one can ever say when all this will end.” (Interfax-Ukraine, 17-05-2017)

Our organization Swedish Professors and Doctors for Human Rights advocates for a political / diplomatic solution for the Ukraine conflict.

Image credit: First slide in “Geneva Convention (III) Relative to the Treatment of Prisoners of War” by J Espaldon Ordoyo

The above article is a slightly modified version of the original text published in Izvestia 30 June. The author wish to thank to Izvestia journalist Anna