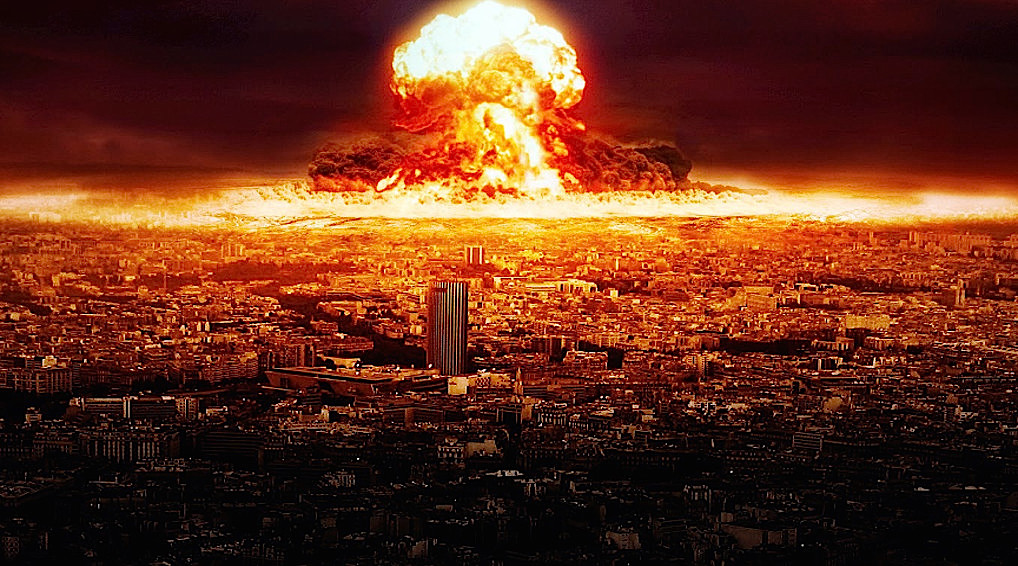 By Professor Jan Oberg PhD. You’re probably an avid consumer of news and reports in one or more daily media – local, national or global. You want to be well-informed and say interesting things when you meet friends and colleagues. And you certainly don’t want to find out that you’ve been taken for a ride […]

You’re probably an avid consumer of news and reports in one or more daily media – local, national or global. You want to be well-informed and say interesting things when you meet friends and colleagues.

And you certainly don’t want to find out that you’ve been taken for a ride by fake news, half-truths, bias or omissions by media that you trusted because you thought you could.

Now ask yourself whether you remember to have seen one or more of these essentially important initiatives and reports recently, all pertaining to nuclear weapons, the risk of nuclear war and advocacy of nuclear abolition:

1) That a large majority of UN members have drafted a treaty that shall declare nuclear weapons illegal, once and for all?
If not, go here and enlighten yourself on one of the most constructive and visionary initiatives in today’s otherwise gloomy world situation.

2) That a conference is taking place these very days about that goal and its process?
If not, go here.

3) That a scary new film shows why Americans should be very nervous about nuclear arsenals?
If not, go here.

4) That the Marshall Islands filed a lawsuit against all 9 nuclear weapons states for failing to comply with their international legal obligations?
If not, go here and see how the smallest actor of all took responsibility on behalf of 7 billion people.

5) That the Nuclear Crisis Group advocates – just a couple of days ago – that steps be taken urgently to de-escalate nuclear flash point such as NATO-Russia and North Korea?
It consists of predominantly former nuclear weapons commanders, ambassadors and scholars, mostly American
If not, go here – this report has not be mention by one single mainstream/make-believe media!

6) That there is an open letter written to Trump and Putin, meeting in Hamburg soon, urging them to declare that a nuclear war can’t be won and must never be fought and to cooperate on a series of other issues?
If not, go here – they are politicians, ministers and ambassadors from the US, Russia, Germany and England.

How many of these had you any knowledge about?

How prominently do you think they were featured if you saw them in the mainstream media – given their importance for the very survival of humankind?

If there were more than one or two you had never heard about, consider this:

There has never been a referendum about the desirability of nuclear weapons in any of the countries – also not those who call themselves democracies – that have acquired nuclear weapons. One must assume the reason to be that most normal citizens would not like to be “defended” by nuclear weapons.

It’s a tiny minority of countries, most of them NATO members who have nuclear arsenals. Many more countries have decided to never acquire nuclear weapons.

Let’s say that there are about 100 people in each of the nuclear countries who decide on whether or not to use nuclear weapons in a given situation – thus around 1000 people. It’s the largest concentration of power ever in human history – a God-like power to decide whether or not human beings worldwide shall continue to exist, or not.

In short, non-constituted, dictatorial and non-democratic. No one should be given the power to decide about the existence or destruction of 7 billion people. No political goal can justify it.

And finally ask yourself: Why do most of these so-called ‘leading’ media systematically ignore these issues today? Why is it that any sex scandal or details of the Cosby trial is more important? What should be our priorities?

Would it not be natural for them to provide public education and offer a fair hearing of the pros and contras of nuclear weapons and the whole mental and societal construction underlying these weapons – the nuclearism of our times?

Admittedly, I’ve got a nasty hunch: If citizens around the world were given free press balanced information instead of being kept in the dark, there would be a much stronger worldwide movement for the abolition of each and every nuclear device anywhere.

Further, thanks to humanity’s civilisational process these Evil weapons would be condemned and/or thrown on the heap of history as other evil constructs: slavery, cannibalism, absolute monarchy, dictatorships, child labour, pedophilia – and we would begin to question whether the exact same should not be done to non-nuclear weapons and wars too.

In the name of ethics, humanity, common sense and civilisation. The US $ 100 billion which are spent annually on nuclear weapons systems alone could be allocated to alleviating human suffering.

Top editors of the ‘leading’ media look to what they believe would sell on the – shrinking – market. If they served humanity’s 7 billion instead of about 1000 masters of (nuclear) war they might well get more readers and sell more subscriptions and be seen by citizens as a force for the common good, not an integral part of MIMAC – the Military-Industrial-MEDIA-Academic Complex – that runs all these wars.

Yes, I know I’m just using the main argument of the Zeitgeist: the market and what will sell and yield a profit to shareholders.

If media people would think in terms of common sense, ethics and civil courage too and give us diverse, balanced and critical coverage of nuclear war risks, so much the better! Until then, bless the struggling independent truth-seeking media on the Internet!

Make-believe coverage of the feasibility or legitimacy of nuclear weapons and war as well as omissions of the nuclear facts of our daily lives contributes to increasing that very risk – the risk of the unthinkable: the end of humanity and the world as we know it.

Editors Note: This article by Prof. Jan Oberg was originally published in TTF Associates, 30 June 2017. Republished in agreement with the author.

Jan Oberg is  a Peace Studies professor, PhD in sociology. Associate professor at Lund University, and visiting or guest professor at various universities. He is the founder of Transnational Foundation for Peace and Future Research. Formerly: Director of the Lund University Peace Research Institute (LUPRI); former secretary-general of the Danish Peace Foundation; and member of the Danish government’s Committee on Security and Disarmament.