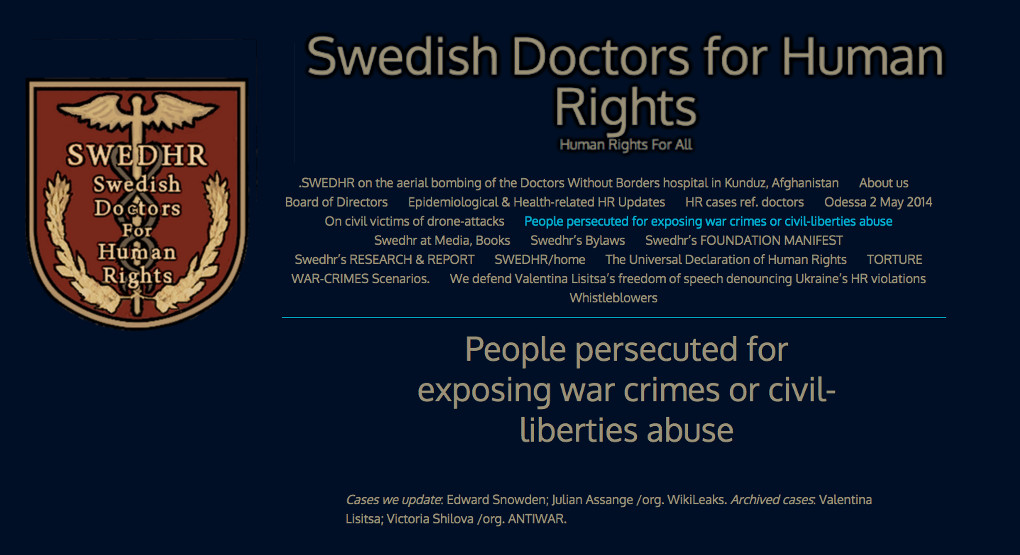 By Professor Marcello Ferrada de Noli PhD On behalf of Swedish Doctors for Human Rights (SWEDHR) Sweden has been internationally recognized in the past as a leading country on matters of human rights and respect of individual’s political and civil rights. At its peak, the ethical stature of the late PM Olof Palme positioned the […]

On behalf of Swedish Doctors for Human Rights (SWEDHR)

Sweden has been internationally recognized in the past as a leading country on matters of human rights and respect of individual’s political and civil rights. At its peak, the ethical stature of the late PM Olof Palme positioned the government of Sweden in the chairmanship of a variety of international bodies for world peace and for prominent participation in the non-aligned movement.

After the assassination of Olof Palme, which took place in the middle of an ad-hominem campaign driven by the Swedish press, a successive series of government initiated by Carl Bildt, and successively Göran Person and (Justice) Tomas Bodström, have transformed the independent stances of Sweden. The nation’s exemplar non-alignment was subsequently abandoned and has instead been converted into a geopolitical instrument of the US government, and a close partner with NATO – including the military assistance or direct participation in occupation wars. Further, the human-rights ideal that was once paramount to Sweden’s international policy was definitively buried by Carl Bildt’s period as ruler of Sweden’s foreign affairs. In consensus Sweden, the governments and monopoly media ultimately replace the citizens’ political initiative. Eventually, even the so-called Swedish Left Party, in which “radical-feminism” is a predominant factor, had no problem in voting in parliament for Bildt’s proposition on Sweden’s military participation in Libya under US-command. Those are the political forces behind Sweden’s today rejection of the UN-ruling declaring Mr Assange’s detention arbitrary.

The following determinant factor in the Assange case has to be also understood in the context of the military occupation of Afghanistan pursued by Swedish troops, under US-command. The US government asked in August 2010 the few EU nations participating under their military command in Afghanistan to initiate the prosecution of Julian Assange. WikiLeaks had published documents related to US military activities in Iraq and Afghanistan, denounced the wars there and published evidence that supported accusations of war crimes. Further, WikiLeaks exposed the secret Intel cooperation agreements (illegal in Sweden) between the Swedish government and the US, which entails providing to US private information gathered on Swedish citizens. Sweden was the only country among those integrated into the US-led coalition in Afghanistan that complied.

However, after nearly six years, all the main deceptions in the “legal” prosecution initiated by Sweden against Mr Assange are now widely exposed. These are the facts:

SWEDHR is the only Sweden-based NGO for human rights totally independent and not sponsored by the Swedish government. Previous statements by the organization have been referred by the Swedish Medical Journal (Läkartidningen), Dagens Medicin, France Press, Sputnik International, Wikipedia, and other international media.

See other statements and analyses on the case at SWEDHR’s section People persecuted for exposing war crimes or civil-liberties abuse.