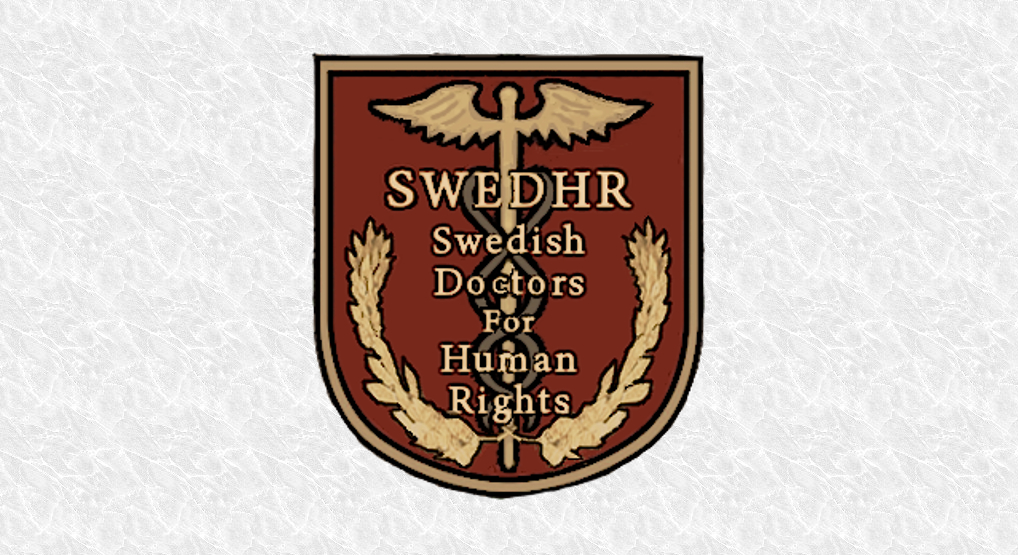 SWEDHR have performed several analyses around reports on alleged chemical attacks in Syria, which mostly have been originated in claims by the White Helmets and associates. In the main, our conclusions were that the alleged evidence appear clinically and epidemiological flawed. For instance, in regard to the Khan Shaykhun incident, as put forward in a document by the SWEDHR chair recently published by the United Nations Security Council. [1]  We have also asked for independent, non-biased investigations done by meritorious scientists, instead of politically appointed investigators. In spite that was all we have centrally said on the ‘gas attacks’ issue, we have been unjustified attacked by some mainstream media in Sweden, led by Dagens Nyheter, [2] and elsewhere by Der Spiegel, [3] Le Figaro, [4] etc., and in social media –including deleterious references to our organization by Mr Kenneth Roth, [5] president of Human Rights Watch.

However, in recent weeks, the United States Defence Secretary, General (Ret.) Jim Mattis, announced in a press conference that they do not possess evidence of a sarin attack in Syria. [6] Days after, the French Defence Minister, Ms Florence Perly, declared that neither France has confirmed evidence of chlorine attacks in Syria attributed to the government forces. [7] Both statements bring unequivocal support, and further credibility, to the conclusions on the very same issues we achieved at SWEDHR, published in April, May and November 2017, respectively (See Notes & References).

Concomitantly, our firm stance about the probe-issue regarding allegations on gas attacks in Syria, by no means contradicts our equally solid stance of considering the eventual perpetration of such an attacks a hideous war crime. Neither our demand for a beyond-doubt evidence regarding the alleged responsibility of the Syrian government represents a per-default political endorsement.  SWEDHR is by definition opposed to the notion of war. [8] Unlike HRW, we have not advocated for the bombing of Syrians, [9] or for a No-Fly Zone, such as the White Helmets and associates do [10] – which in practical terms would only enable the intensification of belligerent input from jihadists fighting for an Islamic State in Syria. [11] We have instead repeatedly advocated for a prompt settlement of the Syrian conflict via negotiations. We view the Sochi peace talks as positive and crucial in those regards, and we concur with UN Special Envoy Staffan de Mistura, that the progress made in Sochi may be also seen as contributing to the Geneva process. [12]

SWEDHR stances are absolutely independent, [13] we are not bounded to any political or financial interest; we do not receive any support, financial or otherwise, from any government, company or institution –as is the case of ‘stream human rights organizations’ such as Human Rights Watch or Amnesty.  We demand respect for SWEDHR authentically independent commitment, and we will held in the future zero tolerance to libelous accusations in the stream media and social media which would contend otherwise. To this end, we are working for establishing the means for eventual legal actions.

As an example, the organization Reporters Without Borders, RSF, called the cancellation of the Swiss Press Club conference on the White Helmets of November 2017,  referring SWEDHR as an “organization that, according with our information, acts as a tool of Russian propaganda.” [14] We openly challenged RSF to either publish the evidence for such an allegation they made in a public letter, or otherwise “to shame”. [15] RSF did not reply.

SWEDHR doctors analyzed in March-April 2017 video material posted by the organization White Helmets on alleged life-saving procedures of infants [16] [17]. The conclusions of these analysis or whereabouts of its authors have unfortunately been distorted, like in the case of the article in Codastory.com propagated by Kennet Roth, [5] or a publication by Veterans Today, which we have already refuted. [18]

In recent weeks have further references to the SWEDHR doctors’ conclusions on the above-mentioned videos recirculated in social media. For instance this formulation, which could wrongly be attributed to SWEDHR (because it is placed immediately after our statement), says: “The implication is that the White Helmets may have actually killed children and/or were using already-dead children ‘as propaganda props’.” We wish to make clear, that is something SWEDHR doctors never have affirmed, neither implied.

Instead, the conclusion by the SWEDHR doctors was:

“Lifesaving procedures on the children showed in the White Helmets videos were found to be fake, and ultimately performed on dead children…Which is not the same than affirming that the personnel seen in the videos caused the dead of the infant. In forensic terms, the actual cause of death, as well as the mode and the issue of intent, refer to different items than those treated in our analysis.” [17]

We would like to detail our stance on the White Helmets issue, in order to avoid further misuse or misreading of our investigations:

Even if we have contributed to expose fake life-rescuing episodes as shown in materials posted by the White Helmets themselves, our criticism differs from other authors or news platforms. As the SWEDHR chairman conveyed expressly on behalf of this board of directors at the Swiss Press Club conference of November 2017:

“The point for us has not been to demonise the individual participation of some well-minded volunteers deploying natural solidarity with civilians, which in a given moment are –tragically as in all wars– victims of a collateral damage. Neither is the case to criticise the humanitarian rescue-activity per se, in those cases in which that activity has been real. Instead, our analyses on the White Helmets materials aim to focus on two mayor issues pertaining the White Helmets as institution: a) The geopolitical significance of the White Helmets as an international construction in the propaganda war, and b) The using of this organization as a main source of information by UN investigative commissions.” [20]

We mean that although we do not deny that its individual ranks may have occasionally performed rescue maneuvers, we consider the organization White Helmets as mainly a political organization, with self-declared political aims, and with a war-propaganda purpose which coincides with the geopolitical interests of the powers that finance its operations. We find highly demonstrative that the White Helmets operate solely in territories in the main under the governance of militant jihadists formations, fighting for replace a secular government for a Sharia fundamentalist rule. [11] Which makes even more incomprehensible the support given to this organization by democratic, secular European countries such as Sweden. [21]

We hope the above clarifications will help to a more objective analysis about SWEDHR participation in this principal human rights debate, done in the context of a war which have costed nearly half million lives, and further risks a tragic geopolitical enhancing.