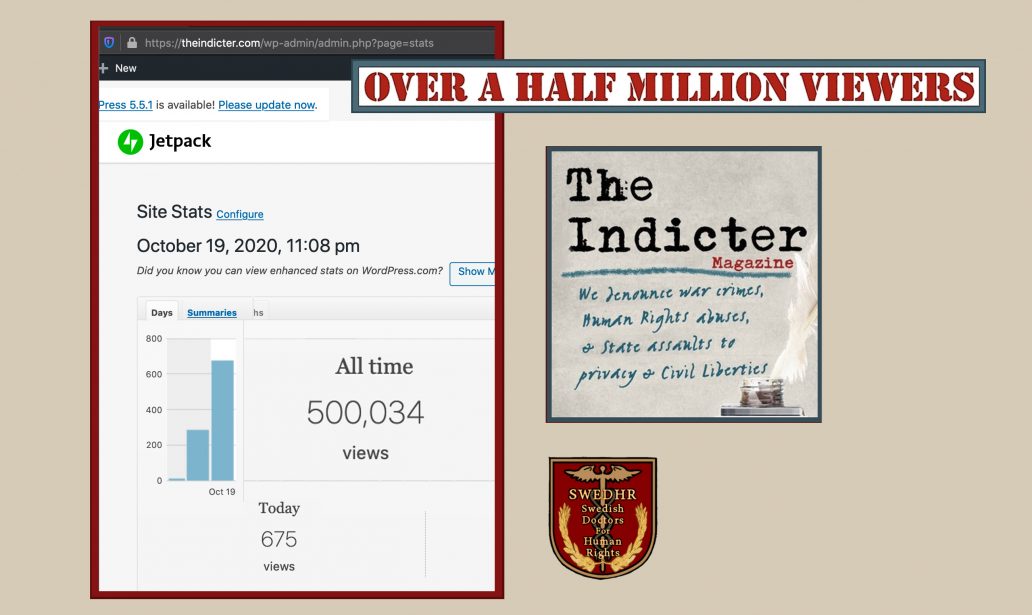 Our aim is to analyze human right issues with international impact. We also examine and share geopolitical-relevant news about Sweden that otherwise would remain known only by a self-affirming Swedish governing class and commentariat. Conversely, we give interested Swedes an insight on the international opinions about Sweden, which the state-owned and mainstream media restrict. The few media sites that publish in English from Sweden are heavily financed by the Swedish state and are devoted to a pro-NATO agenda of biased news despite Sweden’s ostensibly neutral status. In recent years, we advocated for Sweden to abide with the UN decision (UNWGAD) requesting the immediately freedom of Mr Julian Assange, the founder of Wikileaks. Not complying with this resolution put Sweden in a most precarious situation regarding its credibility as “human rights” loving nation. We still struggle for his freedom.

This is the background: While implementing the initiative of founding Swedish Doctors for Human Rights, the need of a publication to allocate our statements did arise. The publication, “SWEDHR Research & Reports”, took the format of a research bulletin and has published 57 reports in two volumes. Afterwards, realizing that the journal’s content was referring predominantly to a Swedish thematic – added that some reports were in Swedish- we found necessary to establish a new publication focused on more general geopolitical subjects in a wider international context, yet associated with human rights issues. Ensuing, “The Indicter” was born and it took definitely shape in November-December 2015, and right from the beginning we have published using technical equipment provided by Libertarian Books – Sweden.

The Indicter Magazine and The Indicter Channel are non-sponsored and independent outlets. The production is done by Libertarian Books Sweden and it receives financing from nobody. So far we have not asked to our readers for donations, and we are fighting hard to staying that way. Site stats recent updates: