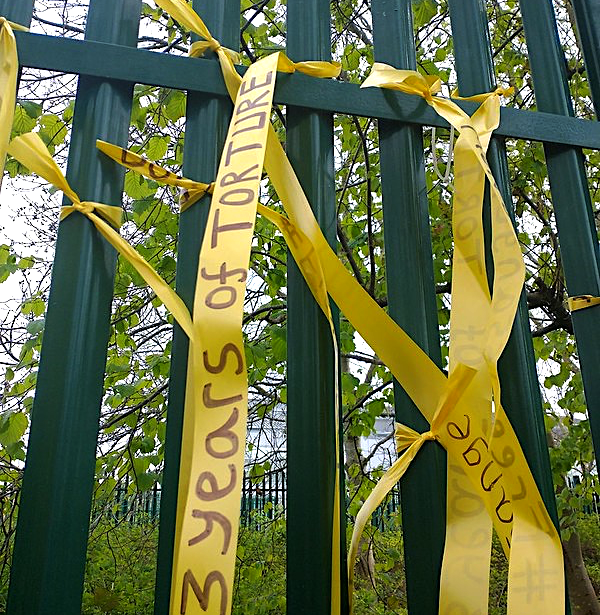 Through the pretext of ‘Russian disinformation about Ukraine’, we are now witness to the secrecy-obsessed collapsing empire’s contempt for its own people as the US, EU and Britain shut down media outlets that might challenge their message: we must loathe Russia and want its destruction.

The Indicter editorial, by Nina Cross

.Today, 11th April 2022, marks three years to the day since multi-award winning and Nobel peace prize nominee, journalist, publisher and founder of Wikileaks, Julian Assange, was illegally stripped of his asylum in the Ecuadorian embassy and rendered from the building by the Metropolitan police.  Hours later, having said only two words in court to state his name “Julian Assange”– the judge responded with the word “narcissist”.

This set the scene for Assange’s continued arbitrary detention by the British government through its loyal judiciary system. Together, they have routinely ignored the death threats from U.S. public officials (just some examples here, here, here, and here) which, had they come from Russian or Chinese leaders, would have been be roundly condemned by ‘freedom and democracy’ loving British institutions.  But those who wish to punish Assange for exposing their crimes, including war crimes, are the allies and puppeteers of the British state.

The persecution of Assange is only the beginning of a vengeful overt war on journalism by the US and its vassals.  Through the pretext of ‘Russian disinformation about Ukraine’, we are now witness to the secrecy-obsessed collapsing empire’s contempt for its own people as the US, EU and Britain shut down media outlets that might challenge their message: we must loathe Russia and want its destruction.  Powerful social media platforms, owned by Western oligarchs, are supporting the censorship by removing dissenting and expert voices on Twitter, and YouTube as they might uncover inconvenient truths about events in Ukraine.  At the same time Facebook allows hate speech against Russians.

While trying to destroy Russia, the imperialist Western bloc is using the situation to control its own people – restricting access to information, censoring, revising facts and history, vilifying, and smearing dissenters, and shaping opinion.  And so many who claim to seek truth and knowledge, especially those with a platform, are too ideologically committed or afraid to question the actions of their government.

The persecution of Assange, who has been arbitrarily detained for over a decade, and who has languished in prison for three years in solitary confinement is the example our leaders have set us should we overstep the mark by holding them to account. 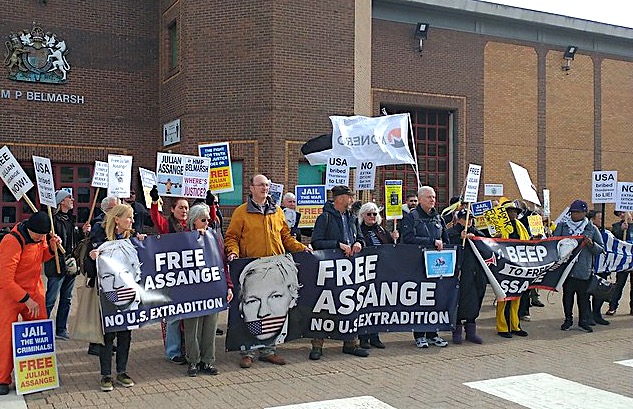 Assange’s persecution makes perfect sense to the military-intelligence obsessed imperialists: its aim is to protect impunity.  Without it there are no knighthoods or seats in the House of Lords – forever influence in the corridors of power – no life-time state-funded security, no lucrative pensions, no seats on powerful organisations, no deals or networking, no automatic privileges, no access for lobbying and raising funds for personal profit, no backhanders, no ‘gifts and donations’ for their personal causes, no sending their children to top private schools so they too can maintain the status quo of British privilege, no state funds to reimburse the heating in their stables (not a made-up example of an MP expense claim!) etc, etc, etc.

We have learned through the persecution of Julian Assange that the US and its vassals, like Britain –and earlier Sweden– despise transparency and truth. They act as fanatical liars who love secrets.   His torture through lawfare has exposed the lie that justice exists in Britain or that it is exercised by the lawful.  The actions of British judges amount to capitulation, not only in the torture of a journalist, but in a sophisticated deception.  Just as we are groomed whom to hate and want dead and whom to support in this war we are groomed to believe in the impartiality and independence of the British judiciary.

Julian Assange’s story exposes how the British ruling class will collaborate in any cover up, torture and assassination where its impunity is threatened, even in broad daylight in full view of the world.

Author Nina Cross has published investigative articles in The Indicter and several other independent media outlets. A significant project involves a series of F.O.I. requests to various British institutions in regard to Julian Assange and other relevant international political and human rights issues. Nina Cross graduated from London University, and is pursuing a Master’s degree in translation studies. She has been  acting editor-in-chief of The Indicter. Here she is found on Twitter:  @NinaCross21