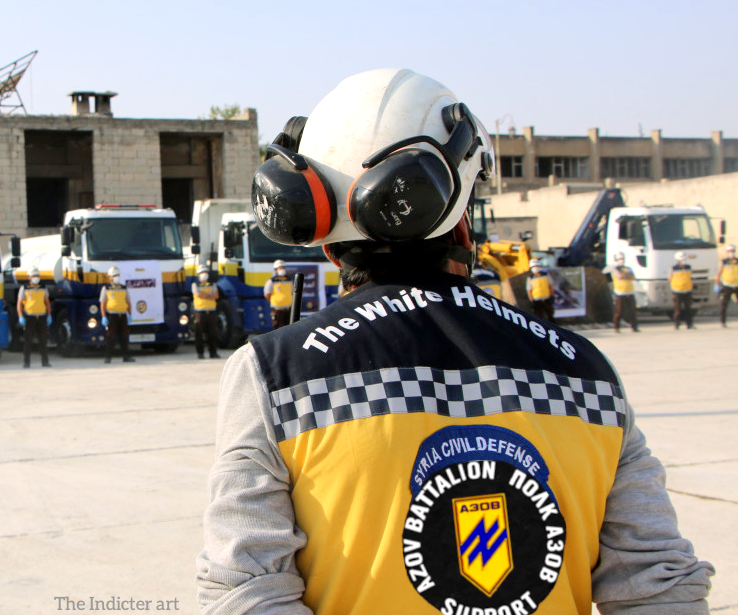 Izvestia –Will it be possible that White helmets may participate in Ukraine?

Prof de Noli –Yes, this could be possible, for several reasons. In modern warfare propaganda, the white helmets option is both a concept and a real intervening actor.

Firstly, the concept is that for propaganda purposes, governments can organise a group of local “non-governmental organizations”, so called NGO, that apparently have no connection with those governments. This groups are devised to deliver false information about “atrocities”, “human rights infringements”, you name it.

They do not need to present evidence for the claims, because west corporate media start by promoting a hero’s status of those organizations, and then attribute to them high credibility. I mean, in those cases, the credibility of the information does not reside in the evidence (which does not exist), but instead in the apparently prestige of whom is delivering the information.

It is an inverse procedure of the known fallacy argumentum ad hominem. For example, when the West disregards the evidence presented by Julian Assange’s Wikileaks on the atrocities by US forces in Iraq, arguing that Wikileaks would not be an established mainstream media outlet.

Secondly: Of course, the White Helmets could be brought to Ukraine as part of the mercenary forces. I mean, paid, with salary and all. For, although in the West they were presented as a group of volunteers, “people from different professions that organized themselves to participate n rescue missions”, in fact they received a salary, considered far superior to the possibilities of personal income on those war-torn areas.

White Helmets are no “volunteers” in the strict sense; they are instead paid assets, with fixed salary. NATO’s Atlantic Council has even published details of the monthly salary, bonus allowance every three months and other bonus which these “volunteers” receive. Yes, Atlantic Council reveals that a White Helmets operative receives the equivalent of 116 pounds (= 135 Euros) per month as salary. Izvestia –What is the main sign of White helmets? How can you determine activity of White Helmets?

Prof de Noli –I would say, what are the appropriate scenarios in which the “concept White Helmets” or the White Helmets as actual actors, can operate?

The type of accusations that characterizes the White Helmets´ claims, for instance the use of chemical weapons or any other kind of alleged atrocities, can be possible set up only in war territories in which is not possible to conduct an impartial and objective on-the-site verifications. This is the case of Lidbid in Syria, as well as in the territories controlled by the Nazi forces in the Ukraine scenario. They would allow certain Western media outlets only after they have organized the scene to be shown to the journalists and other exclusively western observers.

Izvestia –How White Helmets might be used in Ukraine?

Prof de Noli –Foremost, in propaganda. The mere fact that Western media is currently publicising an AFP interview of Raed al-Saleh, head of the White Helmets, in which he claims that “From our experiences in Syria, we might be among those most able of understanding the pain of the people of Ukraine” , is a quite deceitful instrument, which can be boosted by the fact that West corporate media outlets present the White Helmets as the “Civil Defense of Syria”, which is totally inaccurate; a blunt lie, actually. This has been clarified multiple times, after the investigations by Vanessa Beeley in Syria and in the UN organizations: The only official “Civil Defense of Syria”, recognized by UN organizations, is the one based in Damascus.

In general, we can conclude that the claims used by the NATO powers, using the fake NGOs such as the White Helmets, could result not only quite bizarre, like in “Assad was using chemical weapons” around 2017. Or now when reports arise that Ukraine may re-fabricate those scenes in the Ukraine-part amidst combat zones in Donbass.

The common denominator here, in the use of the White Helmets false claims in Syria, and now possibly in Ukraine, is that they are used by the losing part in an armed conflict.

Because, a minimal logical thinking, by any normal person, would realize that a winning part in an ongoing armed conflict DOES NOT NEED to use chemical weapons or other forms of prohibited warfare. The negative consequences would be enormously greater than the tactical wins in the battlefield. The use of such weapons is only a resort of desperate armies or governments that realize they are losing the war. And this is unmistakeably the case of Ukraine.

Nevertheless, to conclude, the White Helmets are in fact already began being used in Ukraine. They have delivered “instructions” to the Ukrainians as “how to record” incidents there. After all, their boss Raed al-Saleh said to Washington Post “We are here to help our Ukrainian brothers and sisters in any way we can.” 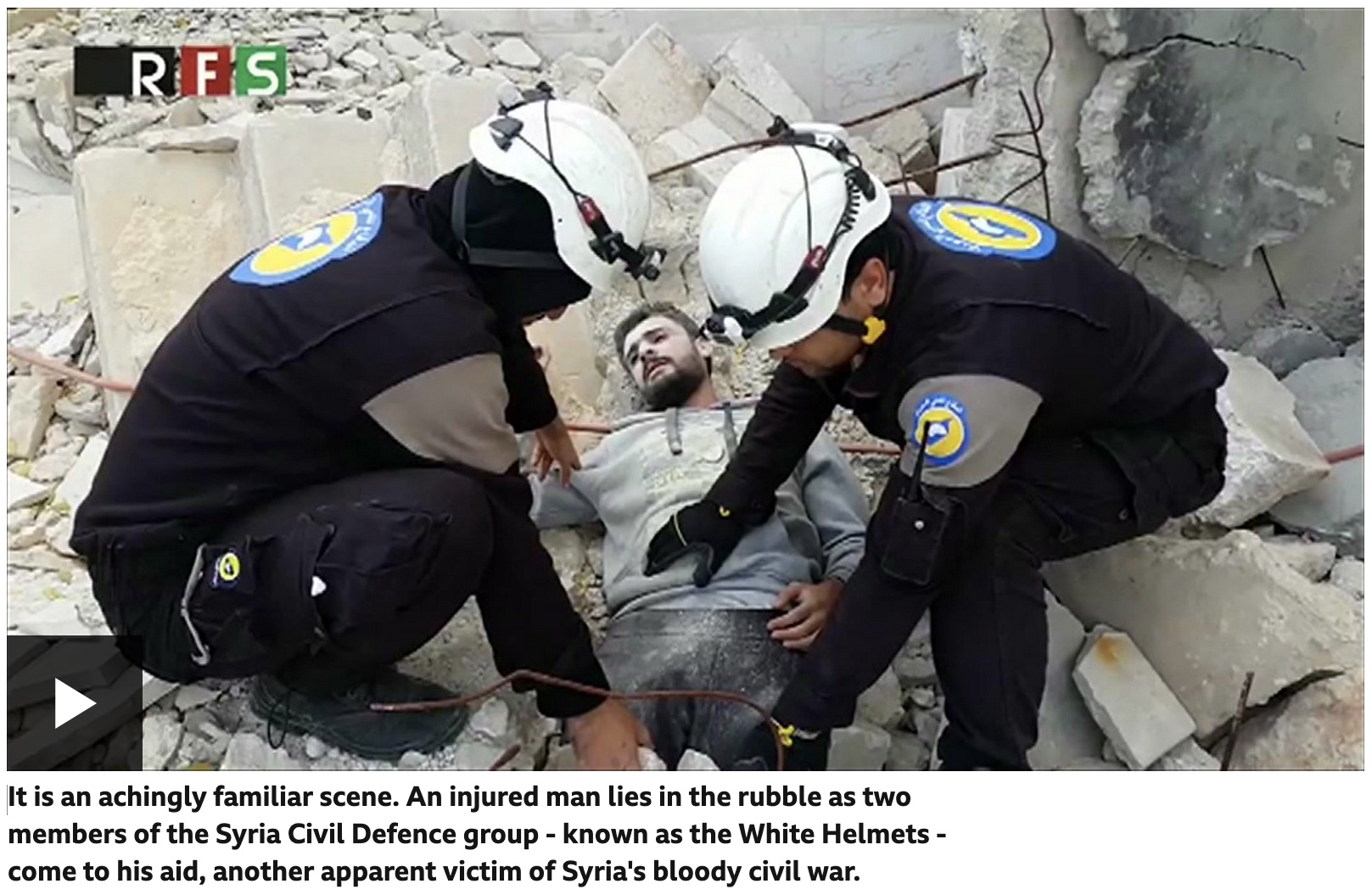