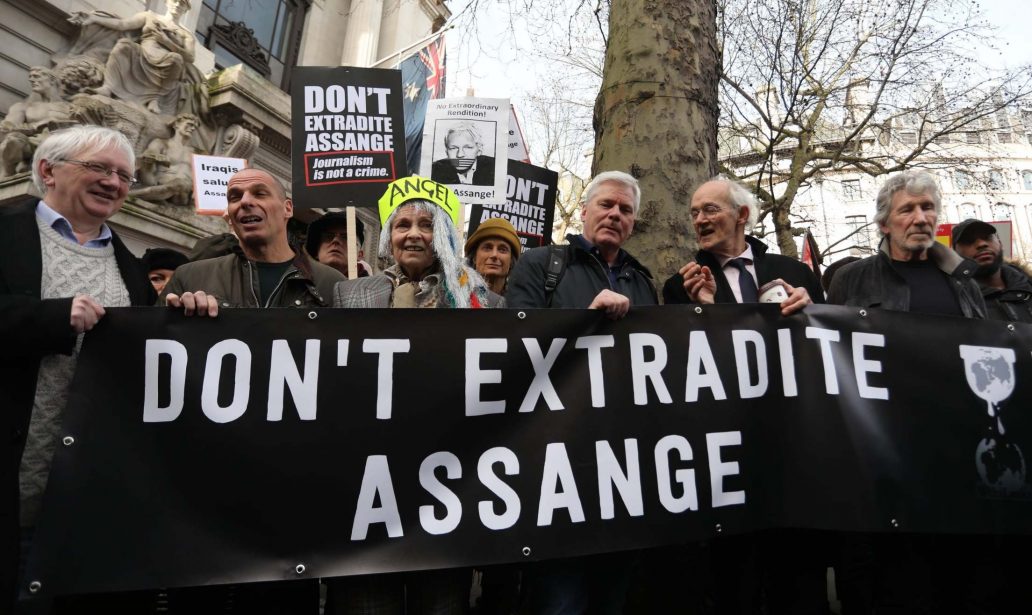 Wikileaks revolutionized and redefined investigative journalism as we know it. Its founder, Julian Assange, evolved a new mode working – data journalism – delivering verified content, fact checked by journalists then archived online. This information fearlessly exposed some of the most powerful politicians on the planet. Corrupt officials stalking the corridors of power and their abling subordinates the world over found themselves out on a limb. Continents moved. WikiLeaks exposed deep set corruption within political cultures in MENA. The “hot tin roof” of the Arab Spring was born, and who could forget the Afghan war logs – for which the U.S. is currently seeking Assange’s extradition – proved to be one of the most embarrassing exposes in its bloody, imperial history.

Today, every media organization is trying to adapt data journalism while hiring data analysts and experts to deliver content assets. They are present in every newsroom and fundamental for the stories in getting them out there. Where WikiLeaks blazed a trail, organizations such as ICIJ (International Consortium for Journalists) responsible for breaking the Panama Papers, picked up the baton. It was Wikileaks’ bold convergence on the media market that set it apart – rather, than pitting news organisations against each other for exclusives – it looked to a range of global players as collaborators; partners. WikiLeaks played central distributor. Existing and running on donations for day to day running costs, it boasted over 200 verified volunteers during its peak and to date has released millions of cables, emails and files via the heroic actions of whistleblowers in the public interest. For years, the powers that be hadn’t a clue how to deal with the onslaught of information. WikiLeaks is a dependable place to read about corruption in our public institutions and its record is second to none.

“I don’t think our sources for the Panama Papers and the Paradise Papers would have come forward if it wasn’t for WikiLeaks. Organisations like WikiLeaks and ICIJ are important, but the true heroes are the whistleblowers. They are the ones who inspire us, not the media organizations that end up with the data.”  – Pierre Romera, CTO of the International Consortium of Investigative Journalists.

Fame is a shallow animal and, naturally, Assange has made his fair share of enemies through the years. A few were ex–volunteers eager for their day in the sun, wily entryists who would later contrive to write unsubstantiated character assassinations: Op–eds in the very publications Assange partnered with and supported. When Lenín Moreno assumed the presidency of Ecuador, he soon cut Assange’s internet at the embassy in London where he was living at the time. This happened during the 2017 Catalan Referendum, an election he took a keen interest in thus forever endearing himself to pro–secessionist activists in the Spanish region still to this day. One has to assume Assange would have found an almost daily deluge of personal attacks increasingly difficult to confront never mind running the day to day operations and needs of WikiLeaks. As of writing, there remains a piece on the Guardian website from 2018 – a completely falsified article (which amazingly made for a cover story) detailing a meeting between Julian Assange and Donald Trump’s then campaign manager – Paul Manafort. It beggars belief how a well respected broadsheet has today been reduced to such red–top hackery and blatant fake news. There is no justification for it. What’s more there has been little, if any acknowledgement of the mistake. The Manafort story, or should I say more accurately, the great Manafort meets Assange tall tale, is merely the tip of the iceberg in an internet swimming in shit. To scribe a hit piece on Assange, for a number of journalists, is viewed as a career move.

It’s hard to think of a person so blatantly besmirched by a corporate media drunk on cancel culture, partisan politics and overt falsehoods with scant consideration for the consequences. A UN special rapporteur on torture and Professor of International Law at the University of Glasgow, Nils Melzer, recently reported Assange suffering from “psychological torture”. Ultimately, eight years of being arbitrary confinement at the embassy in London has cost him physically as well and he is in dire need of dental care. Only in the past few weeks while incarcerated at HMP Belmarsh has Assange been allowed a modicum of bare essentials pertaining to his case such as preparation papers, lawyers notes et cetera. Reports from inside Belmarsh cast stark contrasts to the supposedly just British legal system as its inmates have campaigned on Assange’s behalf so he can obtain his needs, his basic human rights. Hardened criminals with greater consciences than the majority of the British public. Strange times, indeed.

The process of extraditing Julian Assange to face eighteen federal charges in the U.S. is likely to last many years barring a miracle. Ideally, Assange’s lawyers would like the extradition order withdrawn or cancelled completely because even if they successfully defend his case in the London courts, the U.S. could, hypothetically, put in another request to a country Assange moves onto, such as his native Australia. A nightmare scenario for his supporters and something that is unlikely to find favour at the desk of Mike Pompeo who once described WikiLeaks as a “non–state hostile intelligence service.” Pompeo’s relationship with the U.S. deep state, of course, culminated in his short stint as director of the CIA before joining the Trump administration. When John Bolton was escorted from the White House, Pompeo was quick to assume the role as Trump’s chief overgrown ankle–biter and warring obstinate. It would be myopic of the Assange movement to hedge any bets on these people and – as the saying goes – you can’t tell a dog to talk because it will bark. So, no advice will make them better than what they are. Even if the extradition request is thrown out (and there is precedence for this following the Lauri Love case) Assange is unlikely to ever enjoy true freedom and liberty for the rest of life. After the world watched aghast as Trump order the murder of Qasem Soleimani on Iraqi sovereign territory, the U.S. has demonstrated that borders act as little deterrence when it comes to neutralizing what it and its allies deem as threats.

Assange’s supporters must remain focused. Messages from his team have been clear and concise and that is how it must continue over the coming months and years. With the allegations in Sweden finally dropped after a judge in Uppsala court ruling his extradition to the country as “disproportionate,” the primary matters at hand is for defeating the most infamous, most shocking leaks of the 21st century: the Afghan war logs. Because this is solely what the U.S. extradition order is about.

Future hopes would be to obtain asylum in a country where no extradition treaty exists with the U.S. or, at least, countries known to refuse such requests like Iceland, Switzerland or Zimbabwe, for example. Given recent upheaval in South America, Assange’s lawyers would be wise to rule out Bolivia, Cuba et al. If truth be told – in his quest to make the world a better place, loosening us from the shackles of governments’ repression and aggression against their own citizens – Julian Assange has made the world an awfully precarious place for himself.

I’m here because I’m standing up for a free press.

I’m standing up for the right to be informed. I want to know if my government is engaging in corruption in my name.

And finally, I’m standing up for Assange.