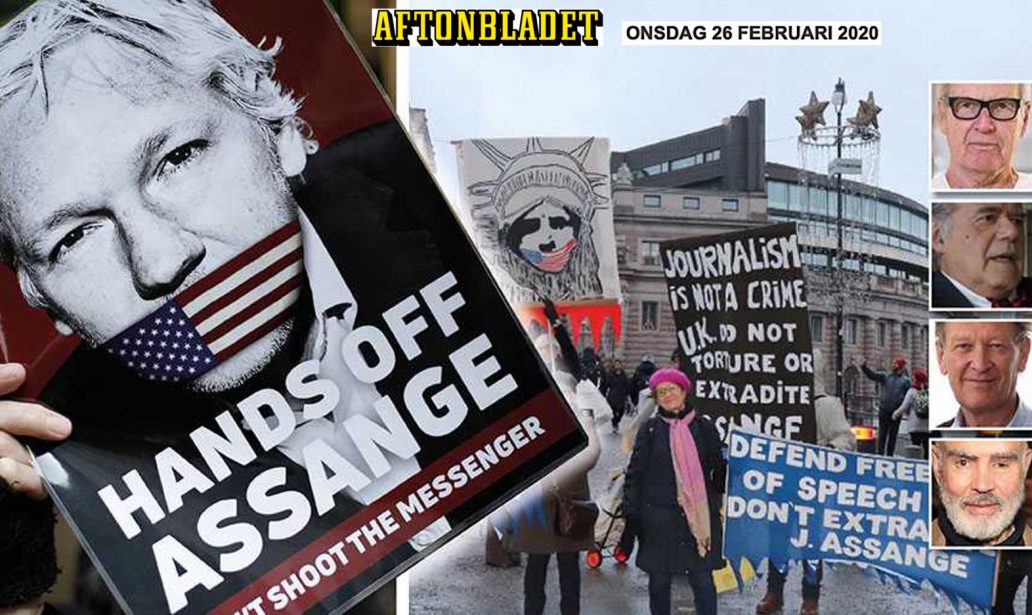 “Without whistle-blowers, freedom is silenced  –while the powers tyrannize unopposed “

Right now, the London trial is underway against Julian Assange. He is one of the founders of Wikileaks who has published revealing documents on US war crimes in Afghanistan and Iraq.

Wikileaks has been nominated for the Nobel Peace Prize seven times, most recently in 2019.

Through the 2007 film “Collateral Murder”, Wikileaks and Assange reached world reputation. It depicts how the US military laughs at sniper attacks on civilians in Baghdad.

A few years later, Wikileaks published the documents that the conscientious American soldier Bradley / Chelsea Manning had come across, and which detail the horrific war crimes the American army was guilty of during the Afghanistan and Iraq wars.

It was as an icon for freedom of speech, noted and acclaimed in The Guardian, The New York Times and Der Spiegel, among others. Julian Assange was invited to Sweden in 2010.

In Sweden, he is now known only as a suspected rapist. During his visit to Sweden, where he was invited by the social-democratic side organization Faith and Solidarity, he had sex with two women on two different occasions.

Three preliminary investigations into allegations of sexual assault and rape have been carried out, but neither has led to prosecution, and the case is now definitely closed due to a lack of evidence.

In connection with the preliminary investigation in 2010, the court issued an arrest warrant. Julian Assange was then in London. Faced with the risk of being extradited to the US, where he risks a three-digit prison sentence for spying, he sought asylum at the Ecuador’s Embassy in London. Both Sweden and the United Kingdom have extradition agreements with the United States, but Ecuador does not. 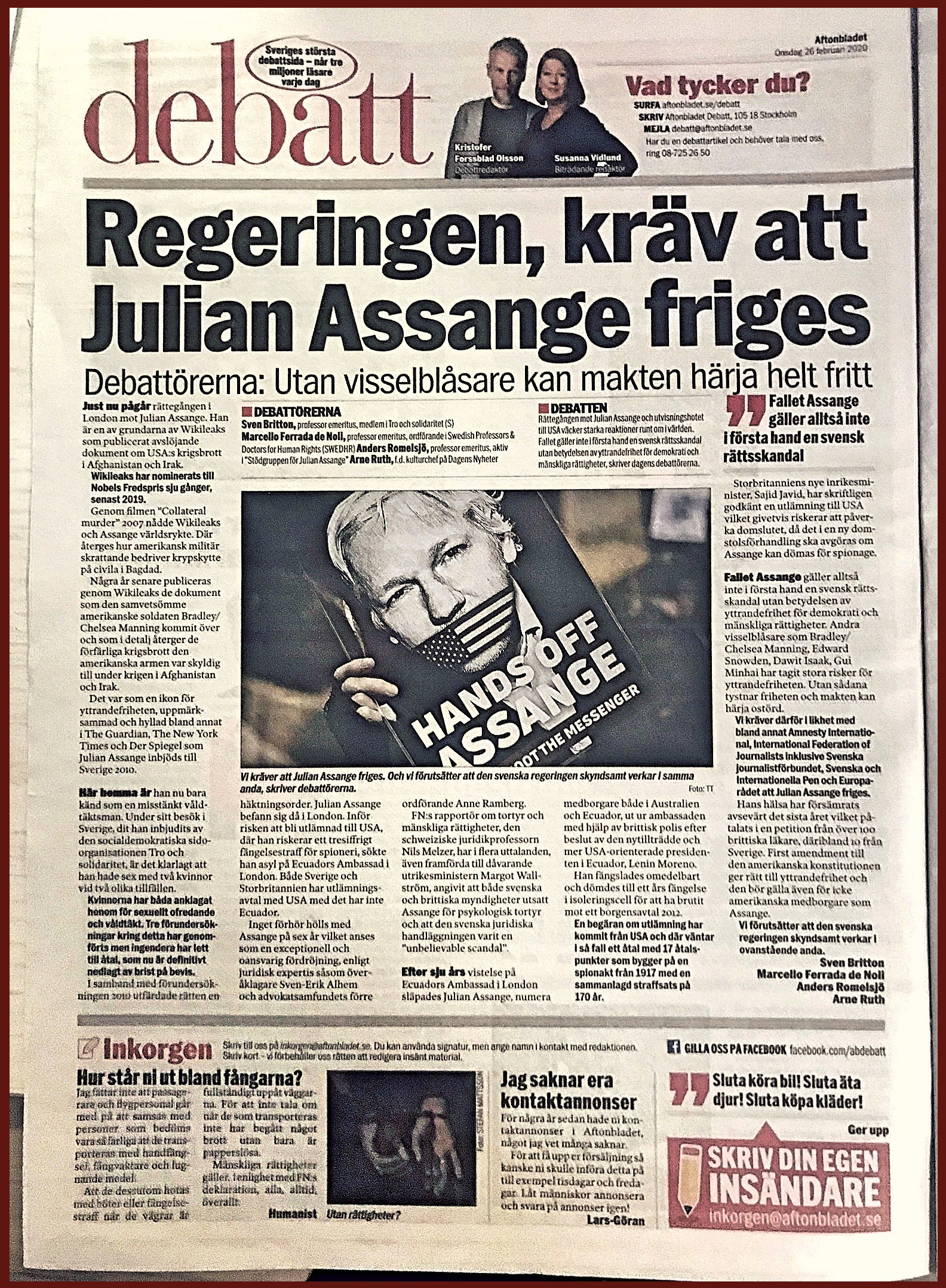 No hearing was held with Assange for six years, which is considered to be an exceptional and irresponsible delay, according to legal expertise such as prosecutor Sven-Erik Alhem and the former Swedish Bar Association  chairperson Anne Ramberg.

The UN’s reporter on torture and human rights, the Swiss law professor Nils Melzer, has stated in several statements, also made to the then Foreign Minister Margot Wallström, that both Swedish and British authorities subjected Assange to psychological torture and that the Swedish legal process was a ” unbelievable scandal ”.

After a seven-year stay at the Ecuador’s Embassy in London, Julian Assange, now a citizen of both Australia and Ecuador, was dragged out of the embassy with the help of the British police following the decision of the newly admitted and more US-oriented Ecuadorian President Lenin Moreno.

He was immediately jailed and sentenced to a year in prison in isolation cell for violating a bail agreement in 2012.

A request for extradition has come from the United States, where a prosecution is awaiting 17 counts based on a 1917 spy act with a total sentence of 170 years.

Britain’s new Minister of the Interior, Sajid Javid, has agreed in writing to an extradition to the US, which of course risks affecting the verdict, as it will be decided in a new court hearing whether Assange can be convicted of espionage.

Thus, the Assange case does not primarily apply to a Swedish legal scandal but to the importance of freedom of expression for democracy and human rights. Other whistleblowers such as Bradley / Chelsea Manning, Edward Snowden, Dawit Isaak, Gui Minhai have taken great risks to freedom of speech. Without them, freedom is silenced and power can be ravaged undisturbed.

His health has deteriorated significantly in the last year, which was highlighted in a petition from over 100 British doctors, including 10 from Sweden. The First amendment to the US Constitution gives the right to freedom of speech and it should apply to non-US citizens like Assange.

We assume that the Swedish government will act swiftly in the above spirit.