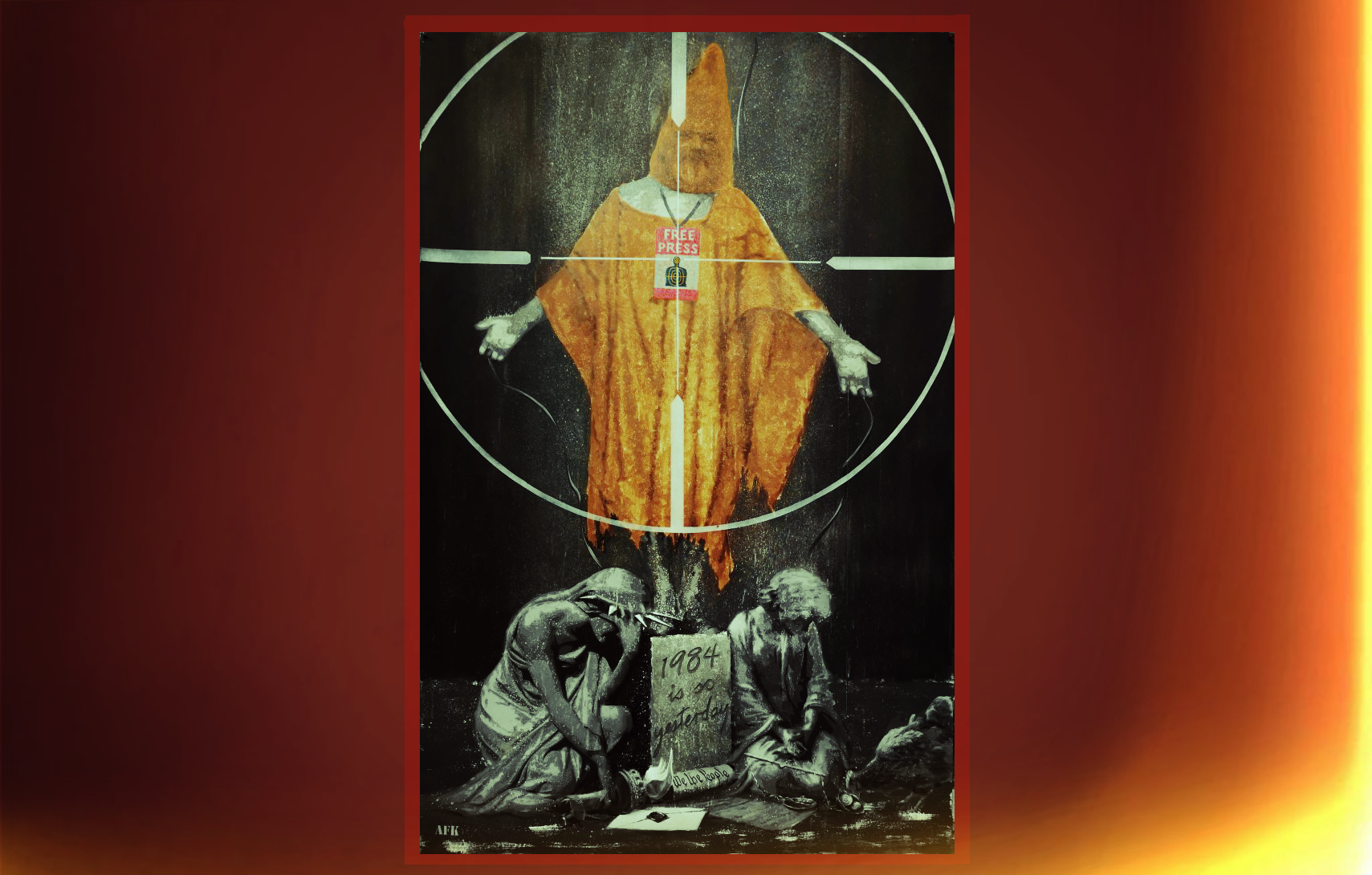 Associate Editor and Member of the Board at The Indicter Magazine

On Saturday, The New York Times published a front-page article on the leaked files that exposed the Chinese government’s coordinated crackdown on ethnic minorities. In covering the story, the newspaper noted that although the source and the methods through which documents were gathered are unclear, the disclosure of 403 pages of internal documents is one of the most significant leaks in decades shedding light on the internal working of China’s ruling Communist Party.

This front-page report, that captured the attention of the American public on the weekend shows the hypocrisy of Western media. While the Times applauds leaks that were reportedly made by an anonymous member of the Chinese political establishment, when it comes to the wrongdoing of their own government, rarely do they show the same exuberance and courage in publishing the information.

This hypocrisy is most pronounced in their attitude toward the US government’s aggressive prosecution of WikiLeaks founder Julian Assange concerning the publication of classified information. Assange has been kept in complete isolation inside London’s Belmarsh Prison for exposing the crimes of the US government. He has been charged with 17 counts of espionage for publishing the government’s documents revealing US war crimes in Iraq and Afghanistan and torture in Guantanamo Bay.

The established media with their allegiance to the state has been failing to inform the public about the threat to civil liberties emanating from this country. The US government has been waging a war against the First Amendment. Assange has become a political prisoner of this war. In the era of “hope and change”, he and his organization became a target of Obama’s crackdown on whistleblowers, which now has escalated into Trump administration’s assaults on the press freedom.

On Tuesday, Swedish prosecutors dropped their preliminary investigation of Assange, which had railroaded him into a multi-year long arbitrary detention in the Ecuadorian Embassy, as indicated by the UN ruling. For the last 7 years prior to his imprisonment in the London’s maximum security prison, Assange has been unlawfully held by the UK government without charge, being denied access to medical treatment, fresh air, sunlight and adequate space to exercise.

The Western nations’ coordinated attack on Assange was recognized by a UN expert. In May 2019, UN Special Rapporteur on Torture Nils Melzer raised the concern that Assange has been subjected to psychological torture. Then, he stated how:

“In 20 years of work with victims of war, violence and political persecution I have never seen a group of democratic States ganging up to deliberately isolate, demonise and abuse a single individual for such a long time and with so little regard for human dignity and the rule of law,…”

The US government’s efforts to break Assange have extended into their egregious violation of his privacy. It has come to light that the CIA has been directly involved in spying on Assange inside the Ecuadorian Embassy in London where the WikiLeaks founder had lived since he obtained political asylum in 2012.

The videos and audio recordings accessed by the Italian media outlet La Repubblica revealed that the Spanish company, UC Global carried out extraordinary surveillance on Assange, his lawyers, doctors, journalists and whoever visited the embassy for the last seven years. Journalist Stefania Maurizi, who was also targeted by this surveillance, indicated strong possibility that this extreme invasion of privacy was conducted on behalf of the US government and that the statements of former employees and internal emails along with type of information gathered provide evidence.

All the while, the obstruction of justice continues with a show trial in UK. Earlier this week, Assange was back in Westminster Magistrates Court, where the Judge Vanessa Baraitser had denied his legal team’s request for a trial extension a month earlier. This time, Judge Baraitser once again dismissed concerns brought by Gareth Peirce, representing Assange, about her client not being able to adequately prepare for his “very challenging case” as the computer he had been given was not suitable.

In defense of free speech

While Assange awaits US extradition inside the maximum-security prison being held alongside the most dangerous criminals in the country, the dramatic change in his appearance was noted by his close circle of friends. Craig Murray, the former British Ambassador to Uzbekistan expressed dismay toward his friend’s severe loss of weight and physical deterioration. On November 1, Nils Melzer once again reiterated his concern, alerting that Assange’s life is at risk. Most recently, Jennifer Robinson, a lawyer who has been defending Assange since 2010, told audience at the PEN International Sydney conference about significant decline in the journalist’s health.

In the face of this outrageous incarceration, silence prevails among many media professionals. If media stillness is broken, it is only to be filled with an echo chamber of smearing. We live in an illusion of democracy, where we are surrounded by Orwellian doublespeak that distorts truth. Under the guise of free press, news headlines and sound bites turn the reality upside down.

Those who dare to speak out against torture and abuse of power get condemned and punished, whereas torturers and perpetrators of violence are praised and rewarded. Truthtellers are silenced and persecuted, while war criminals walk free. WikiLeaks alleged source whistleblower Chelsea Manning remains incarcerated, being fined $1000 a day for refusing to cooperate at a grand jury targeting the publisher.

When injustice has been enacted behind a facade of democracy, WikiLeaks has stepped forward to dismantle the deception by enabling a true function of free press. It is the tenacity of Assange together with courage and conscience of whistleblowers that informed the public truth about the US wars in the Middle East. The released government documents, which they risked their lives to bring to light, cut through the government’ propaganda that obfuscates and conceals the atrocities and oppression carried out in our name.

The brutal prosecution of Julian Assange adds to the high crime of the West. It is an offense against the enlightenment ideas that are a foundation of civilization. Our failure to recognize and correct the wrongdoing of our governments will make us all complicit in their crimes. If the US government succeeds in extraditing Assange to the US where he faces 175 years in prison without any chance of fair trial, it not only leads to possible execution of an innocent man, but also the death of a free press as a guardian of democracy.

Asange’s extradition battle must become a defining moment of our fierce defense of free speech. Only through the courage of ordinary people who speak truth, and wrestle with the beast devouring ideals that are kindled in our heart, can we redeem our innocence and save our democracy.

Note: WikiLeaks launched the official campaign page, The Don’t Extradite Assange”. Go to https://dontextraditeassange.com/ to get information on how you can help stop Assange’s extradition. 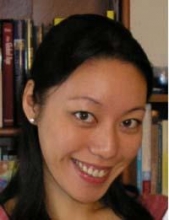 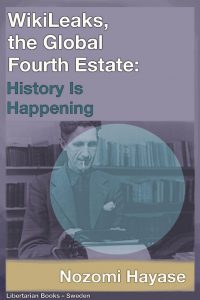 Nozomi Hayase, Ph.D., a native of Japan, is a psychologist, author, columnist, researcher, and First Amendment advocate. Dr Hayase is a former contributing writer to WL Central and has been covering issues of free speech, transparency and the vital role of whistleblowers in global society. Nozomi is the author of WikiLeaks, the Global Fourth Estate (Libertarian Books, Sweden, 2017), and her writing has appeared on diverse outlets such as Counterpunch, CommonDreams, Dissident Voice, Truthout, Global Research and Antiwar.com. Her work has been published in the At Issue Series; The Occupy Movement by Greenhaven Press, Global Issues, Local Arguments by Pearson Education and Krytyka Polityczna Global Activism by Autonome Universität Berlin. She currently resides in the SF Bay Area and is a guest writer at Falkvinge & Co. on Infopolicy, where she explores the role that Bitcoin and other decentralized platforms play in strengthening civil liberties.Twitter: @nozomimagine.

Image center-positioned in the cover of this article credited to AFK Art (image “The Persecution of Assange” appeared in “The persecution – lest we forget”).