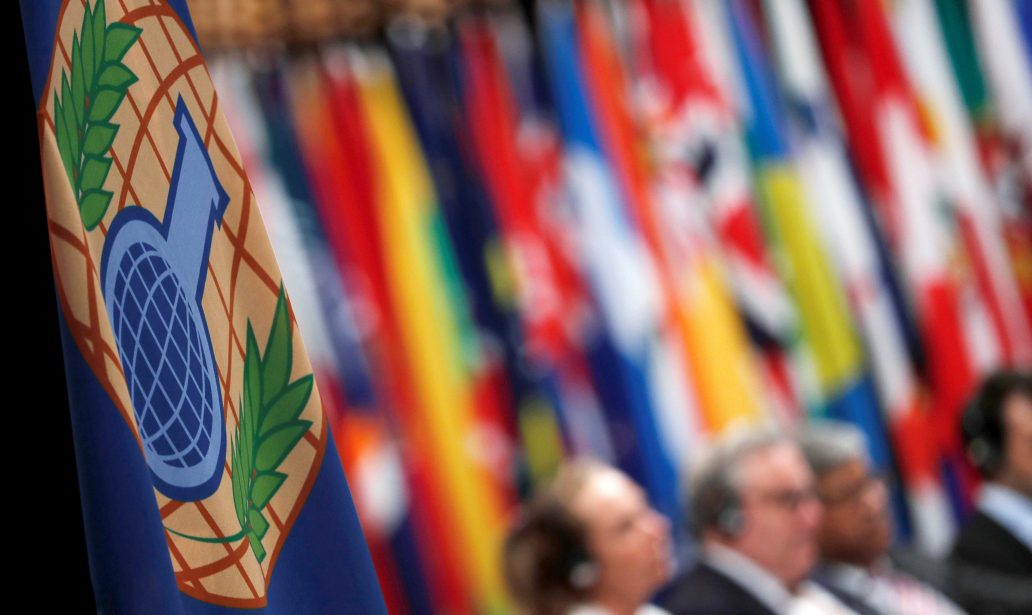 This letter was first published by The Courage Foundation, 18 Nov 2019.

We are writing in order to bring to your attention the recent meeting of the Courage Foundation Panel held in October 2019 and to ask for your support in taking action at the forthcoming CSP aimed at restoring the integrity of the OPCW and regaining public trust. The Courage Foundation is an international organisation that supports those who risk life or liberty to make significant contributions to the historical record.

The Courage Foundation Panel heard testimony and saw documentation from an OPCW official who was a member of the team investigating the alleged chemical weapon attack in Douma, Syria, April 2018. The panel, comprised of eminent individuals including José Bustani (the first Director General of the OPCW), Professor Richard Falk (Professor of International Law at Princeton and former UN Special Rapporteur) and Dr Helmut Lohrer (International Physicians for the Prevention of Nuclear War), was unanimous in finding that ‘unacceptable practices’, involving suppression of information aimed at reaching a ‘preordained conclusion’, had occurred during the Douma investigation. Substantive concerns were raised regarding the credibility of the report, specifically with respect to toxicology and ballistics assessments, as well as the use and interpretation of witness testimonies. Suppression of internal debate and questioning within the investigation team appears to have been systematic. The full statement and accompanying analytical points can be found at https://couragefound.org/?s=OPCW and https://wikileaks.org/opcw-douma/.

The deliberations of the Courage Foundation Panel occurred against the backdrop of existing public controversy following the leaking in May 2019 of an engineering report authored by OPCW official Ian Henderson which reached very different conclusions from the official final OPCW report. In this regard, the Courage Foundation Panel noted that little consideration had been given in the final OPCW report to alternative hypotheses on how the alleged chlorine munitions came to be found in the two apartment buildings.

In view of the current disclosures, and the questions inevitably raised with respect to the integrity and credibility of OPCW FFM investigations, the Panel has called on the OPCW to ‘permit all inspectors who took part in the Douma investigation to come forward and report their differing observations in an appropriate forum of the States Parties to the Chemical Weapons Convention’.

We believe this request is eminently reasonable and indeed an essential step toward both establishing the truth of what happened in Douma and restoring public trust in the OPCW. If the organization is to faithfully implement the Chemical Weapons Convention, proper accountability and transparency of process are now required.

We hereby call on you to support the Panel’s request and facilitate efforts to allow all members of the FFM team to speak freely and without risk of censure at an appropriate forum.

José Bustani, Ambassador of Brazil, first Director General of the OPCW and former Ambassador to the United Kingdom and France.

Dr. Helmut Lohrer, MD, Board member of International Physicians for the Prevention of Nuclear War (IPPNW) and International Councilor of its German affiliate

Prof. Dr. Günter Meyer, Centre for Research on the Arab World (CERAW) at the University of Mainz

Signatories links according to OPCW Must Come Clean: Open Letter To States’ Representatives