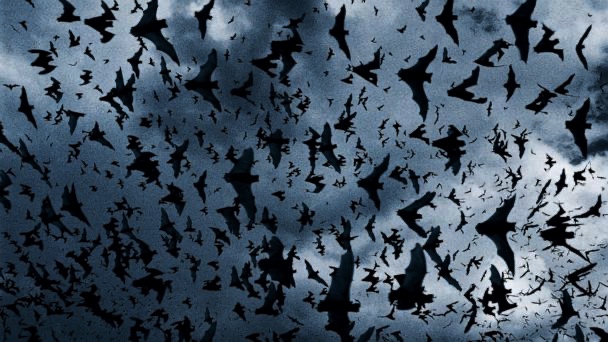 It was dusk. Out of a cave, black clouds of bats were coming out: thick. The fading sun skipped on their velvety wings. It was beautiful. The bats faded into darkness, on their way, on the hunt: tiny knights of nature carrying a deadly weapon about to cure humanity of its follies and arrogance. Their weapon of choice was called COVID-19. A new era had begun. Things would never again be quite the same.

As the coronavirus pandemic unfolds, quickly bringing the entire world to a standstill, lock down of countries and mandatory confinement for individuals should give us the unique opportunity to rethink radically our mode of development. Our social and economic system was already on the brink of collapse, the mighty COVID-19’s SARS-CoV-2 virus was the catalyst to shock humanity into this quantum leap. Who would have thought that such a modest creature could pack such a punch? Who would have thought that the current pandemic could blow the lid off Pandora’s box and bring humanity to its knees?

The notions I articulated above are definitely present in the collective consciousness. A couple days ago, a graffiti artist wrote the following words on a Berlin wall: “The coronavirus is a wake up call and our chance to build a new and loving society.” Indeed. It is a chance we cannot afford to squander. The chance of last resort!

There are many valuable lessons about the coronavirus pandemic and its fear and paranoia side effects, which move just as fast as the infection itself. A global psychosis is spreading at the same time that feeds and allows governments to enforce by decree unthinkable authoritarian measures. First and foremost, the lesson should be that humans should not mess with nature and eat wild animals such as bats, snake and pangolins. Humans should not encroach on wildlife habitats either, because if they do, nature will retaliate. This is precisely what happened at the genesis of the pandemic, in Wuhan, China at a wildlife animals wholesale market in December 2019. We, as a species of 7.5 billion people, voracious of animals, resources, and space have done it to ourselves. Humans are guilty as charged, and now it is time for some to pay the price.

As of March 15, 2020, almost 100 million Europeans lived on lockdown. In a matter of a week, 62 millions Italians and 47 millions Spaniards became confined to their homes, virtual prisoners under surveillance by police and military forces. As the number of cases explode elsewhere exponentially, the rest of Europe will follow suit in a matter of days. And because the mighty COVID-19 doesn’t respect borders, all countries on all continents are likely to follow the same coercive policies which are, de facto, banning the basic liberty that is freedom of movement. This is a paradox, and an extremely negative reaction, when the world needs solidarity more than anything, that the response of most governments has been an irrational isolationism and nationalism. If there were a time for humans to stick together as a compassionate family, it is now.

There is a surreal Orwellian context in the current pandemic. If in Orwell’s “1984,” love had become illegal, the type of so-called social distancing and confinement imposed on millions of people by government decrees should be a concern to all of us. Humans are social animals, and cannot be deprived from each other without trauma. While the same drastic authoritarian measures now being applied in Italy, Spain and France have brought tangible results in containing the coronavirus in China, they pose some serious questions as they infringe on essential personal liberties. This form of collective psychosis cannot be allowed to spread, as it could be more dangerous than the pandemic.

Further, these kinds of methods could give governments or institutions the idea that they can prevent protest and dissent, supposedly for the good of citizens. For example, in France, while the public opinion was distracted by the epidemic, Macron’s government imposed by decree its unpopular retirement reform. This is, to some extent, using fear and paranoia for governing purposes. Institutional panic has kicked in. It is dangerous, irrational, and not coordinated between countries. In brief, it is an excessive reaction by governments, which feeds the mass hysteria like an echo chamber. In the alternate and absurd reality of the pandemic, the Pope performs his daily mass in the Vatican alone; French people have more or less lost their freedom of assembly, but are told they should get in line to vote in mayoral elections; and we discover that toilet paper is an item of prime necessity, as some people have hoarded enough of it to last a year, and by doing so have provoked shortages.

People should calm down, and not succumb to sheer panic, which is now the case. Yes, soon worldwide millions of people will be infected and several thousands will die. But we must keep in mind that 94 percent of people with the disease will recover and be fine. It is critical to keep things in perspective. We are not dealing with a pandemic like the black plague of the Middle Ages that decimated more than 40 percent of Europe’s population, or the 1918-1920 Spanish flu that killed 50 million people. Ultimately, the great equalizer that is COVID-19, as it affects the rich jetsetters and the powerful faster than the poor brown or black, is asking each of us a fundamental question: is it better to live in fear or to die free? 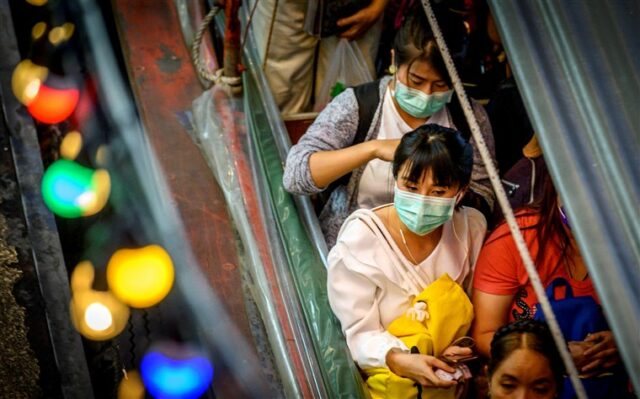 This article was first published in News Junkie Post. Gilbert Mercier is the author of The Orwellian Empire. Photograph one (following cover-image) by Amaury Laporte, and photograph four from the archive of Dipartimento Protezione Civile.