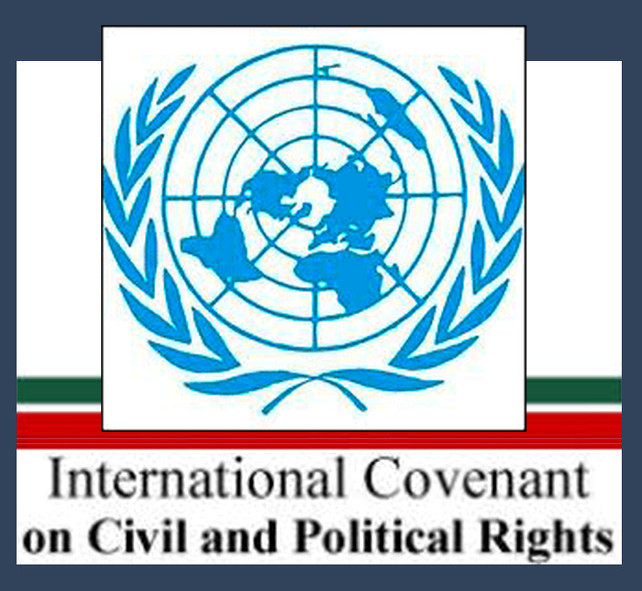 This analysis was first published April 30, 2015 in NewsVoice

A view of Swedish Doctors for Human Rights (SWEDHR) * is that the case versus Mr Assange in Sweden has conveyed an overriding political factor rather than abiding a legal one, being that political factor also prominent in the breaches against Mr Assange’s human rights all along this process. [1] Instead, the stalling of the Swedish ‘case’ – going now to its fifth year – has mainly given time to the on-going investigation by the U.S. against the organization WikiLeaks, whose founder and principal CEO is Julian Assange. [2] In fact, as it has been recently republished (27 April 2015), “The Department of Justice is conducting an investigation, and it remains ongoing, says a Department of Justice spokesperson by email.” [3]

One main aim stated by our organization is the reporting of “institutional assaults on the human rights of individuals who have denounced war crimes, or exposed serious infringements to the civil liberties of the population”, and the advocacy of their human rights cause. [4] SWDEHR’s has thus also been concerned about breaches against the human rights of Mr Julian Assange – the WikiLeaks founder – enacted by a variety of Swedish authorities and institutions [5] as well by means of a “trial by media”. [6] The specific facts constellating in the SWEDHR criteria for matching the aforementioned aim are listed elsewhere. [7]

We believe that, aside the logical/legal incongruences of the case that have put forward by several experts and journalists specialized in juridical issues, [8] a further delay in resolving the case only fosters damage to the international position of Sweden.

We mean that even a high-standard democratic country as Sweden can in the long run risks a disastrous condemnation upon its government, by the international community as a whole, for the management of the case Assange. For instance, the extreme intervals and deferral in the Swedish managing of the case have ostensibly evolved in infringement of Article 9, paragraph 3, of the International Covenant on Civil and Political Rights by the United Nations (ICCPR). This international-law pledge, of which Sweden is a signatory, stipulates that all individuals under prosecution investigation – even if they are only “detained” and thus, even if they are not being charged with any crime – as it is the case of Mr Assange – “shall be entitled to trial within a reasonable time or to release. [9]

The “case” against Mr Assange was earlier dismissed by a chief prosecutor, Ms Eva Finné, for it did not match any legal criteria for being considered criminal offences according to the Swedish law. [10].

However, the case was reopened after a petition to the prosecutor office of Ms Marianne Ny by the law firm Bordström & Borgström. [11] Lawyer Thomas Bodström, in his role of ex Minister of Justice, has been identified by Eva Franchell (press secretary for the late Minister for Foreign Affairs, Anna Lindh) as directly implicated in the collaboration with CIA over the illegal extradition (so called secret extraordinary renditions) of prisoners from Sweden. [12] Bordström has been reported to the Swedish Parliament ’s constitutional committee over the extraordinary renditions to the CIA in 2001. For this Sweden has already been sanctioned by the United Nations for infringement on the UN Torture Ban. [13]

At that time (10 August 2010), the U.S. government had requested the countries participating in the US-led military occupation of Afghanistan to initiate prosecution of Assange, the WikiLeaks founder. [14] Based in the Snowden documents exposed by Glenn Greenwald and Ryan Gallagher (The Intercept, 18 February 2014), Kevin Gosztola wrote in Disenter:

“The United States on 10 August urged other nations with forces in Afghanistan […] to consider filing criminal charges against Julian Assange, founder of the rogue WikiLeaks Internet website and responsible for the unauthorized publication of over 70,000 classified documents covering the war in Afghanistan.” [15]

Sweden was also that time a “nation with forces in Afghanistan”; More specifically, Sweden one of the few nations, and longest lasting, participating in the U.S. led military occupation of Afghanistan.

The request from the U.S. government to the countries participating in the Afghanistan operations was put forward on the 10 of August 2010. In the document “Affidavit of Julian Paul Assange”, we read that it was around that date when Sweden took decisive steps to “consider filing criminal charges against Julian Assange” – as requested by the U.S. government. [16]

Despite the Swedish Court of Appeal direct recommendation to the prosecutor (Court of Appeal’s decision of 12 November 2014) to be more active in finding an “alternative formula” for completing the interrogation of Mr. Assange – indicating for instance an interrogation at the Ecuadorian Embassy in London, [17]

Despite Mr Assange has declared is ready for such interrogation [18] – the prosecutor Marianne Ny still has not performed the interrogation in London.

This, after the U-turn the prosecutor made on her previous decision, which she made to last for years, about refusing to interrogate Mr Assange in London. [19] Just recently (26 April 2015) the Swedish Supreme Court has granted to hear an appeal by Mr Assange in regards to the European Arresting Warrant. [20]

Nevertheless, The ‘case’ is – technically speaking – still at a preliminary stage; no charges were ever made against Mr Assange, while the case is soon concluding its FIFTH YEAR.

We at Swedish Doctors for Human Rights consider that this excessive delay violates the above cited Article 9, paragraph 3, of the International Covenant on Civil and Political Rights by the United Nations (ICCPR), which demands that a detained person “shall be entitled to trial within a reasonable time or to release. [9]

The asylum of Mr Assange granted by Ecuador has to be respected, according international conventions and praxis. This asylum was granted after a thorough evaluation of the risk for both a) prison, b) and/or assassination of Mr Assange in the event he is extradited by Sweden to the United States. Such risk of imprisonment relates to indictment pertaining to the on-going Grand Jury sealed investigation against Mr Assange and WikiLeaks in Virginia, linked to the exposing of secret data allegedly harmful to national security. The risk of physical harm relates to several prominent U.S. politicians publicly advocating for the assassination of Mr Assange. [21] The U.S. investigations on WikiLeaks have continued unabated. [22]

Searching for a solution on the above-described stalemate, we have essayed a proposal to the new Swedish government for issuing guarantees that Mr Assange will not be extradited to the U.S. from Swedish territory. [23] We attempted this solution to meet the basic human rights of Mr Assange, and to facilitate the completion of the preliminary investigation in Sweden.

Unfortunately, the view of the new government – expressed on the occasion of a similar request regarding Mr Edward Snowden – is still that such guarantees cannot be issued ahead, and can only be considered in the instance of an extradition request. Although we regard this tenure to contradict the self-sovereignty principle, we have to accept that is the government’s privilege. That is to say, according to Swedish law, it is ultimately the privilege of the executive power to decide if a court-decided extradition will be processed or not.

It is worth noting that the international human rights organizations Amnesty has advocated – on behalf of Mr Assange’s human rights – for the granting of such guarantees of no extradition from the pat of the Swedish government. [24] However, the Swedish Section of Amnesty has opposed to such petition, [25] and thus taken instead a staunch stance on behalf of the positions expressed by the Swedish Foreign Ministry – at that time headed by Carl Bildt – and of the prosecutor authority. Swedish Doctors for Human Rights have denounced thus stance by the Swedish Section of Amnesty. [4]

The prospective of an extradition to the U.S. from the Swedish authorities is highly likely, in case such request would be presented. As we have warned elsewhere, “data regarding the praxis of extraditions by Sweden to the U.S: reveal that during the last decenniums all of these requested for extradition has been granted by the Swedish government, in cases in which the individual in question has been localized in Swedish territory“. [26] [27]

In merit of the facts above, we conclude that the case has been lost in a labyrinth leading nowhere, with no actual feasible resolution. It is therefore, now the responsibility of the Swedish judicial authorities to intervene and drop the case. Against the backdrop of this human-rights infringement, keeping a person detained and without any charges, in a variety of ways during a period of over four years, ranging from solitary cell to house arrest and confinement in an embassy’s room, the question remains, whether Sweden is acting as a “Reich stat”. An assertion that increases internationally every day this case remains unsolved.

[3] Kashmir Hill, “Three days in Beijing with three of the world’s most famous dissidents“. Fusion, 27 April 2015. The quoted text is in the context of Jacob Appelbaum being “subject to a criminal grand jury investigation in the U.S. due to his involvement with the transparency organization WikiLeaks, which has published half a million classified U.S. military documents about the wars in Afghanistan and Iraq; 250,000 diplomatic cables from the State Department…”

“On 11 February 2011, Prime Minister Fredrik Reinfeldt stated in the DN and Aftonbladet newspapers, that Julian Assange had been indicted. He then went on to take a position that was biased in favour of the complainants in the case.  Not only was this political interference in an ongoing case, but also it was based on untruths; Julian Assange has not been charged. The statement by the Prime Minister was:

“We have an independent judiciary which also in this case acted according to Swedish law. One has even public-indicted Julian Assange on allegations of rape”. And, “I can only regret that the rights and position of women weigh so lightly when it comes to this type of questions compared to other types of theories brought forward.”

The Swedish Prosecution Authority has also backed the case-prosecutor, as well as the Ministry of Foreign Affairs led by ex minister Carl Bildt, judging from a variety of statements on the case Assange from the office of the Prosecutor General of Sweden, and at the site of the Foreign Office. Apart of the expressions by PM Reinfeldt cite above, some worse expressions ad hominem against Mr Assange have been uttered in the Swedish press by ex minister Göran Haglund, also while in office [See Andrea Gunnarsson, “Hägglund om asyl för Assange: “Fegis“. Expressen, 15 August 2012].

“We found the case to match the aforementioned inclusion criteria, based on the following:

[9] United Nations, “International Covenant on Civil and Political Rights”, into force since 23 March 1976:

“PART III, Article 3. Anyone arrested or detained on a criminal charge shall be brought promptly before a judge or other officer authorized by law to exercise judicial power and shall be entitled to trial within a reasonable time or to release. It shall not be the general rule that persons awaiting trial shall be detained in custody, but release may be subject to guarantees to appear for trial, at any other stage of the judicial proceedings, and, should occasion arise, for execution of the judgement.”

[27] Marcello Ferrada de Noli, “It is up to the Swedish Government, Not to the “Swedish Legal System”, to comply on pressures to extradite Assange. Part II of the series The Seven Pillars of Deception“. The Professors’ Blog, 22 January 2013. Retrieved 17 April 2015.