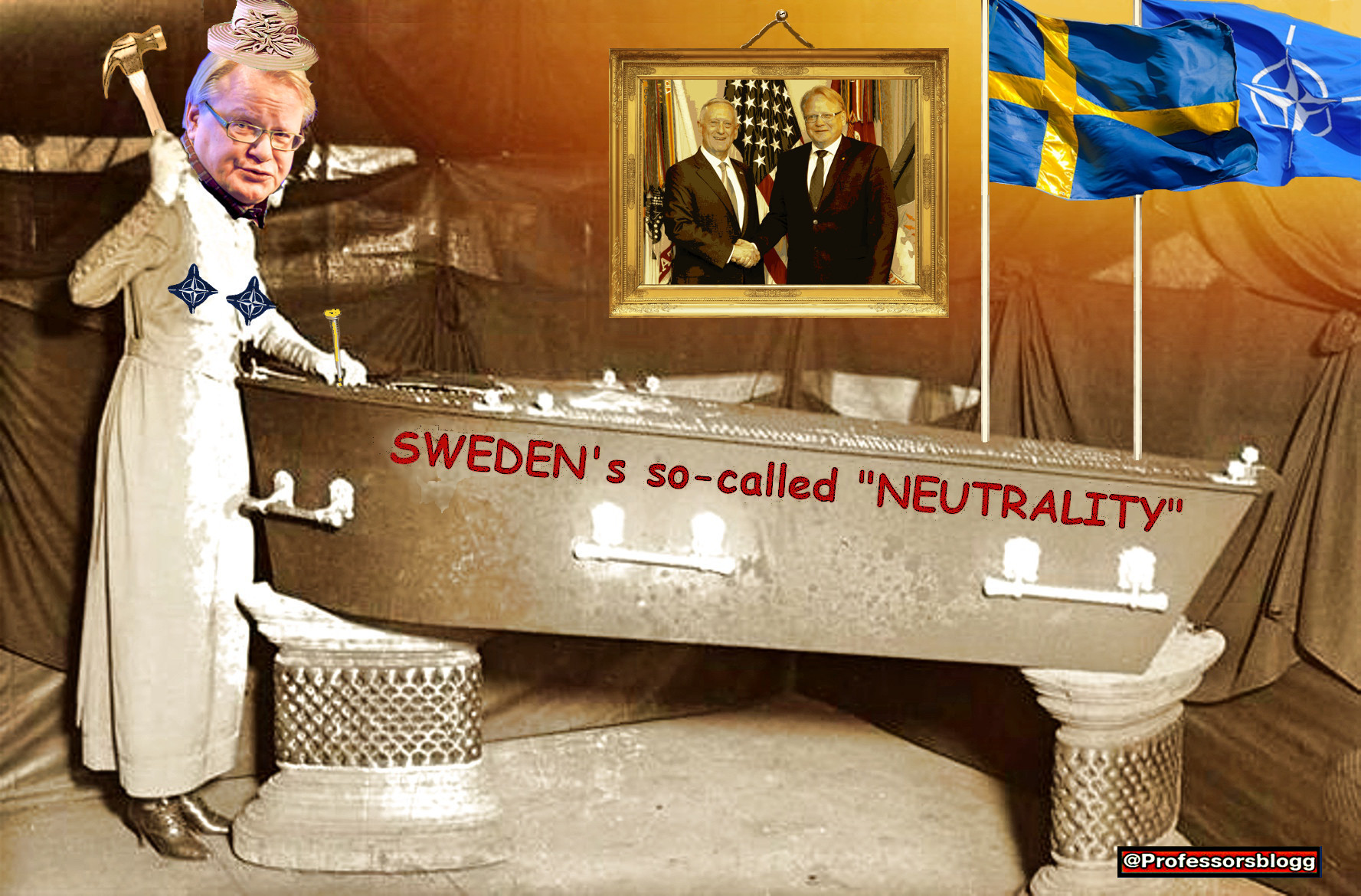 Presentation by Prof. Anders Romelsjö: This article was originally published in Norwegian on 18 April 2020 with the title “Liten støtte for «Artikkel 5» i NATOs medlemsland“. I translated into Swedish and republished with the author’s permission, which also authorized this translation done  by The Indicter Magazine. The article is an excerpt from a  report by Pew Research, a major public opinion institute. It is based on surveys of more than 21,000 people in 19 countries via an interview in the summer of 2019.

I would like to draw attention to the figures corresponding to Sweden. I present additional information (in Swedish) on this issue in the Swedish version at globalpolitics.se

The very positive view of NATO is also evident from this image (below) published in the Pew Research survey. A table shows that 58% in Sweden were positive to NATO in 2016, 65% in 2017 and 63% in 2019. Compared to 52% in the US, 53% in Ukraine, 21% in Turkey and 16% in Russia. In interviewed countries in Western Europe, only the Netherlands (72%) and the United Kingdom (65%) had higher numbers. This has been discussed in several articles in globalpolitics.se. 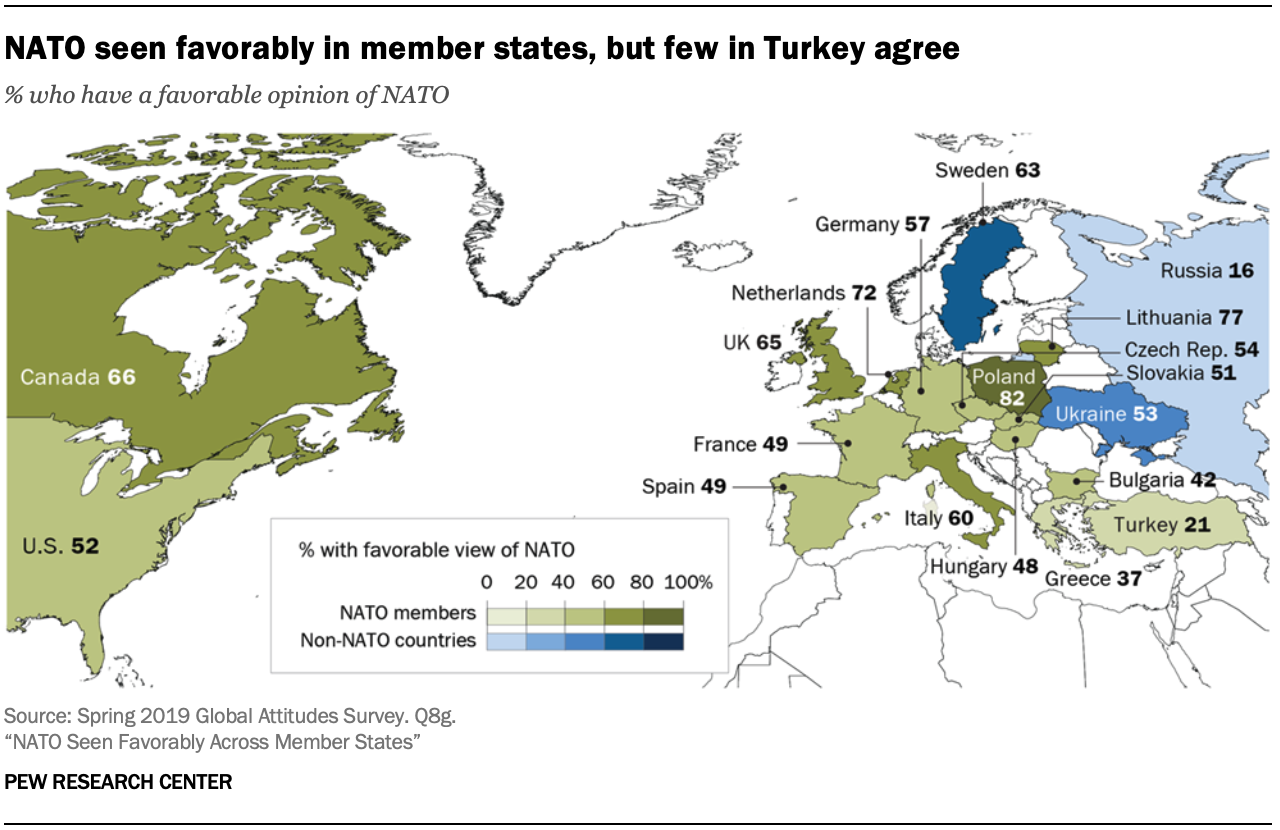 In a majority of NATO member states, the majority of citizens are opposed to the so-called Article 5, often referred to as “the core of NATO.” Article 5 establishes mutual assistance in an attack on one of the parties to the Treaty, i.e. the principle of “one for all, all for one”. The article reads “… The parties agree that an armed attack against one or more of them in Europe or North America should be considered an attack against all of them …”

But this solidarity pact disagrees with the majority of the citizens of the majority of the member states, according to a survey conducted by Pew Research. The study as a whole gives the impression of a generally positive attitude towards NATO in the member states. It is only in Greece and Turkey that a majority of citizens have a negative attitude towards the alliance. Only 21 percent of Turks and 37 percent of Greeks are positive to NATO. 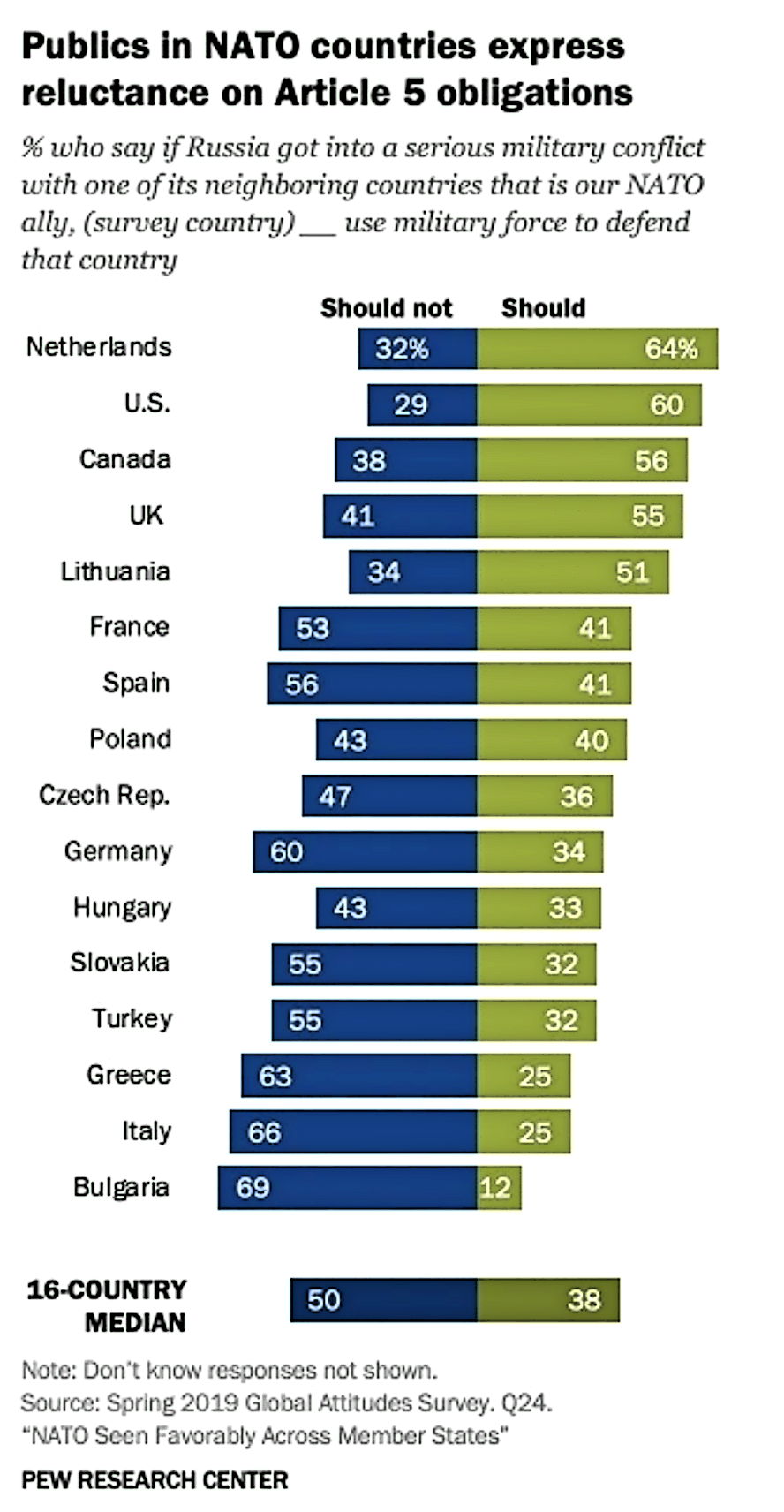 But the big problem for NATO is that only in five member states there is a majority in support for Article 5. Even when the question is asked like this: “Put Russia in conflict with one of its neighboring countries which is also a NATO member, you will support that the alliance provides military support to that country? “ 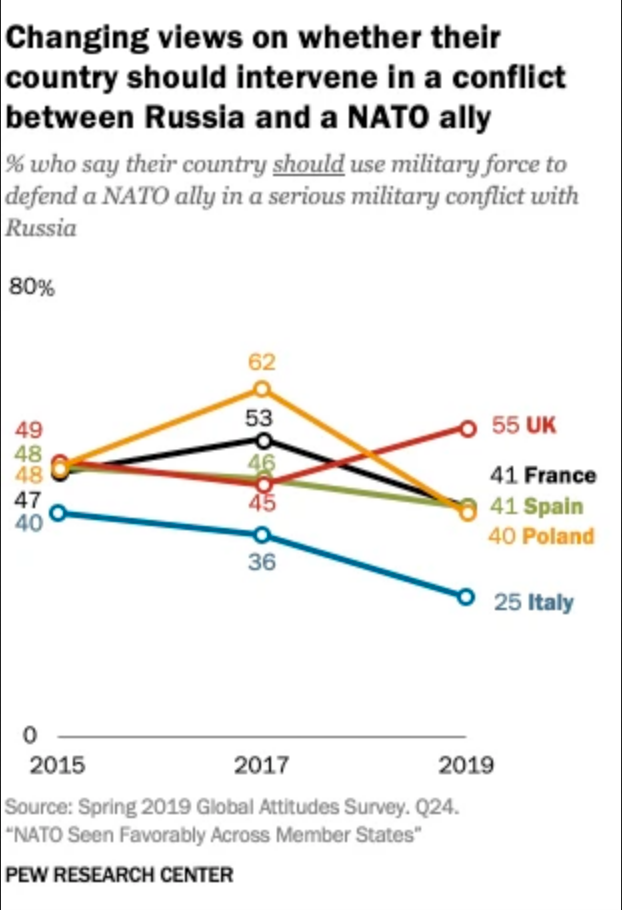 Without Article 5, NATO is by far in the way to become a paper tiger. Under Donald Trump’s leadership, the United States has made it very clear that the United States is only willing to defend those countries that pay adequate military costs. In effect, Washington views NATO member states as vassals and uses them as a marching zone and a potential war scene for a possible major war against Russia. When it comes to the inhabitants, the enthusiasm will probably crumble even further.