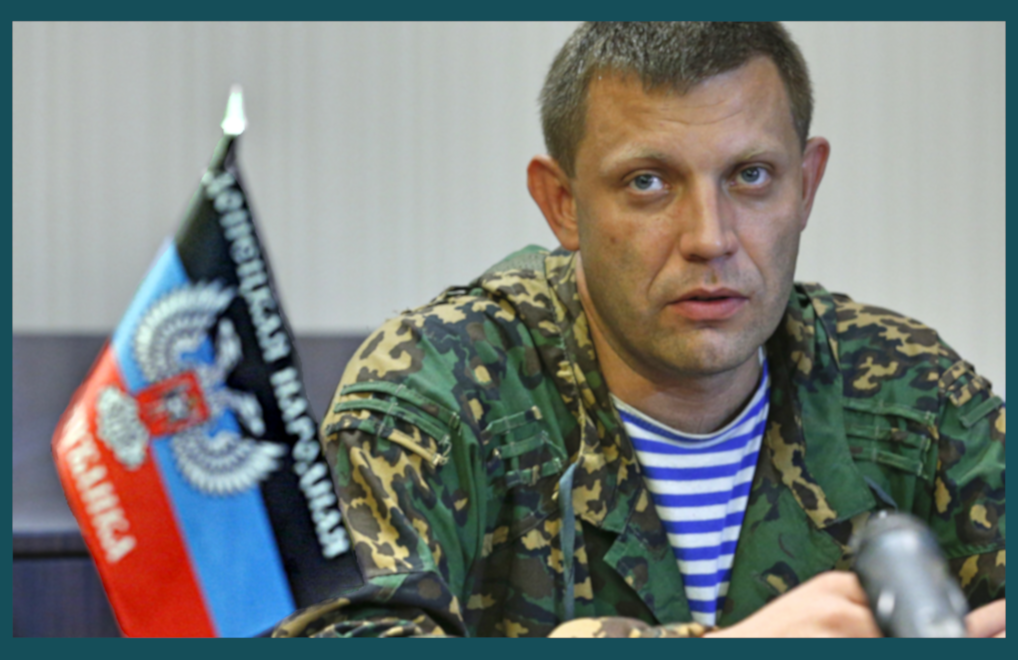 “Political scientist Vadim Karasev explains why the murder of  the DPR leader is beneficial to Kiev” Commenting the terrorist attack which assassinated the leader of the Democratic Republic of Donetsk Alexander Zakharchenko, the Ukrainian Minister of Foreign Affairs Pavlo Klimkin [phoyo at right], recently declared: “We always expect provocations from Russia, knowing that terrorists could […]

Commenting the terrorist attack which assassinated the leader of the Democratic Republic of Donetsk Alexander Zakharchenko, the Ukrainian Minister of Foreign Affairs Pavlo Klimkin [phoyo at right], recently declared:

“We always expect provocations from Russia, knowing that terrorists could organize them any time. The events in Donetsk on August 31 could also have impact on Russia’s further actions. We must be absolutely ready for this. And soon we will find out, who exactly organized the explosion: is it a local criminal showdown or influence of Russian special services?”

However, the Ukranian political researcher Vadim Karasev is of diverse opinion. All this according to an article authored by Artem Kolchin, which The Indicter translated from the publication Politexpert-net:

Author of text below: Artem Kolchin.

“The well-known Ukrainian political scientist Vadim Karasev revealed in an interview with BusinessFM who in Kiev may benefit from the death of the DNP leader, Alexander Zakharchenko, and why.

As known, the head of the Donetsk People’s Republic was killed on August 31 during an explosion in Donetsk. As a result, some Ukrainian media have begun to promote among the public the theory that Zakharchenko “became unprofitable to Moscow,” and that’s why such a tragic incident occurred.

However, even Ukrainian political experts disagree with the above opinion. One of these experts is Vadim Karasev. According to him, the developments are developing swiftly, and in this act of terrorism there is clearly a “Ukrainian trace” that reaches to the top of the government.

Karasev [photo at left] expressed the opinion that in the current situation around the Donbass of Russia it was completely unprofitable even to replace Zakharchenko, not to mention the murder. Such an event is advantageous only to Kiev, the expert believes. And everything was done very competently and clearly, so we can say that it was worked out by professionals, people with special training, or even from the special services of Ukraine.

The reasons for such a tragic incident will need to be discussed later, when Kiev’s steps will be outlined in the framework of the Donbass. Meanwhile it is not known whether the process will follow the channel of Minsk, or Kiev will bypass it.

It is worth acknowledging that Zakharchenko’s death could be beneficial even to Poroshenko himself. After all, the population understands that the issue of Donbass, which for a long time could not be resolved, has now shifted perspective. In other words, the people may conclude that Kiev is able to solve problems by force. This will affect the assessments of the army’s ability to defend the country, as well as personally on the head of state.

Electoral prospects for Poroshenko appear now much higher than they were before. People do not like to risk election, choosing a new leader in such a difficult and tense time. This increases Poroshenko’s chances for a new term. Therefore, the “Ukrainian footprint” in Zakharchenko’s murder stretches to the very top of the authorities, the political scientist believes.”

Editor’s Note: The above text authored by Artem Kolchin, it corresponds  to a translation done by The Indicter of a publication found at Politexpert-net [https://politexpert.net/119390-karasev-obyasnil-pochemu-ubiistvo-zakharchenko-vygodno-kievu]. It is shown in the facsimile here below: