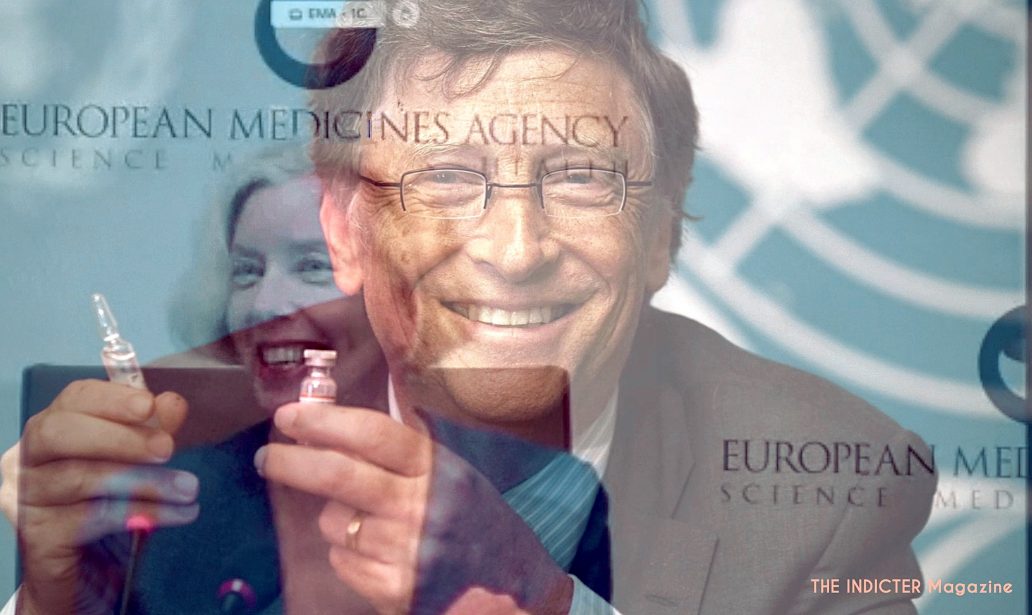 Viewed epidemiologically, fast global vaccination is necessary to contain the spread of Covid-19. The world is failing miserably on this by allowing its response to be guided by corporations, politicians and mainstream media.

Unfortunately, this global challenge has not been met from the perspective of humanity’s public health. Instead, the leading principles are those of the profits of Western pharmaceutical industries, mixed with the political agenda of governments that support them, and backed by their respective media outlets.

In this vaccine race, two features have been prominent. One is the concealing, or lack of transparency, regarding the complete set of vaccines’ side effects, both in the reporting of clinical trials and in the rolling out of vaccination programs. The other element has been an unsubtle campaign of disinformation regarding safer and effective non-Western vaccines, such as Sputnik V or Sinovac, as I have written before.

It is important to emphasize this geopolitics-inspired behavior, because a) international research cooperation has always been possible on part of the scientific community – as demonstrated in the past with other pathologies. Even a coordination of the global production and distribution of the Covid-19 vaccines could have been totally possible through international organizations – a possibility that also has been neglected; b) had the above been implemented, the efforts to contain the pandemic in the world would have been vastly more effective, i.e. decreasing the spread of the virus, diminishing possibilities for new virus variants or strains to emerge, less deaths would have occurred, more hospital resources would have been available for other, now postponed, pathologies.

Two side effects of the Covid-19 vaccines that have primarily caught the attention of the scientific community in recent months have been blood clotting events (first reported after vaccinations with the AstraZeneca jab) and anaphylactic reactions (first reported after vaccination with Pfizer’s). As a result, several countries have paused the administration of vaccines of particular brands, or changed the age-groups that could receive those jabs.

One of those problematic side effects is referred to as cerebral venous sinus thrombosis (CVST, or cerebral venous thrombosis – CVT), and a particular presentation of the problems has been its association with thrombocytopenia (decreased presence of thrombocytes, also called platelets, that help the blood clot). This is a clinical constellation not commonly observed among the CVST cases that have not received vaccination.

From the beginning this problem was mainly associated with the AstraZeneca vaccine. In its conclusion report after its AstraZeneca investigation (April 7 2021), the EMA reported a total of 169 cases of CVST and 53 cases of splanchnic vein thrombosis (SVT) up to April 4 2021.

The EMA declares in a footnote of the report that those 169 cases occurred against a backdrop of circa 34 million people that have been vaccinated in the European Economic Area and the UK.

But a recent study in the US, published by the National Center for Immunization & Respiratory Diseases, has found that the same particular CVT problem is also associated with the Johnson & Johnson vaccine, Janssen. In its words, “Clinical features of Janssen cases are similar to those observed following the AstraZeneca COVID-19 vaccine in Europe.” AstraZeneca’s Vaxzevria and J&J’s Janssen vaccines both comprise replication-incompetent adenoviral vectors, i.e. human and chimpanzee.

The same day as the highly publicized EMA report (April 7), a group of scientists at Oxford University published a research paper aimed at proving that Covid-19 causes vastly more thrombotic events than any vaccine. The study revealed that, according to the EMA, the incidence of CVT associated with the chimpanzee adenovirus-vectored Vaxzevria was 5.0 per million people. The Oxford scientists also found that the incidence of CVT was not significantly different after the vaccine produced by Pfizer, or the one made by Moderna. (Both numbers were found to be much lower than the dangers of Covid-19, which causes 39 cases per million people). The rates for portal vein thrombosis (PVT) were even higher for Pfizer: 45 per million, compared to 436 per million in Covid-19 infection.

Pfizer, of course, denied there is any link between thrombosis and its vaccine, citing its own research. But AstraZeneca had done the same in the beginning, supported by the semantic exercises in the EMA’s early statements, when while conceding that the blood clotting events had occurred after the vaccination, no association with the properties of the vaccine itself was clear or proven.

The scientists predominantly agree with the EMA that the incidence of CVT associated with Covid-19 is higher in comparison with that associated with the vaccines. But at the same time, they acknowledge that this should be replicated and ratified with further studies. I would add, with independent studies, done by people who bear no association with the producers of the vaccines studied.

In the case of the cited paper – also referred to in the British Medical Journal (BMJ), the affiliation of the authors reveal that four out of the five scientists are associated with or employed at Oxford University – the research institution that created the vaccine and later sold the rights to the Swedish/British company AstraZeneca.

Still, their investigation is not denying the associations between the AstraZeneca vaccine and the thrombotic phenomena, while also concluding that the Pfizer and Moderna vaccines share the same serious side effect. In addition, the above mentioned study from the US indicated that a similar clinical constellation regarding CVT symptoms is observed in the Janssen vaccine.

What about those side effects in other Covid-19 vaccines available?

To illustrate, I will here refer to the cases of Sinovac (also called CoronaVac), used in Chile, and Sputnik V, in Mexico.

In Chile (population almost 19 million), over 11 million people have been vaccinated with Sinovac. So far, “no serious adverse effects” have been observed. In Mexico, a report by the Ministry of Health states that the Sputnik V vaccine is the only one among the jabs in use in the country (which also include Sinovac, AstraZeneca and Pfizer-BioNTech) which have not registered any serious adverse effects.

The above supports one of the main selling points promoted by the Sputnik V developers, who say the Russian jab does not cause blood clots.

As an epidemiologist, the most striking fact for me is that health authorities in the EU and other countries, at the same time as they stress the need for mass vaccination of their populations, still neglect the use – even temporarily – of vaccines that have demonstrated amidst millions of beneficiaries all over the world as not having those severe, or even life-threatening side effects, which have prompted emergency reassessments by the EMA, or by the US health authorities, one after another.

Equally absurd is the stance taken by the Swedish authorities and their mainstream media, which, by regarding the interests of the privately-owned AstraZeneca company a matter of “national interests,” create the surrealistic geopolitical artifice of falsely accusing scientists – who analyze the clinical features of Covid-19 vaccines in regards to the safety and public health of the world population – of being part of  a “foreign power” campaign.