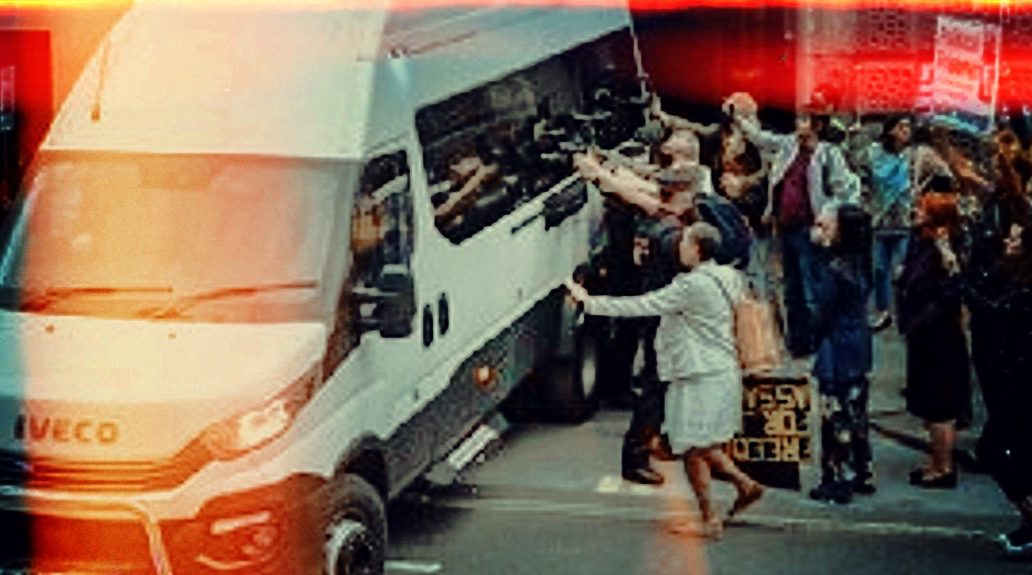 Information about Assange’s escort arrangements to and from category A Belmarsh prison for many of his court hearings over the last two years raises some questions.  An FOI response from Her Majesty’s Prison and Probation Service (HMPPS) shows that escort arrangements for Assange changed over time, with increased security.

It indicates that Assange’s transportation to his extradition hearings in February 2020 at Woolwich Crown Court and September 2020 at the Central Criminal Court was subject to Category A Prisoner External Movements.  Other dates indicate that Assange’s escorts were undertaken by SERCO under standard procedures.  This suggests that the prison authorities only consider Assange a dangerous flight risk 50% of the time.

This also appears to be the case regarding court security.  For case management hearings Assange was treated as all of those facing extradition are treated: forced to stand in the dock in Westminster Magistrate’s Court.  However, efforts to present him as highly dangerous were intensified for his extradition hearings.  In February 2020 the authorities placed him in a small secure glass dock in Woolwich Crown Court, in the vicinity of Belmarsh prison, used for the most dangerous individuals.  Following the first day of the hearing it was reported that Assange had been subjected to abusive treatment by the prison authorities.

“…twice been stripped naked and searched, eleven times been handcuffed, and five times been locked up in different holding cells. On top of this, all of his court documents had been taken from him by the prison authorities, including privileged communications between his lawyers and himself, and he had been left with no ability to prepare to participate in today’s proceedings”.

This showed that to escalate the narrative of monster the prison authorities escalated their brutality.  And was this all for show?  In October 2019 James Lewis QC represented the prosecution in Westminster Magistrate’s Court and Assange was taken there by SERCO and sat in the dock for his hearing, like everyone else.  There was no need for a special high security dock for dangerous killers that day or for category A escort arrangements.

The presiding Judge Vanessa Baraitser’s refusal to allow Assange to sit with his lawyers during the hearing at Woolwich kept the lie going that he was a threat.   Even when the prosecution gave no objection to the request, Baraitser stayed on cue with the narrative.  We can see that Assange has suffered extraordinarily at the hands of the British authorities for the purpose of impressing the US.  Even when that has failed, the mobbing by public officials has been kept going.

In September 2020 Assange’s case moved to the Central Criminal Court (the Old Bailey) in London, where historically serious criminals have been tried and convicted.  An FOI response has shown that he became the first person ever to have an extradition hearing there.  Holding Assange’s hearing there could serve no logical purpose other than to create theatre, to present Assange as a criminal.  Baraitser restricted public and NGO access to Assange’s hearing, barring even legal observers.

On 4th January 2021 Baraitser denied Assange’s extradition to the US on health grounds, and on the basis that US prison conditions would be oppressive.  Yet two days later, for his bail application hearing on 6th January 2021, Assange was transported to Westminster Magistrate’s Court from Belmarsh prison subject to category A external movements.  Baraitser denied him bail claiming the US prosecutors were appealing her decision and he had a motive to abscond.  On giving her decision, Baraitser acknowledged that Assange had sought and been given political asylum (in 2012) by Ecuador, which allowed him residence in the Ecuadorean Embassy to avoid extradition to the US.  Baraitser confirmed what Assange had been saying for years.

No conviction, no criminal record, not charged with any crime, his extradition request rejected, why take Assange to court as a category A flight risk?  That is not logical in the same way Baraitser’s decision to send Assange back to Belmarsh during a pandemic was not logical, given his deteriorating health and her grounds for rejecting extradition.  We can see that all efforts are being made to deny Assange his humanity and dignity.  We can see the connivance of officials and authorities, whose legacy will be that they were not fit for purpose.  They have brutalised, abused and demonised a journalist to satisfy an alliance with those guilty of crimes against whole populations. 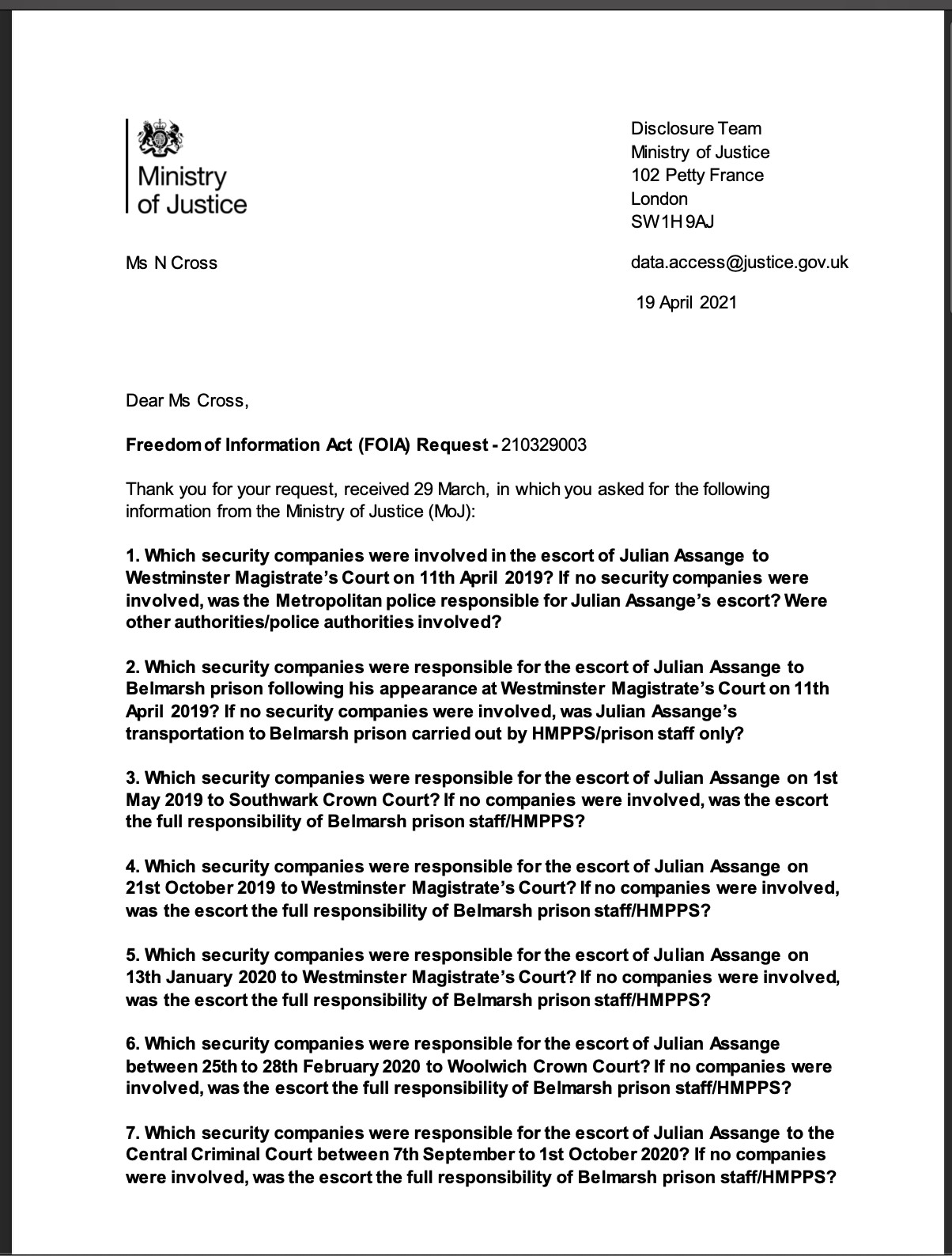 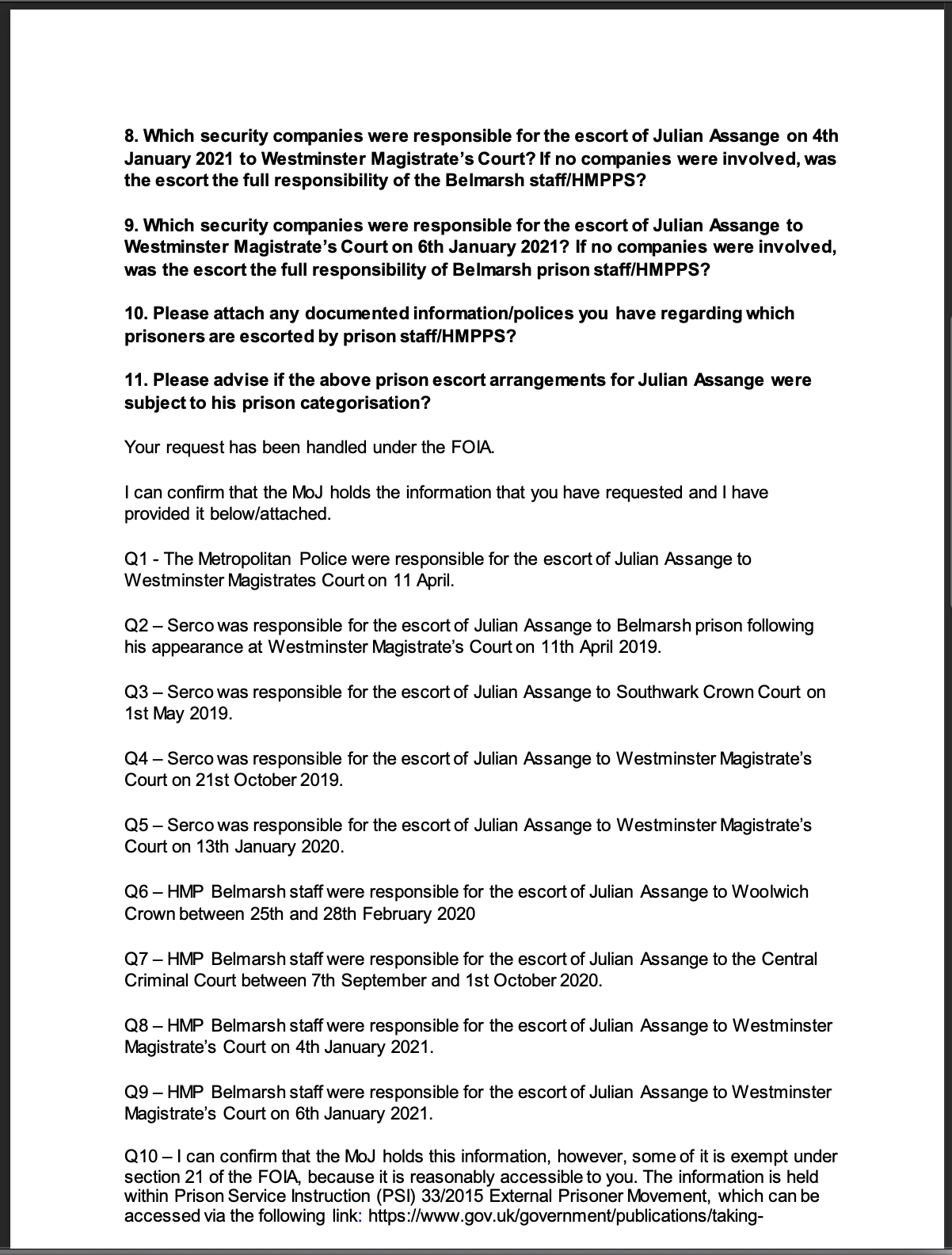 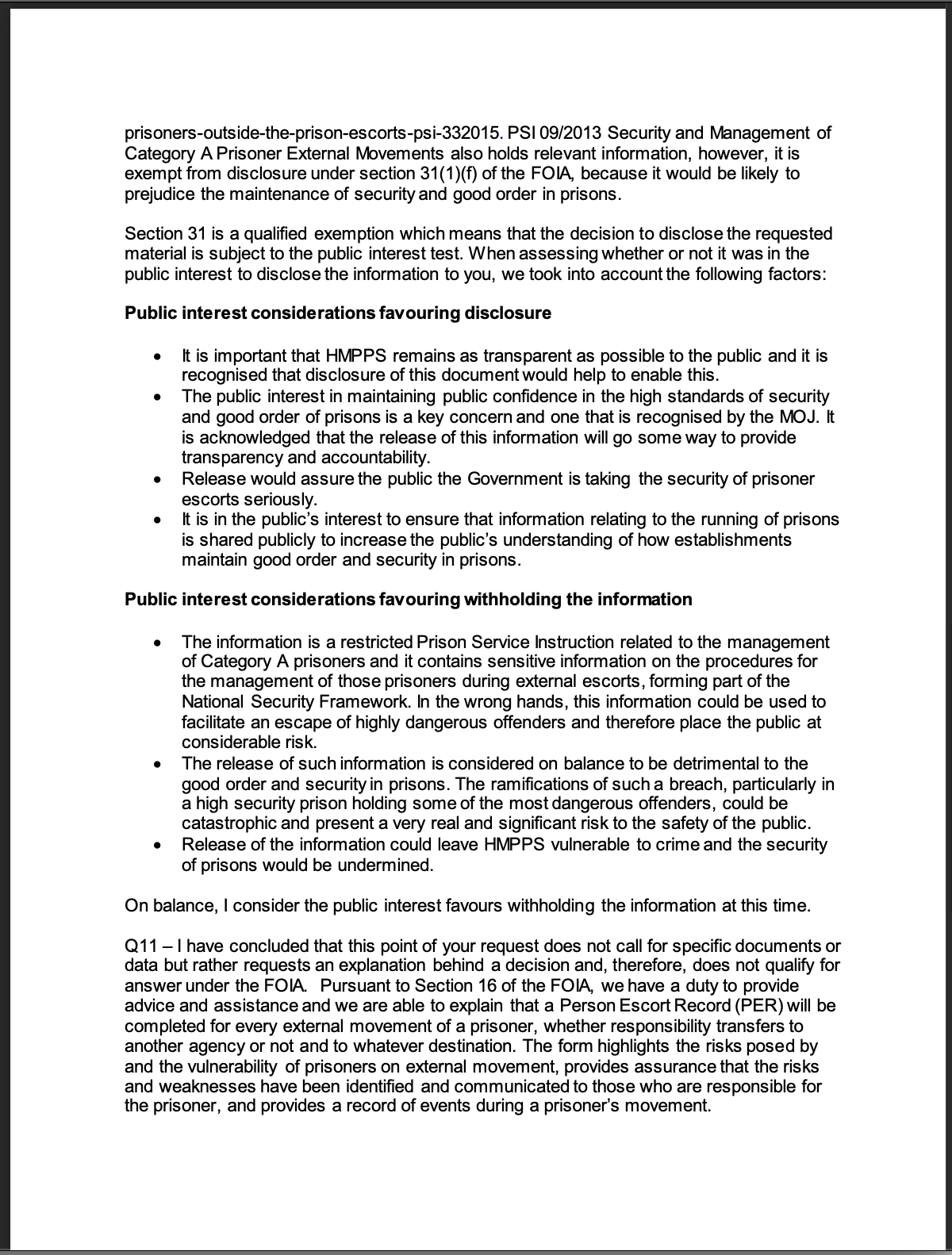 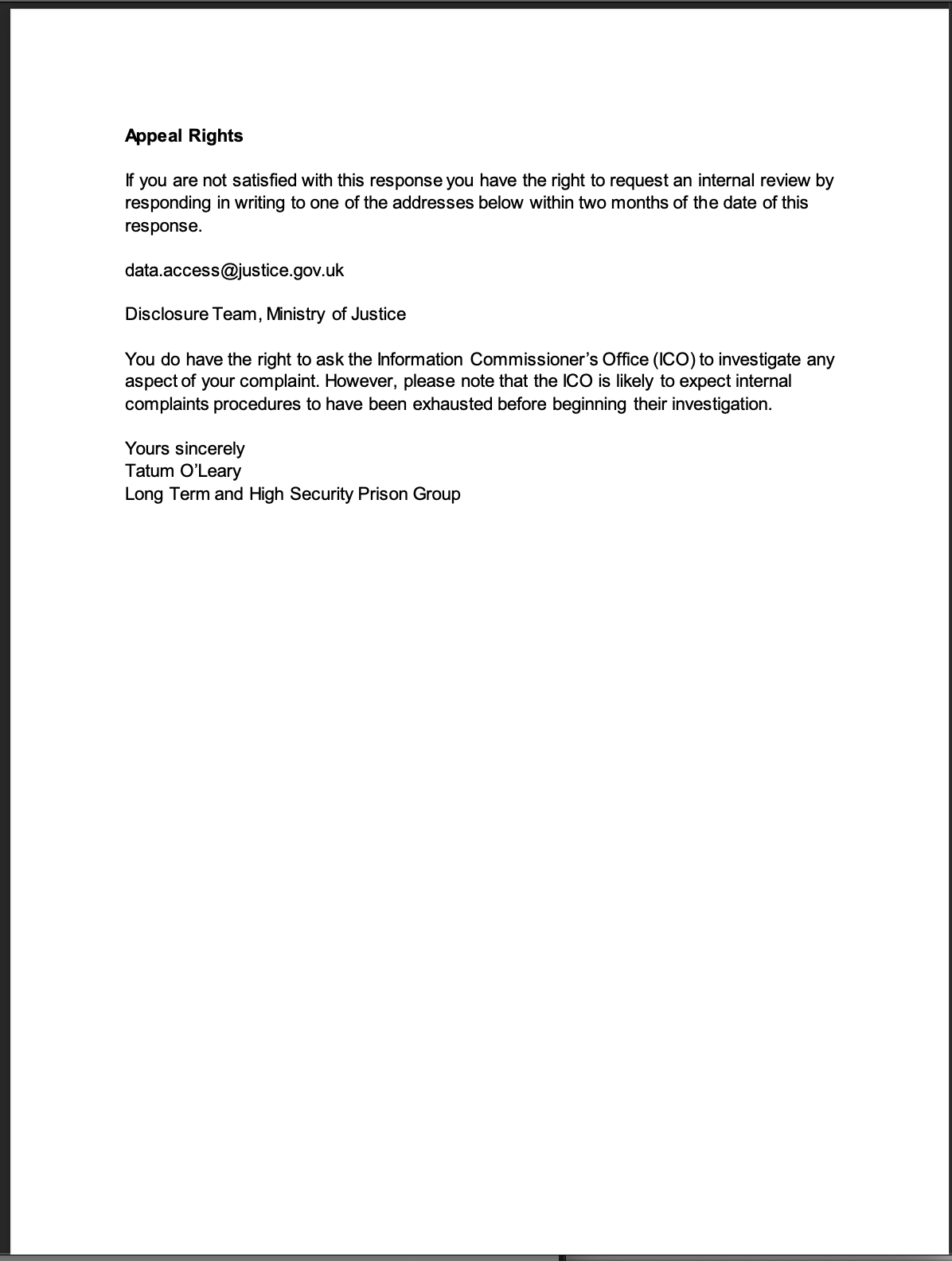 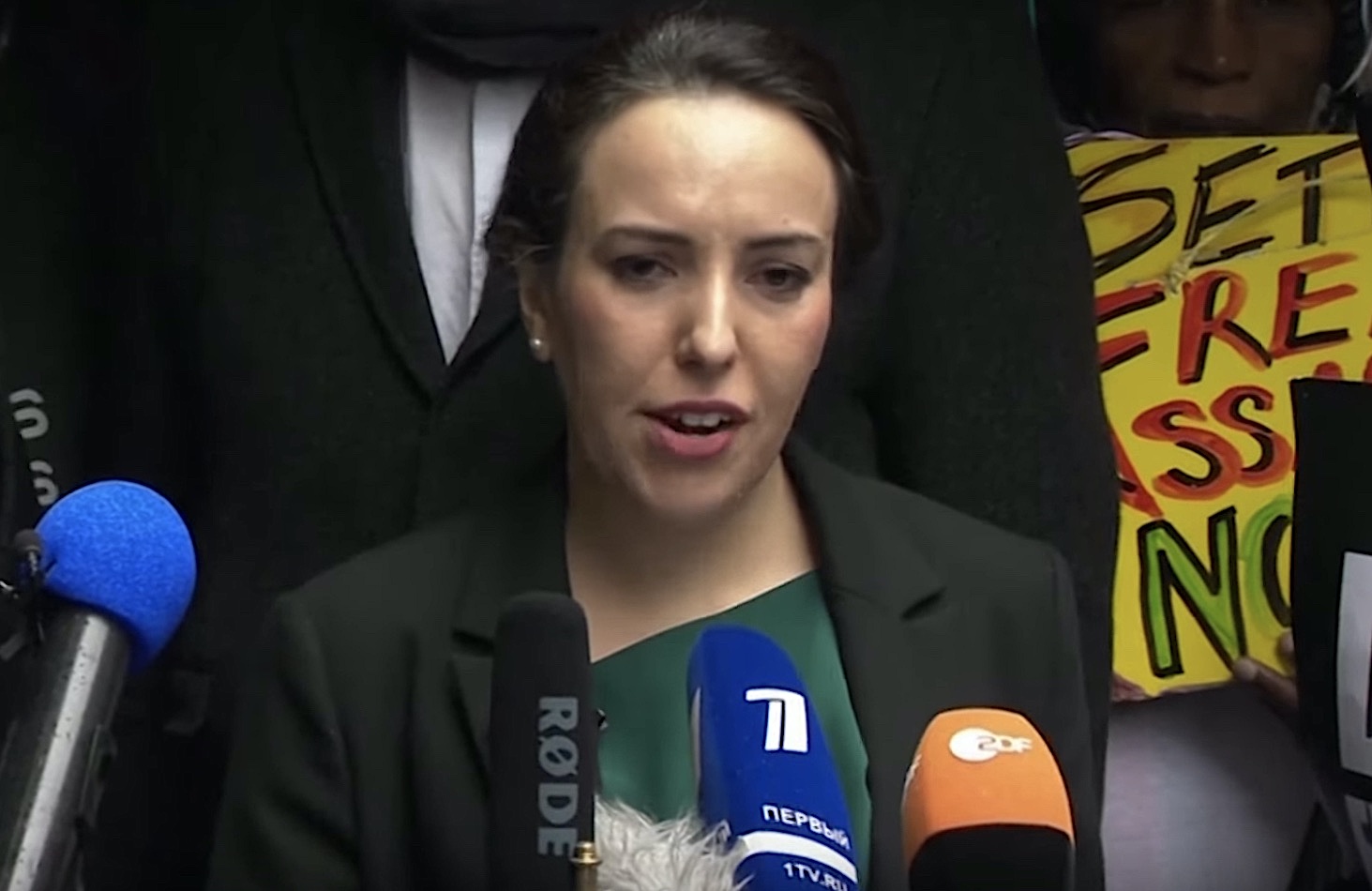 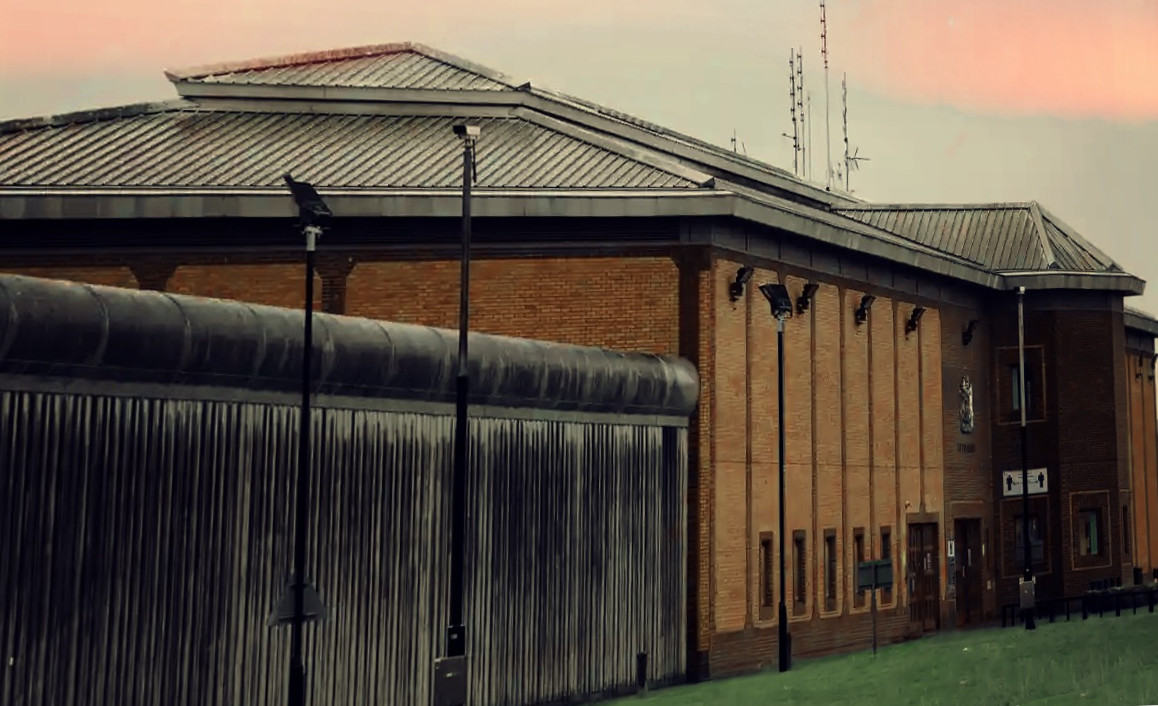