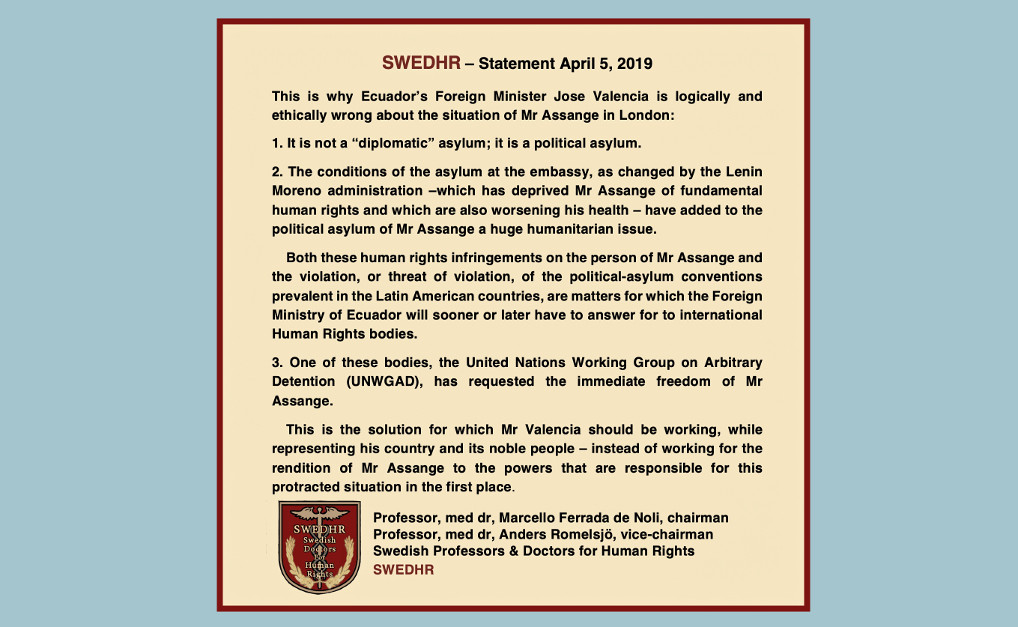 WikiLeaks breaking news on Twitter April 4, 2019 announced: “A high level source within the Ecuadorian state has told @WikiLeaks that Julian Assange will be expelled within “hours to days” using the INAPapers offshore scandal as a pretext–and that it already has an agreement with the UK for his arrest.” In the morning of April […]