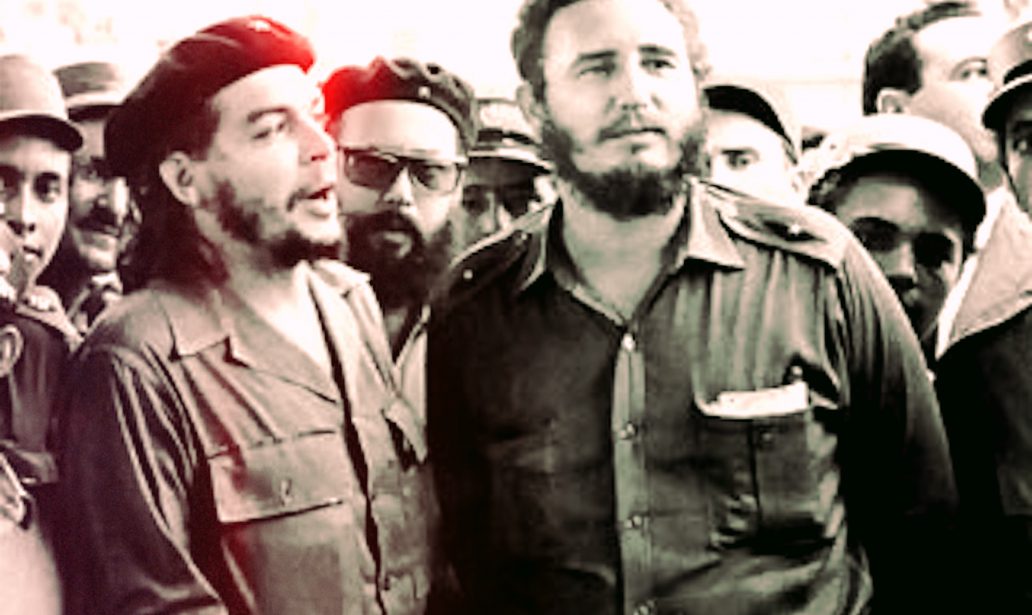 The unique historical experience of Cuba cannot be copied anywhere, but the small nation does offer the world some tremendous lessons in values of humanist socialism combined with anti-imperialist thought and practice.

Much of this owes to Fidel Castro’s unique, applied “synthesis of the ideas of Martí and of Marxist-Leninism”. Yet a wider study of the history of Cuban and Latin American independence movements is necessary to appreciate the key elements of Cuba’s contribution: the humanism, the construction of original social and socialist projects, revolutionary unity in the face of successive imperial assaults and commitment to humanist internationalism.

Fidel is one of the giants of the 20th century who led both a victorious social revolution and construction of a new society. His perspective and later reflections on those processes are invaluable. Soon after the triumph of the revolution, in 1961, he observed that there was no way for the Cuban revolutionary process to avoid conflict with imperial power. It was naïve to imagine, he said, that the imperial power would not clash with agrarian reform, the nationalisation of public services and the creation of “an independent economy and an independent political life”. A strong and united revolutionary process was necessary to build and defend real social gains, in a hostile environment.

Much later, in the year 2000, Fidel made his now famous declaration on the character of revolution: “Revolution is a sense of the historic moment; to change all that needs to be changed … it is to struggle for our dreams of justice for Cuba and the world, which is the base of our patriotism, our socialism and our internationalism”. He was drawing on currents of Latin American thought, especially on Martí, but also on the indigenous resistance of Hatuey in Cuba and Túpac Katari in Bolivia, and on the subsequent liberators of the continent from colonialism. Simón Bolívar had said in 1816: “We must form a great nation, whatever the price, and all else will be tolerable”. Bolívar’s idea, adopted by both Fidel and Hugo Chavez, was to form a continental and republican nation which included citizens of all ‘races’ whose rights would be respected without discrimination.

Let’s look a bit closer at the key themes of Cuba’s revolutionary and anti-imperial thought. 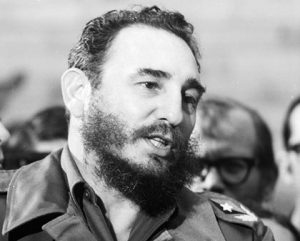 José Martí, so influential on Fidel, we see a powerful humanist influence and probably greater idealism than that of the western Marxists. Martí – himself influenced by earlier liberals, free thinkers and Christians including Felix Varela and José de la Luz y Caballero – blended strong moral and radical liberal concepts into a revolutionary, anti-imperialist perspective. He began with a concept of justice and extended it to include civil freedoms and access to education and culture; because ‘to be cultured is the only way to be free’. Education, in turn, was said to include the widespread inculcation of social conscience and ethical culture, as well as high levels of formal education. So long as justice was not achieved, there had to be a social struggle and, in the case of implacable entrenched interests, and in particular colonial rule, a revolutionary struggle.

In his famous 1891 essay ‘Our America’ Martí wrote “A cloud of ideas is a thing no armoured prow can smash though. A vital idea set ablaze before the world at the right moment can, like the mystic banner of the last judgment, stop a fleet of battleships.” Fidel, like Martí, believed in the power of ideas.

human species. In ‘Our America’ Martí wrote, “one must have faith in the best in man and distrust the worst.” He added “there is no racial hatred, because there are no races.” In this tradition, more than a century later in 2001, the ‘World Conference against Racism’ declared “any doctrine of racial superiority is scientifically false, morally condemnable, socially unjust and dangerous, and must be rejected along with theories which attempt to determine the existence of separate human races”.

Influenced in turn by Fidel, Ernesto ‘Che’ Guevara also spoke of the need to create ‘new men and women’ for the construction of socialism, highlighting the values of freedom, collectivism, sacrifice, a wider sense of education and social conscience. This helped define the current of Cuban humanism.

For two centuries Latin American progressive thinkers such as Rodríguez, Martí and Mariátegui have rejected the idea of copying social or economic models, instead focusing on principles and values which might be shared across various socio-economic systems. Martí wrote “the history of America from the Incas to the present must be taught in its smallest detail, even if the Greek Archons go untaught. Our own Greece is preferable to the Greece that is not ours; we need it more.” A similar line of reasoning opposed economic dogma. Problems had to be “subject to debate, not submitted to a pre-determined economic school of thought”.

The Peruvian Marxist José Carlos Mariátegui reinforced this idea of a distinct Latin American path, challenging dogmatism and raising the importance of local culture. Latin America had distinct modes of production and of social relations, he said. Like Marti, he maintained that ‘models’ could not be copied from one social context to another.

Cuban analysts have often argued that Revolutionary Cuba’s social development is based on ‘principles’ with a ‘necessary flexibility’ of economic models, or the making of ‘flexible’ economic plans which respond to particular conditions. Small countries, in particular, must adapt to their circumstances. Advances must be based on historical and cultural roots.

Recognising the broader conflict between capital and labor Martí nevertheless rejected a formulaic response, writing in 1875: “Each country creates its own special economy . . . [which is] the combination of solutions to distinct conflicts between labor and wealth: there are no immortal laws. . . . In each country there is a special history of capital and labor. . . . For particular histories, particular solutions”.

For all these reasons the program of the Cuban Revolutionary Party of 1892 was based on broad principles and ethical considerations, applied to such things as free labour, the abolition of exploitation, social equality, the creation of “a new people,” and the conduct of the revolutionary war. There was no defined economic “model.” Both Martí in theory and Fidel in practice maintained a degree of pragmatism or tactical flexibility by focusing on principles and arguing that circumstances must be addressed by “necessary” measures.

Much of Martí’s approach was adopted by Cuba’s early Marxists, such as Carlos Baliño, Julio Antonio Mella, Blas Roca, and Juan Marinello. Baliño drew on Martí’s idea of a broad anti-imperialist alliance, saying that Martí was the liberator, poet, and “apostle” of Cuba, had captured the hearts of the people as “a guiding light”. Mella adopted Martí’s internationalism and said, in the age of U.S.-backed dictatorships: “It is not possible in the Cuba of Martí that thinking freely can be a crime.” 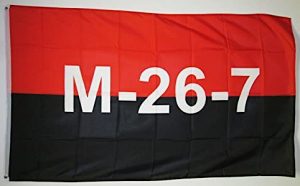 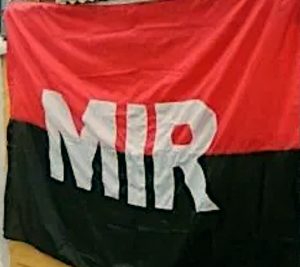 The 1955 manifesto of the July 26 Movement follows Martí’s revolutionary, collectivist, and redistributory ideas, demanding a massive expansion of education and new cultural programs. In this tradition Fidel identified the protagonists of revolution as “the great unredeemed masses” who had been misled and betrayed, including the rural workers, industrial workers, small farmers, owners of microbusinesses, students and young professionals.

After the revolution led by Fidel, Cuban analysts spoke of a process of “social accumulation” which combines Marxist notions of economic accumulation with Cuban idea of “the transformation of human beings [through] education, health, social security, the creation of [social] values and different forms of participation.” In the 1990s this idea was said to be “at the root of reasons why Cuba did not replicate the Euro-Soviet cycle” of a collapse of socialism and transition to a capitalist mode.

Martí was the first to foresee the need for ‘a second independence’ in the neo-colonial era. This led him to call for ‘revolutionary unity’ and a single party. In ‘Our America’ he wrote: “The trees must form ranks to block the seven-league giant! … we must move in lines as compact as the veins of silver that lie at the roots of the Andes.” In face of the ‘giant’ there had to be unity, but, within that, self-criticism: “Politics is strategy. Nations must continually criticize themselves, for criticism is health, but with a single heart and a single mind.”

Revolutionary forces needed the broadest possible alliance of farmers, workers, students, and all the dispossessed and “the poor of the earth.” Martí saw “revolutionary unity” with a single party as the only way a small nation could avoid being divided and dominated by imperialism. Much the same principle applied to the continent. The peoples of Latin America had to be free of the imperial powers, which had always sought to divide and rule. The U.S. proposal for a ‘Pan American’ customs union was fatally asymmetrical, giving most advantage to Washington. Cuba views the Organization of American States (OAS/OEA) in much the same way today.

For Mella the project of Latin American unity was also central; that is, the unity of revolutionary forces was key. He followed Martí’s commitment to a broad concept of culture, which included consciousness building as well as formal education and the arts. Where Martí had said “justice first, and art next” and “to be cultured is to be free,” Mella asserted that “culture is the only emancipation, real and definitive”.

The other defining feature of the Cuban revolution has been its humanist internationalism, especially through the training and sending of doctors and educators to all corners of the earth. That process was so extensive that the small island has become the greatest trainer of doctors in other countries, making Cuba, in the worlds of Kirk and Erisman, a ‘World Medical Power’.

This internationalism has included assistance in the independence struggle of several former colonies, notably Algeria, Angola, Namibia and South Africa. In recent decades the focus has returned to medical aid, with successful mass training programs across Latin America and Africa. Yet probably the largest (pro rata) and most successful program took place in newly independent Timor Leste, a small country in South East Asia. Not only did Cuban professionals – complying with a promise by Fidel – train more than 1,000 doctors, Cuban medical brigades helped in the transmission and embedding of social medicine ideas in Timor Leste’s health system.

By its committed ideas in the fields of humanism, originality, revolutionary unity and internationalism, Revolutionary Cuba has made and continues to make a unique and powerful impact on the world.

From The Indicter Channel: 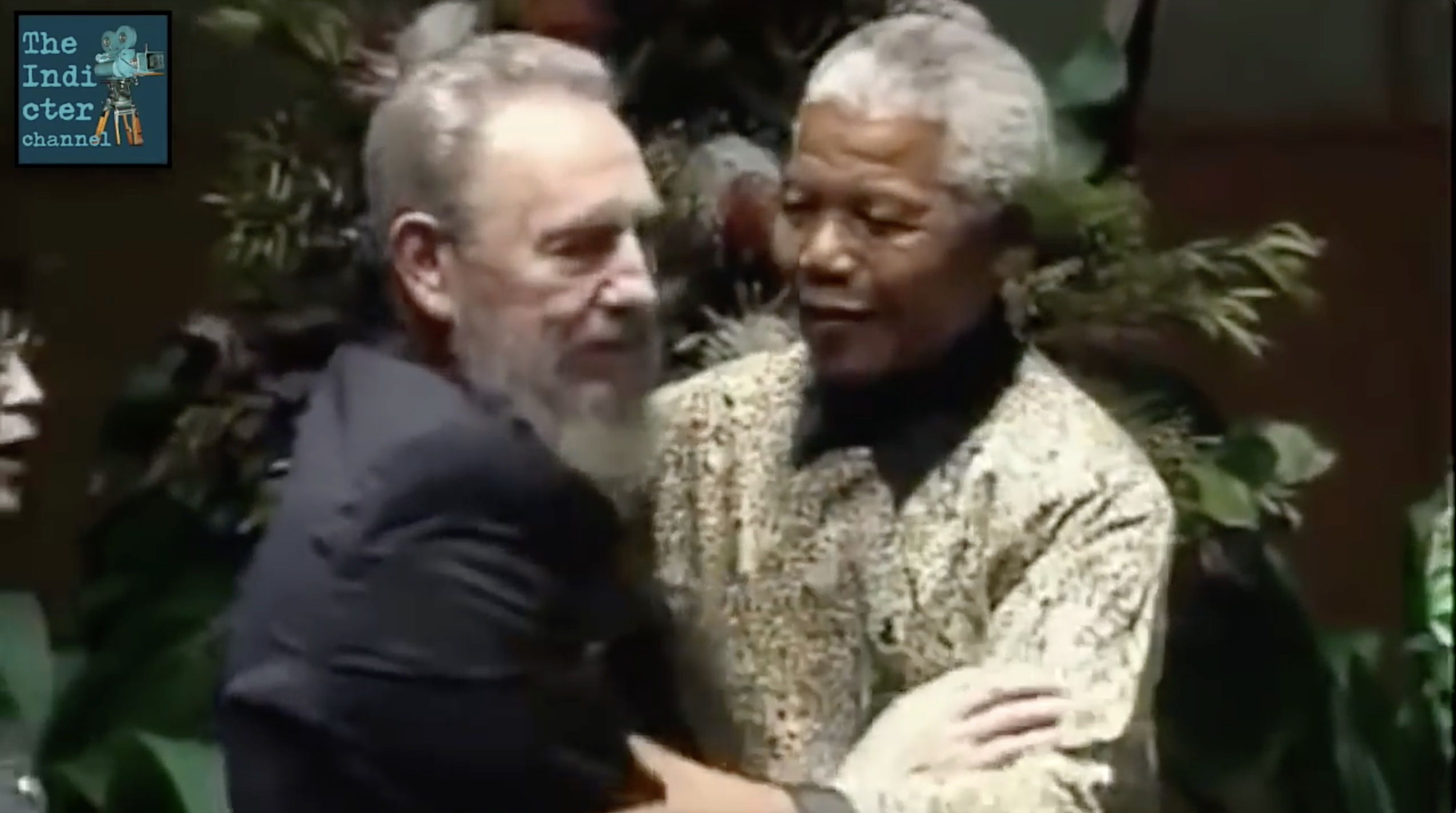