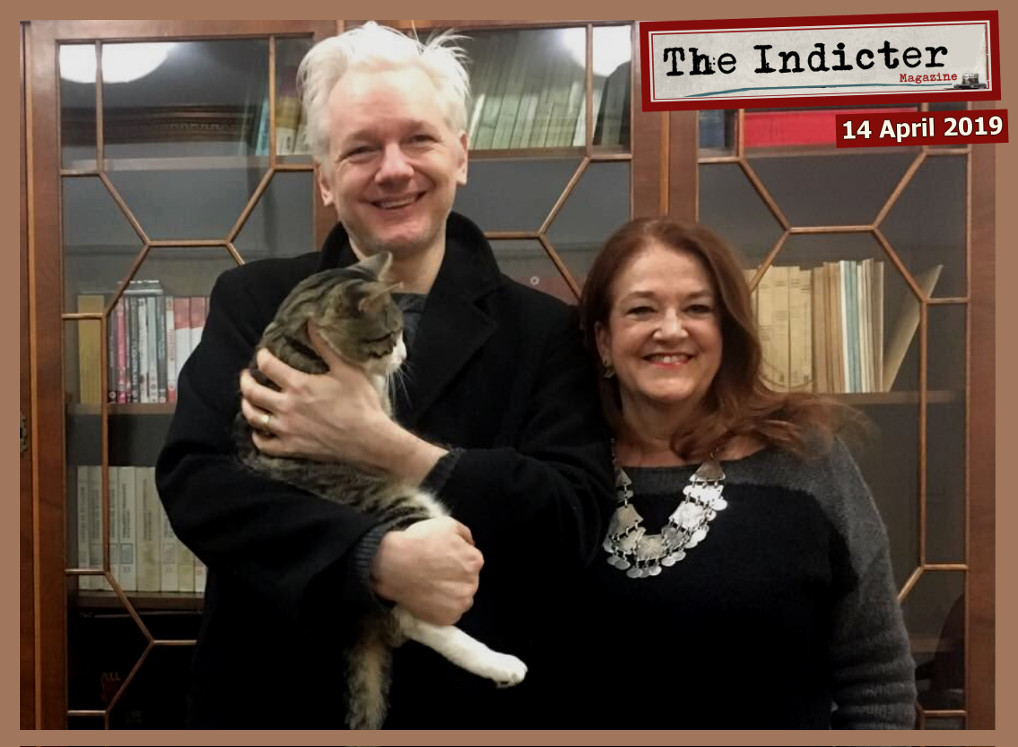 Editor’s Note: “Mi Amigo Julian Assange” authored by Ms Alicia Castro, former Argentina’s ambassador in the UK and Venezuela, has been translated for The Indicter magazine by Prof. Marcello Ferrada de Noli.  Her statements appeared the same day in Página 12, Argentina.   By Alicia Castro* In 2012, the year I arrived in London […]

In 2012, the year I arrived in London as ambassador, Julian Assange obtained the diplomatic asylum of Ecuador and settled in the embassy on Hans Crescent Street. That day the embassy was surrounded by cars of the British police and some agents struggled to enter. My first reflection was to send some trays with meat pasties –“empanadas”– and sweet pastries  to alleviate the doings of ambassador Ana Alban. During the following days, together we organized a meeting of Latin American ambassadors, to follow from the legation of Ecuador the session of the OAS [the Organization of American States] where the asylum of Assange was discussed. We sat, for the first time, around that dark table, in an austere room. Suddenly, and discreetly, as we all were waiting, Julian Assange burst in. He was already a legend. I expressed to him how much, we the Latin Americans, had to thank for his revelations about the diplomatic cables that showed the deep and perverse degree of interference by the United States government in our affairs. I myself had as proof the cable that the ambassador of the United States in Argentina, Lino Gutierrez, wrote about my appointment as ambassador in Venezuela, where specific details of my actions are described, which I did not even remember.

That day began a long series of encounters that I had with Julian throughout the four years of my mission in London and in subsequent years, when I visited him several times. Our first conversation revolved around the accusations in Sweden about sexual abuse; We spoke frankly, and I concluded that it was a fabrication of two unscrupulous women with whom he had casual relationships, who had been manipulated to accuse him of criminal doings. Sweden demanded his extradition to respond to these allegations –they never pressed charges against  him– while his lawyers tirelessly requested that he could testify in London, since Sweden would extradite him to the United States for revealing state secrets.

At that time, the embassy was crowded with interesting people who visited him; philosophers, politicians, musicians, designers. And I could regret that I had missed the visit of Zizek, Yoko Ono or Yannis Varoufakis, but in a next meeting I was meeting the designer Vivienne Westwood, the human rights lawyer Helena Kennedy, the filmmaker Ken Loach, Bianca Jagger, and mythical investigative journalists –such as the American Gavin MacFadyen, creator of the Centre for Investigative Journalism (CIJ) and the Australian John Pilger. Many of them are my friends until today. We tried to alleviate [Julian Assange’s] confinement with any excuse: we celebrated his birthday parties, his 100 days of asylum –for which I brought a cake with the number 100­–, my daughter and I went with enthusiasm to assemble Julian’s Christmas tree, and I also accompanied him at some New Year Eve festivities.   end of the year accompanying him. Ecuador came to be at the centre of London’s political and cultural life, and former President Rafael Correa was recognized by the progressive sectors as a definite defender of human rights.

In each of my long conversations with Julian I learned something, that he is a man obsessed with a clear and uncommon mission: to democratize the truth. Unlike other platforms, Wikileaks does not reveal information related to a certain political affiliation, but publishes the information it receives, once it is accurately deciphered and checked, and without revealing the source. It has published more than 10 million classified documents revealing the secrets that once belonged to a small elite linked to the military industrial complex

As time went by, the treats at the embassy were decreasing; the next ambassador prescribed stricter visiting conditions; there was hardly any food one night when former Foreign Minister Ricardo Patiño visited him –when he caught me by surprise that he tirelessly sings a whole Latin American repertoire, being totally abstemious, and [also] the grace of Judge Baltasar Garzon (one of the Assange team’s lawyers) in dancing flamenco . We tried unsuccessfully that Julian would sing a syllable or dance, but we never succeeded. He relaxed thou and accompanied us with that radiant smile of his, which is lost today. One day I realized that Julian had not touched an animal for years, and I began to visit him with my dog ​​Mandiyu, whom he sat on his lap and became fond of, as he did of “empanadas” [meat pasties] and our Malbec wine, which I brought him occasionally.

Then we succeeded that he would be allowed to have a kitten, whose company he greatly enjoyed, and whose presence at the embassy has generated one of the most odd and obtuse amongst the complaints raised by the current president of Ecuador. Lenin Moreno took away [Julian Assange’s] diplomatic asylum in violation of international law and the resolution of UN Committee on Arbitrary Detention which established in 2015 that Assange’s detention is arbitrary and illegal and that he should be released.

The last times I saw him, his situation was worrisome. He was being spied on, 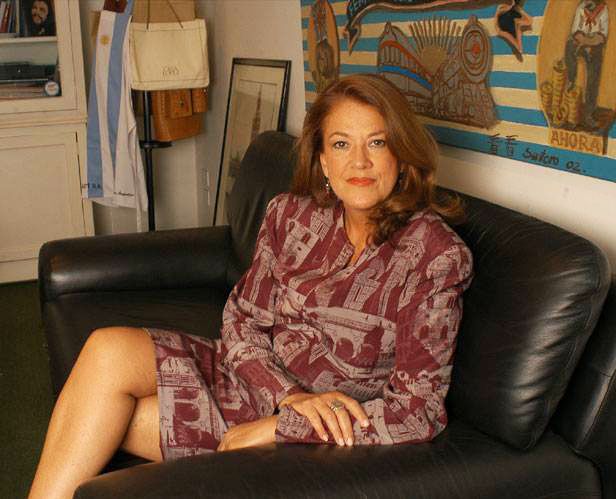 and had a ribbon hanging from his neck with a series of pen drives. We talked in the dining room, around that table where we met for the first time, raising the volume of the radio and writing part of what we wanted to say, exchanging two notebooks and covering our heads to avoid cameras and microphones. He would never give up.

Julian was violently dragged out of the embassy of Ecuador and taken captive by the police of the decadent Teresa May, while he was shouting that the United Kingdom must resist the pressure of Trump. That image destroys me and I cannot see it without crying, nor can I stop thinking of my friend now unjustly confined in prison.

Lenin Moreno has agreed with Donald Trump the rendition [of Assange] to the United States, and Assange will have to face an extradition trial, accused of “conspiracy” for alleged cooperation with the former intelligence analyst Chelsea Manning to decipher the password of a US Defence Ministry computer belonging to the Secret Internet Protocol Network (SIPRNet). Trump and May defend and implement the espionage on the private life of the citizens and the opacity of the States.

Today, that all of us are victims of the gross manipulation of information, subject to media operations designed to demonize and wage causes against political and social leaders, in the middle of a war of “fake news” that distorts reality, it is shocking and paradoxical that a journalist is imprisoned for acting as a soldier of the truth.

This universal right has its best defender in Julian Assange, a hero of a new type, for whose freedom we will tirelessly claim, together with the men and women of the world who believe that the truth will set us free.

* Former ambassador in Venezuela and the United Kingdom