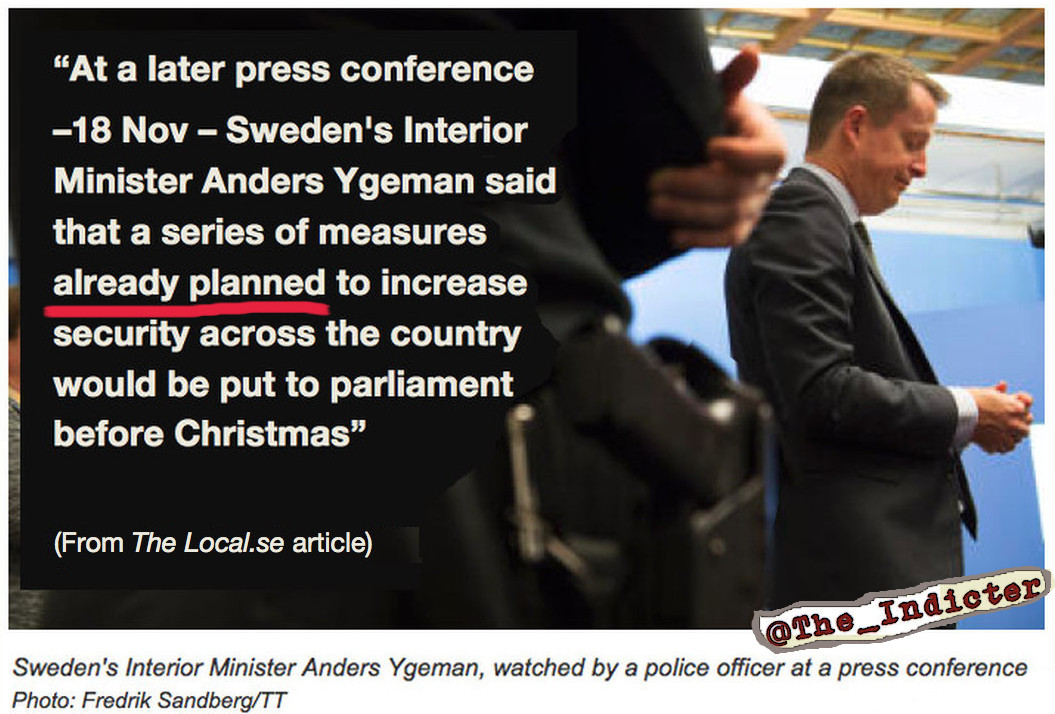 By Sven Ruin, Leif Elinder, and Anders Romelsjö. Members of European Human Rights Front In this article, we look at some of the war-torn countries that many people are fleeing from today: Afghanistan, Iraq, Libya, Syria and Ukraine. In all these countries, the West has been involved in one way or the other in attempts […]

In this article, we look at some of the war-torn countries that many people are fleeing from today: Afghanistan, Iraq, Libya, Syria and Ukraine. In all these countries, the West has been involved in one way or the other in attempts to carry out violent regime changes. Many years after some of these regime changes have been accomplished, many people are still pondering on whether they have reasons to flee their home country. The West seems to have failed in just about every way one can imagine.

Most remarkable is perhaps how the Scandinavian countries have failed to stand up for the principles they have earlier been known for, including peace building, respect for international law and human rights. This seems to be closely linked to their involvement with USA/NATO. At the same time we have seen that money is taken from Sweden’s humanitarian aid in foreign countries, to instead cover the Swedish cost for immigration of refugees, while Sweden’s military expenses are increased.

The organization Swedish Doctors for Human Rights [1] has warned about this issue, arguing that “instead the enhancing of the geopolitical neutrality of Sweden would benefit the international panorama of human rights through an active role of Sweden in the area, and by searching peace solutions as in the time of the late PM Olof Palme”.

When available information is compiled on the involvement of Denmark, Norway and Sweden, a pattern appears that many politicians and military representatives in the Scandinavian countries seem willing to do almost anything to cooperate with USA/NATO. It does not seem to matter that this cooperation involves violations of the UN Charter, crime and human rights abuses. [2] The Scandinavian countries appear to even have established impunity in practice for their abuses.

Critical questions about the Swedish mission in Afghanistan and the increasing flow of refugees from there have recently been noted, for example by Accoun [3] and other authors. [4] Also, the association Afghanistansolidaritet (Afghanistan Solidarity) is now demanding that the Swedish participation in war crimes must be investigated [5]. Even earlier it has emerged that Sweden may be involved in extrajudicial executions in Afghanistan [6], but it does not seem to have resulted in appropriate actions. Instead, we unfortunately observe continued Swedish involvement.

The film Armadillo shocked Denmark by telling what Danish soldiers have done in Afghanistan, although a part of this disclosure had been removed before the premiere [7]. Norway’s involvement in the war in Afghanistan has also led to Norwegian soldiers being suspected for war crimes [8].

The Swedish conservative politician Carl Bildt played a key role to promote the war, through the Committee for the Liberation of Iraq [9]. Despite this, he later became Sweden’s foreign minister.

Sweden officially condemned the attack on Iraq in 2003, but behind the back the Swedish military helped the USA with information to bomb Baghdad [10] and Swedish weapons were sneaked to Iraq [11].

Other allegations related to the conflicts we bring up here, refers that mercenaries have carried out terrible crimes. In Iraq, it has even  emerged that mercenaries are using Swedish weapons [12].

In Denmark, citizens have seen that it is seemingly impossible to hold leaders accountable for involvement in the war [13].

Also Norway and Sweden has recently sent soldiers to Iraq. At least in Sweden’s case, the legal basis for this has been questioned [14].

There should be no doubt that the aim of the Scandinavian countries’ involvement in the war was regime change (which was not part of the UN mandate regarding a no-fly zone). It follows in particular from the Swedish soldiers engaged in psychological warfare in Libya [15].

One can ask about the Scandinavian mass media’s news reporting was also marked by psychological warfare, because we were given an incorrect picture of what happened.

That the rebellion was largely a creation from countries outside Libya was not known to many ordinary people until long afterwards. After Ola Tunander’s book about the war [16] was published in 2012, is was dismissed or ignored by the mainstream media, which had earlier fooled the Scandinavians to participate in the war.

Experience shows the difficulty of prosecuting Swedish military and politicians for what happened [17]. An apology to the Libyan people is the least we can ask, as requested in a petition [18].

Both Denmark and Norway bombed Libya. According to Paul Steigan, the Norwegian government should have been impeached [19].

There are many sources indicating that several countries have a responsibility for the development of violence in Syria, including USA, Saudi Arabia, Qatar, Jordan, Turkey, Israel, France and England. Also Sweden has been involved in supporting violent rebels [20], in fact, Sweden has given full support to rebels already in 2012, although this is not known by many.

That a coup with foreign involvement took place, does not seem to be admitted by many Scandinavian politicians, the mainstream media or the military establishment. They instead provide a full moral support for the coup and blame Russia alone for the crisis. The USA and their allies, including the Scandinavian countries, have shown that they are willing to devastate Ukraine in the process [21]. Sweden has given political and substantial economic support to the new regime in Ukraine, plus provided training to their military after the coup.

After the tragic events on the 11 September 2001, a major mistake was the overreaction caused by the attacks in New York. The tragedy was exploited as a reason to go to wars, which in turn caused further tragedy. It got the world stuck in an assault on civil liberties and human rights, which is continuing today. This is not only a root cause of the refugee crisis. It has also resulted in the fostering of terrorism on a global scale. Many people now fear that, in reacting to the terrorist attacks in Paris, governments would indulge in similar mistakes. [22] [23] If this happens, the Scandinavian countries are certainly also likely to join a new “war on terror”, causing the cycle of violence to continue and bringing about even more refugees.

So far, the Swedish Minister of Interior Anders Ygeman announced just days after the Paris attacks that Sweden will pursue a tightening of the legislation for combating terror. As it is discussed by Ferrada de Noli elsewhere in this issue of The Indicter, these kind of measures now taken or to adopted by several EU countries represent new invasions to citizens’ privacy, putting all’s civil liberties in jeopardy.

Sven Ruin is a Swedish engineer and entrepreneur, who frequently speaks out about human rights in the Swedish debate. He

is the initiator of Accoun, an organisation focusing on legal equality and accountability as key issues to achieve respect for human rights. See accoun.org

Dr Leif Elinder is member of Swedish Doctors for Human Rights and a renowned Swedish debate-author, with

publications among other in main newspapers DN and Göteborgsposten.

political blog Jinge.se. He is co-author of the book (Swedish) “USA as World’s Police”.