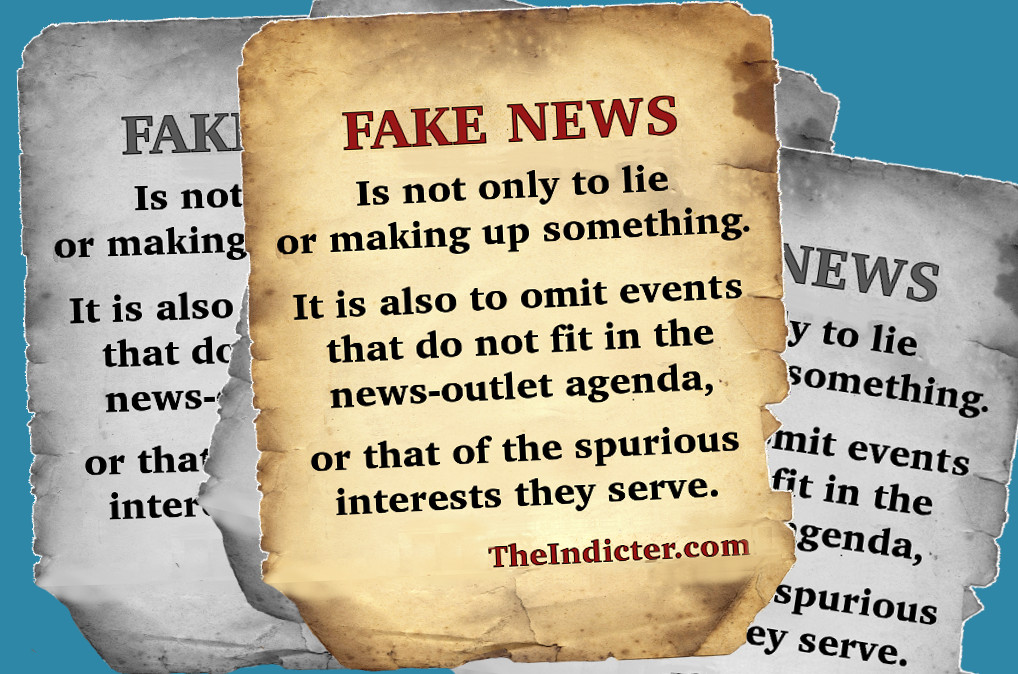 By Ove Johansson, MD, chief physician, member of SWEDHR Board of Directors, and Marcello Ferrada de Noli, Med dr, professor emeritus, chairman Swedish Doctors for Human Rights “Is it not true that the White Helmets group is primarily funded by the U.S. and Britain? Is it not true that there are videos in which White […]

Ove Johansson, MD, chief physician, member of SWEDHR Board of Directors, and

“Is it not true that the White Helmets group is primarily funded by the U.S. and Britain? Is it not true that there are videos in which White Helmets are seen carrying weapons and celebrated jihadists? … Whatever, if an organization of civilians is first in place digging with only their hands children out of the ruins of bombed houses, I will not complain about how it is funded and whose ‘agenda’ it might be pushing. “-Editorial in DN 25 Nov 216. [1]

Are Swedish mainstream newspapers for the free word, really? Not all. Already in April 2017, DN “protested” that the SWEDHR chairman has been “repeatedly interviewed in Russian media” – which was quickly republished in other mainstream papers of the two media monopoly existing in Sweden.  [2] SWEDHR responded in Läkartidningen (journal of the Swedish Medical Association): [3]

“We regard this objection as infringing the freedom of expression principle”

In another recently published article, by journalist Erik Ohlsson, [4] DN referred an “interview” with the Swedish weapons inspector Åke Sellström. In the context of defending a report on an alleged chemical attack “by Assad” in Khan Shaykhun, issued by a three-men panel (document known as “Seventh report of the Organization for the Prohibition of Chemical Weapons­­­ – United Nations Joint Investigative Mechanism”), [4] DN explains that previously “Åke Sellström was with the UN team in the 1990s, investigating Saddam Hussein’s weapons of mass destruction”.

Remarkably, DN does not care to mention that such an allegation of “Saddam Hussein’s weapons of mass destruction” was proven to be a plain lie, a false flag to motivate the U.S. invasion of Iraq. (As non-conclusively proven allegations on the use of chemical weapons might be another false flag used as casus belli for the implementation of a No-Fly Zone in Syria) [See down below].

Neither mentions DN that Åke Sellström opposed the official narrative at that time exercised by West governments and corresponding stream media, including DN. Sellström explained on and on that his investigations have not found any evidence that weapons of mass destruction would have existed at the time in Saddam Hussein’s Iraq.

The right to question, to seek the truth and not being stigmatized with accusations of having taken side in a dispute, all that is intrinsic to democracy. But, does DN apply that principle with regard to Swedish Doctors for Human Rights?

While on the one hand DN fustigated SWEDHR in April 2017 for having investigation-conclusions about the “White Helmets” –which DN suggested it would go in line with stances of the Russian or Syrian governments– [2] on the other hand the same newspaper never suggested that Åke Sellström’s conclusions in his investigation on “Iraq weapons of mass destruction” would be congruent with what was said at the time by the Russian representatives or by Sadam Husseim himself.

We have just applied the same independent scientific criteria in analyzing those White Helmets materials. Precisely as we have now carefully examined the report of the UN-investigative commission on the alleged chemical attack in Syria. We have raised similar doubts on whether there is demonstrable, verifiable evidence to unequivocally conclude that Al-Assad is the responsible for the alleged chemical attacks in Khan Shaykhun, Syria. [5]

And, also most remarkably, DN, as well as in these days Swedish newspaper Expressen, [6] do not care to analyse the facts we put forward to base our conclusions, which then remain uncontested. Who cares about what is really true on the allegations of chemical attacks in Syria; who care about examining the “evidence”, or the political agenda behind those “testimonies” and allegations?

The self-confession in the DN editorial by the self confessed rightist-liberal journalist Erik Helmerson is appalling: [1]

“…I will not complain about how (the organization White Helmets) is funded and whose ‘agenda’ it might be pushing. “

Indeed, there is an agenda, and it consists of pushing for the establishment of the Non-Fly Zone – which “according to the rebels” would be the only effective military activity able to avoid their total defeat. The warmongering hawks needs an excuse, and that will be provided by the purported “Assad’s chemical weapons of destruction” – as it was with the “weapons of mass destruction of Sadam Hussein”.

“… The criticisms are orchestrated by a controversial stream of critical writings from pro-Russian and pro-Syrian Net-activists and self appointed experts”.

So, does DN respect the right to critical writing when controverting the US geopolitical positions echoed by DN?

Why would DN need to hide the true expertise of the authors in the analysis of the facts, or in reviewing the report made by a three-men panel on account of the UN?

The critics are not “self appointed experts”. The four independent researchers named by the Ministry of Foreign Affairs of the Russian Federation in its press briefing of 7 July 2017 are professors and experts such as Professor Emeritus in weapon technology Theodore Postol (photo at right), of the Massachusetts Institute of Technology; Scott Ritter (photo at left), ex UN weapons inspector in Iraq; the eminent journalist Seymour M. Hersh, a Pulitzer Prize winner; and Professor Emeritus Marcello Ferrada de Noli, with research focus in injury epidemiology. [7]

In its official presentation, Sweden’s leading newspaper Dagens Nyheter (DN) announces it has an “independent liberal“ stance. However, DN anti-Russian editorial endeavour –not only on geopolitical issues– appear far closer to the extreme warmongering of right-wingers chauvinists, than to the “liberal” positions DN claim to profess.

For instance, DN is known for echoing stances held by ‘hawks’ among the US political and military establishment, which advocate for and intensification of the military conflict in Syria through the establishment of a No-Fly Zone. [8] It is about a bold and quite risky belligerent stance. I.e. General Joseph Dunford, chairman of the U.S. Military’s Joint Chiefs of Staff, has warned about an establishment of a a No-Fly Zone in Syria in the following terms: [9]

“For us, to control all of the airspace in Syria will require us to go to war against Syria and Russia”.

Above: General Joseph Dunford while expressing the above-cited statement. Click in image for The Indicter video.

The “No-Fly Zone for Syria” has been presented in Western media as a pledge done by the “Syrian people”. In fact, it is a part of the Hillary Clinton doctrine of regimen changes in the Middle East –doctrine which has in regards to important issues been inherited by the present US administration.

“Regime change” in Syria aims to obtain the construction in Syria territory of a projected ‘pan-Arabic’ oil pipe line, which Assad has opposed. The same governments and corporate interests behind that project are those who established, financed and armed the jihadist rebels combating the Syrian government, known as the “moderate rebels”. Among these formations emerged the White Helmets. Now, what is the political role of this organization?

As shown during the last years, the political role of the White Helmets have consisted precisely in calling for the “No-Fly Zone for Syria” on standard basis –the same day or the day after the organization has claimed, via Western media or “Human Rights Watch”, that a “chemical attack” has been perpetrated by the Syrian government.

A team from Swedish Doctors for Human Rights was able to demonstrate the stage character of one of those “chemical attack” allegations. That was the case of the White Helmets ‘denouncing’ –with the participation of Human Rights Watch– of a purported chemical attack in Sarmine, Idlib province, in March 2015. [10] [11]

When SWEDHR exposed the fabricated bases for such a serious allegation, and ensuing, our findings hit the world news, Dagens Nyheter run an article by the same journalist Erik Ohlsson, in which he meant to attribute to us the responsibility for publicist wrongdoings by other media (e.g. Veterans Today). [12] In concrete, he meant that the investigations done by SWEDHR on White Helmets videos have originated, or further spin, the claim that White Helmets have “killed children” – while failing to mention that SWEDHR had clearly taken distance from such speculations. Long before the DN article by Erik Ohlsson, SWEDHR had published a disclaimer –which reached wide spread in international media– explaining that SWEDHR has never accused the White Helmets of an intentional killing of those children shown in the footage we analyzed. [13] The reason being, that our organization applies in those kind of analyses, the same standards we otherwise use in scientific research: conclusions are to be derived from demonstrated and verifiable evidence.

SWEDHR asked then DN to publish a rebuttal we authored aimed to correct that and others misleading or direct misrepresentation of our positions. But DN flatly refused. [14]

Nowadays has Dagens Nyheter (DN) announced a 2018 New Year promise of welcoming in the future rebuttal and criticism. To keep that promise for real, and not only as a New Years joke, it would honour Sweden’s democracy and Swedish journalism.

The DN report was excerpted and republished the day after in Expressen, Aftonbladet, VK, Metro, Göteborgs Posten, etc. (Newspaper Aftonbladet is owned by another media monopoly – there are mainly two of those in Sweden, and their newspapers receive financial sponsoring by the Swedish government).

[9] ”Why Clinton’s plans for no-fly zones in Syria could provoke US-Russia conflict”. The Guardian, 25 October 2016. https://www.theguardian.com/world/2016/oct/25/hillary-clinton-syria-no-fly-zones-russia-us-war

Dr Ove Johansson is chief doctor and founder member of Swedish Doctors for Human Rights, where he has been elected member of the Board of Directors since 2015. He has previously co-authored articles and SWEDHR statements.

Publishing info on Prof Marcello Ferrada de Noli, SWEDHR chair, can be found at (Editor in Chief) The Indicter Magazine Editorial Board.