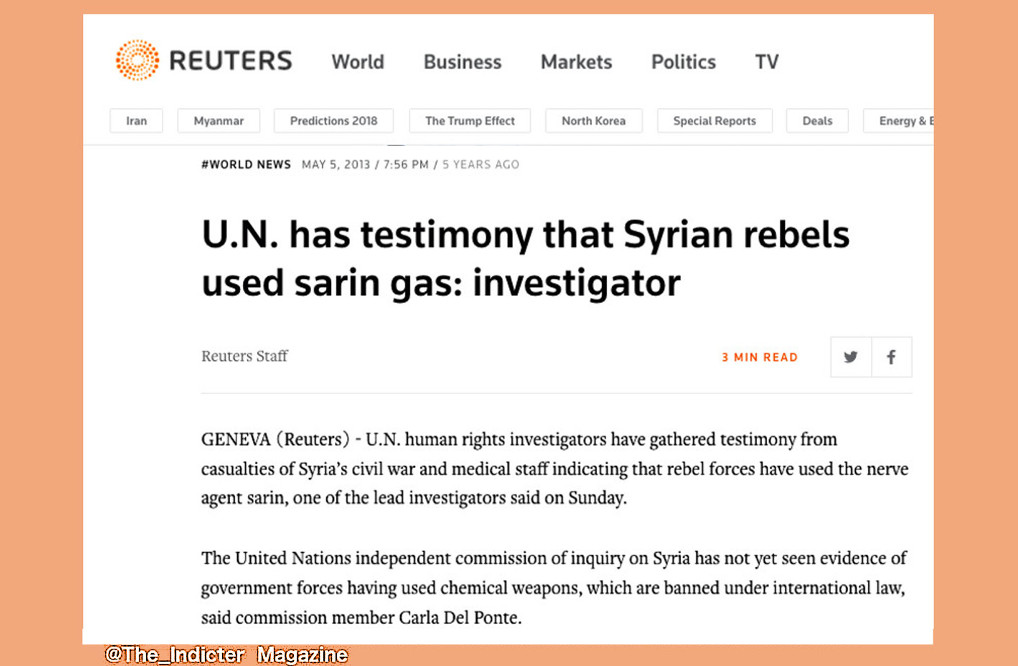 SWEDHR chair answers to Expressen’s editorial by Patrik Oksanen: [A Swedish version (original) of the text below is found in SWEDHR Research & Reports] An editorial in Swedish newspaper Expressen December 31, 2017, authored by Patrik Oksanen, contains inaccurate information regarding Swedish Doctors for Human Rights (SWEDHR), and about me personally. 1. SWEDHR has […]

An editorial in Swedish newspaper Expressen December 31, 2017, authored by Patrik Oksanen, contains inaccurate information regarding Swedish Doctors for Human Rights (SWEDHR), and about me personally.

1. SWEDHR has never claimed, as stated in the Expressen‘s editorial, that the “sarin attack of April” in Syria was undoubtedly “the work of the opposition”. However, as stated in an official document at the UN Security Council, December 2017, which I am author to, partly there are serious methodological reasons to question the UN Commission of Inquiry into the above-mentioned incident, and which pointed out Syria as responsible. Partly, the New York Times and Reuters have reported on the “rebels” access to chemical weapons including sarin, as well as its manufacturing. [1]

2. SWEDHR does not intend to “attack” the White Helmets, as it says in the (Expressen’s) editorial. We have analyzed “lifesaving” videos shown by this organization, among other at the UN Security Council, and found that there are procedures that seriously infringe standard medical practices as well as ethics. [2] In my speech at the Geneva Press Club, Nov 28, 2017, it is clarified that our task is neither to demonize the White Helmets’ work nor to criticize any humanitarian rescue activity per se, but we aim at a scientific-methodological assessment of the quality of their biased testimony. [3]

3. SWEDHR chairman’s “background in Chile” was not as a “Marxist-Leninist,” as it stands in the editorial, but – as noted in the historical narratives about the foundation of the Movement of Izquierda Revolucionaria (MIR) – [4] I participated there as “social-libertarian”. Before that, I have been a member of the Socialist Youth. The only political party I have ever been involved in Sweden was the Liberal Party, sometime in the 80’s.

[3] “Should UN consider White Helmets a politically neutral organization, and its allegations as credible sources by UN investigative panels on Syria?”

Professor Marcello Ferrada de Noli, has pointed out in Russian television that the rebels are responsible for the use of nuclear weapons, a message he repeated in a DN interview from April 2017. The organization’s online publication has also claimed that evidence of chemical attacks has previously been falsified by the rescue organization White Helmets. The medical association (SWEDHR) has not shown any interest in reviewing the Assad regime’s human rights violations, but instead has been a supportive part of the Russian-Syrian propaganda against the White Helmets. The word “attacking” is therefore not without reason, no matter how innocent (SWEDHR) tryes to make it.

Patrik Oksanen originally wrote in the editorial piece: “(SWEDHR) claimed that the April sarin attack, which killed 87 people, was not the work of the regime but of the opposition.” But what Oksan wrote is just not true. We have never claimed that the “sarin attack in April” –in Khan Shaykhun, Syria– was the opposition’s work. Now, in his comment (here above), Oksanen refers to a DN interview from 2017, makes his case even worse:

Firstly, what DN (21/04 2017) states is that “In the television broadcast, (Ferrada de Noli) says it is BELIEVABLE that rebels are behind chemical gas attacks in Syria.” Secondly, my comment on the availability of chemical weapons among jihadists who combat against Syria’s government did not refer to the incident in Khan Shaykhun in particular, but they have had that posibility during the course of the entire war. For the first report that identified the rebel’s use of chemical weapons including sarin, already came in 2013 – not least by the head of the UN Independent Investigation Commission on Syria, Switzerland’s former Attorney General Carla del Ponte (reported by Reuters 5/5 2013). [1] More about the use of chemical weapons by opposition jihadists: The New York Times (21/11 2016) stated that, for example, IS had used chemical weapons at least 52 times in Syria and Iraq. [2]

Lastly, those who participated – regardless of their personal ideology – in the united opposition to combat the US-supported military under the Pinochet junta, can hardly be called “naive”.

Above: Cover image in the online version of Expressen’s editorial 31 Dec 2017