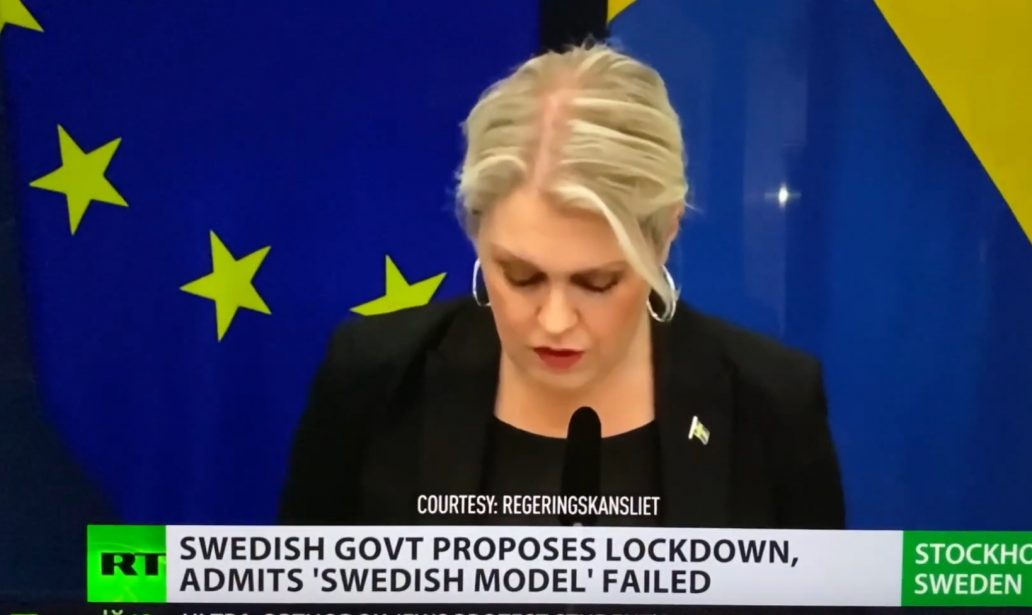 The following text it is based in a transcript of the interview by RT News (live, aired 28 December 2020) with Prof Marcello Ferrada de Noli. Further context details have been added.

RT: How are people in Sweden reacting to these strict new measures – after the government admitted failings… and now this. What’s the general mood over it all?

Prof de Noli: General mood is directly correlated with the information the authorities and media provide to the people (Swedish media, to a great extent, convey the same official message).

That information has aimed to form a mentality adapted to the strategy they have chosen for the pandemic. That means, herd immunity, to let the virus pass more or less free until a sufficient percentage of infections has been achieved in the population. Huge cost in lives, particularly among the elderly, has not been a deterrent to the authorities. No wonder it’s a strategy generally characterized by the WHO as “immoral”.

Besides, in Sweden the Corona virus has had more devastating effects among the Swedish poor, and among the immigrant population with less favourable socio-economic status.

So, if you are after herd immunity, of course the measures issued will not be that restrictive. Paradoxically, they are rather permissive. And that may explain why, after the disastrous results of health authorities’ Covid-19 policies, still in Sweden only the 25 percent of the public in a recent poll in Dagens Nyheter said they believe that strategy is wrong. 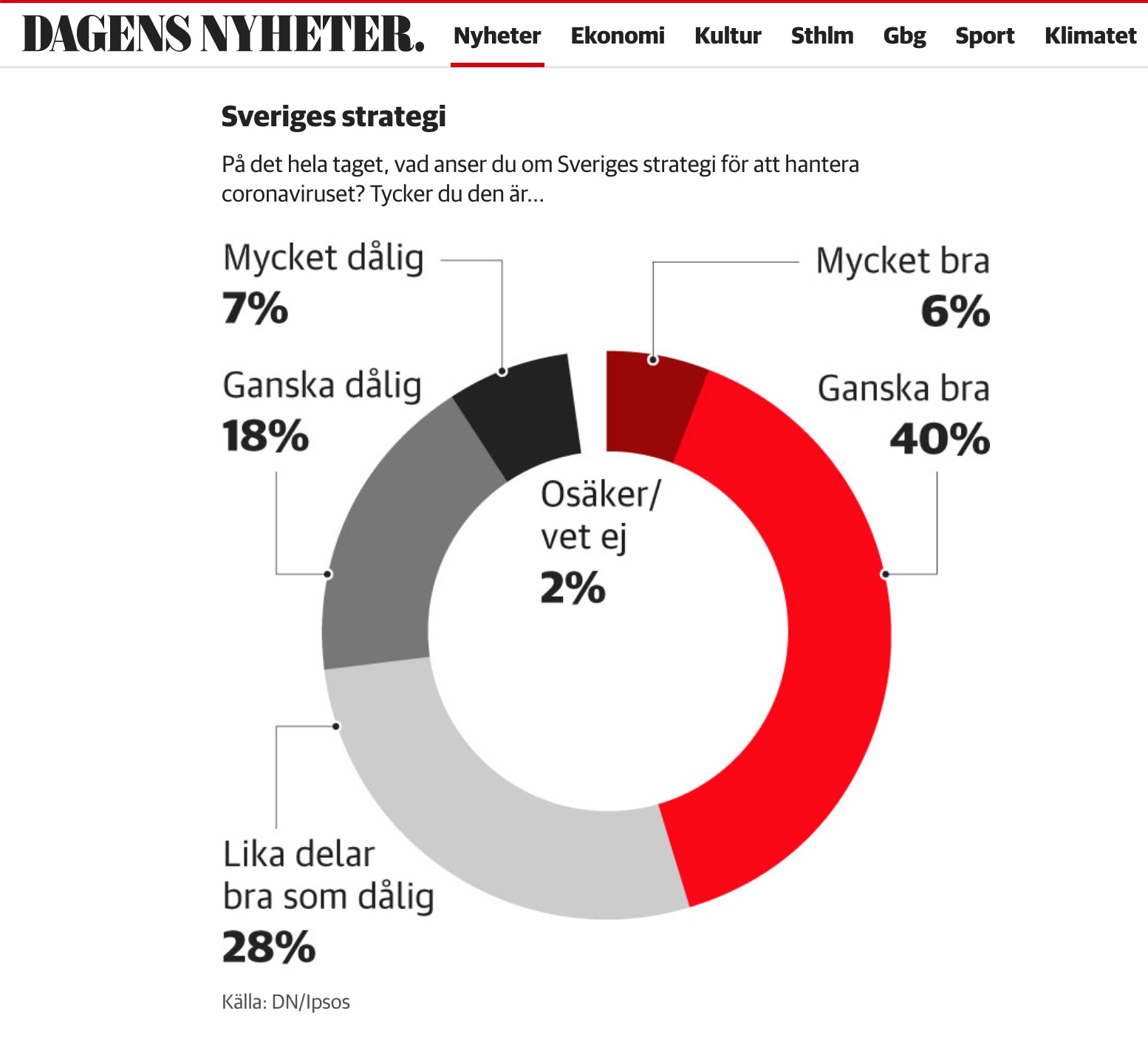 Nevertheless, Sweden recently had in a week as much deaths as neighbour Norway has had during the pandemic. In addition, the new so called mutated virus has arrived to Sweden, etc. The government wishes now to show control and announce “restrictive” measures, a new law, fines, an so one and so forth.

And that will not be enough to turn in 180 degrees the attitude of the public. This is a public which has been educated all along during the pandemic, to maintain a permissive social and social-leisure behaviour. This has partly aimed to serve sectors of the economy, but ultimately to the spread of the virus according to the herd immunity plan.

Besides the new “restrictive recommendations”, as those announced by the ministers in the clip showed here, are deemed to lack credibility amidst the public. And this due to the lack of ethical consistence from the part of the government itself, and that of the Public Health authorities. 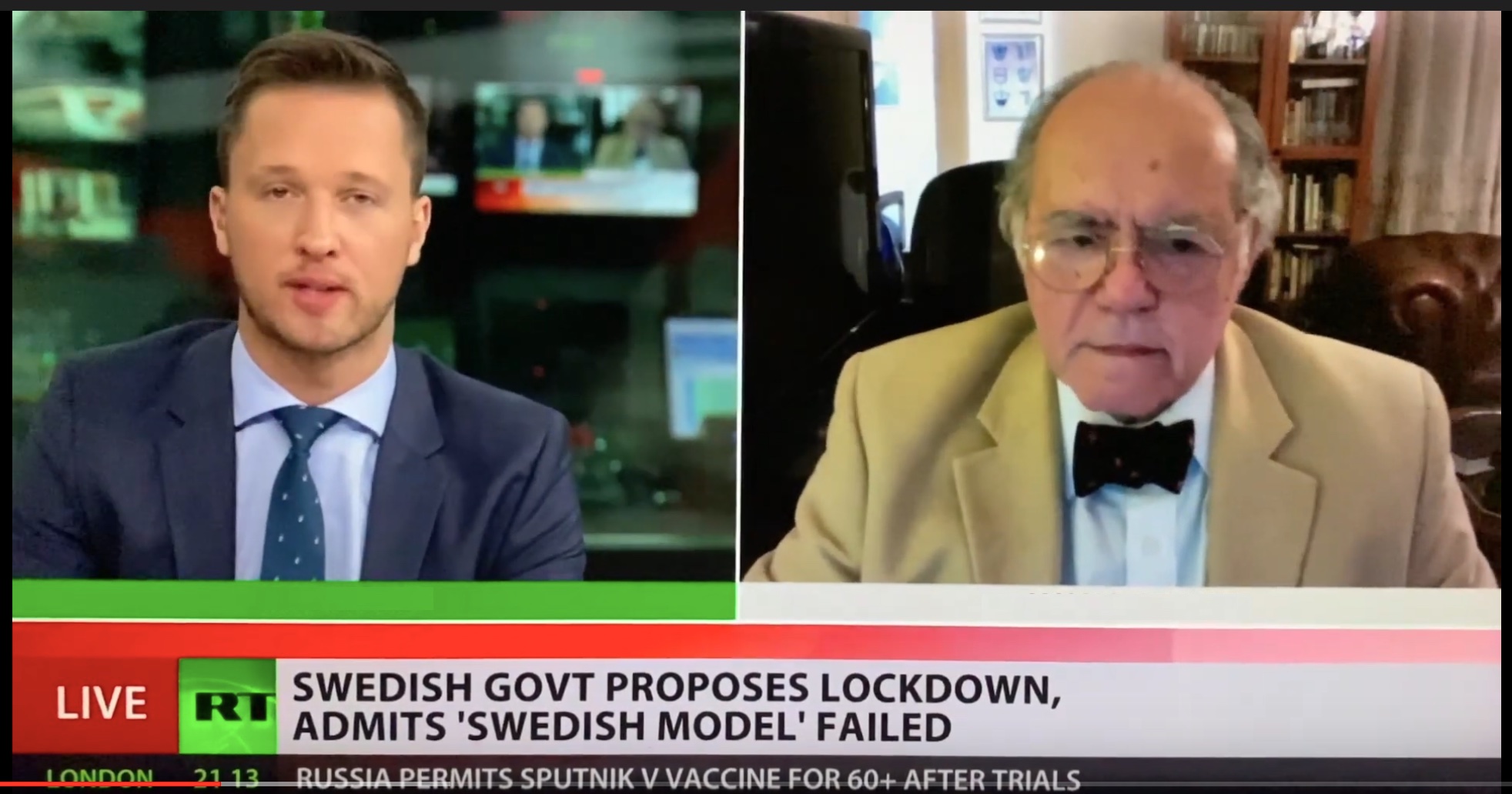 Around Christmas the government issued the recommendation of not to indulge in shopping particularly in those crowed establishments that offer sales between Christmas and New Year eve, that to avoid proximity amid cues, etc.  And there you have that the Justice Minister, Morgan Johansson, was caught in the middle of those crowed places shopping privately a number of items in those sales. He had his secret police body guards with him. And since then it is now news all over Sweden.

So, people’s reasoning is, if the government’s own justice minister contravenes the recommendations of the Swedish government, why would WE follow them? 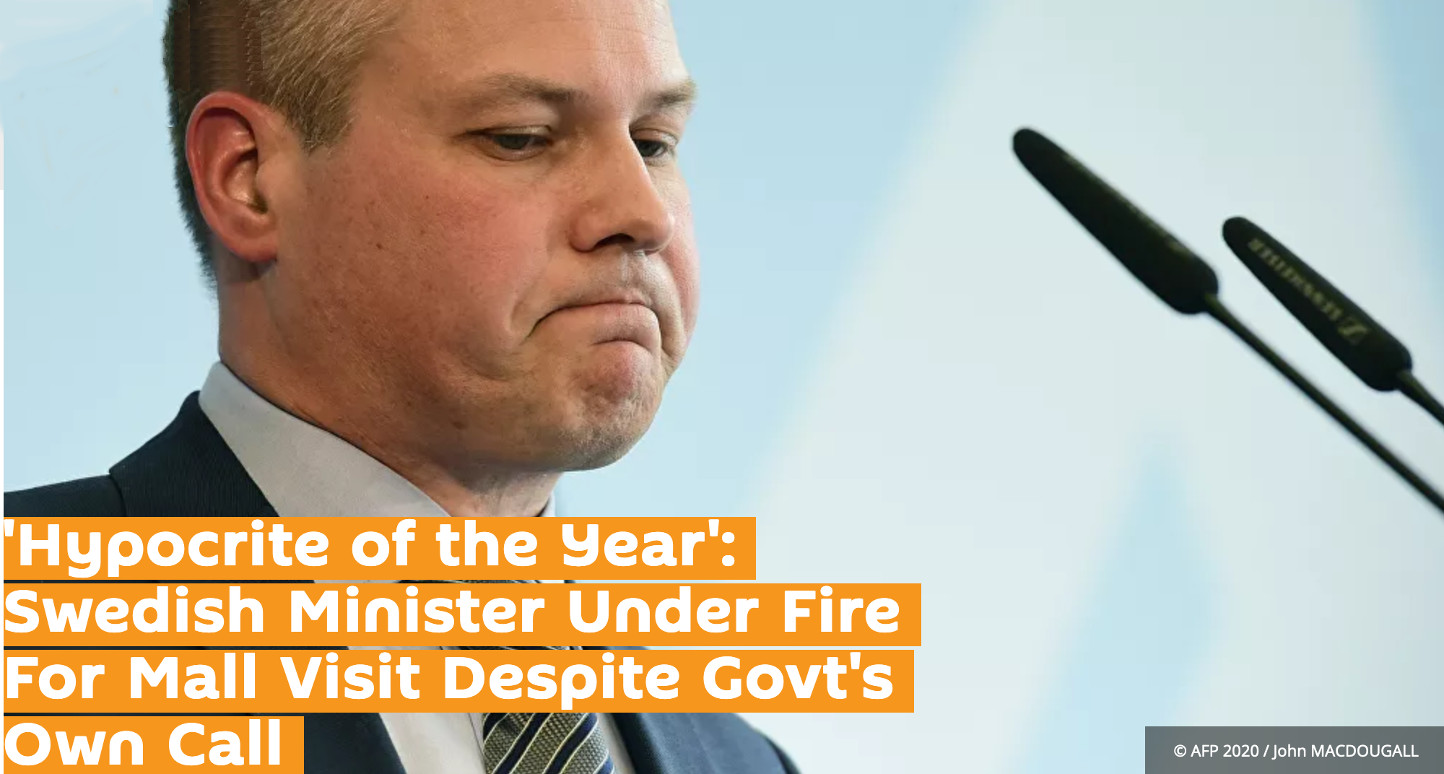 Another example: Now that the so called mutated virus is said to be arrived from the UK, the government issued a blockade to all flights from England to Sweden, in a bid to stop the spread of the infection. But in these days arrived British Airways fight with 33 passengers from England. They were allowed to pass through the gates in Stockholm and nobody, no authority, even asked for them to take the CPR test. Why?

The geneal director of Sweden’s Public Health Agency, Johan Carlson, opposes to the testing of people in Swedish airports, including those arriving from “blocked” countries due to their infection rate status. According to newspaper Expressen, Carlson advises to those passengers is, “We are anxious that you instead go home and test yourself at home so that you are in the system you have”. This means that people has to continue their possibly contamination endeavor all the way untill they reach to the regions of origin, spread all over Sweden.

So I would characterize the general mood of the people as rather synonymous with “confusion”.

Do you believe lockdowns and stricter measures are the way to go now until vaccinations roll out?

Yes, I do. Both in terms of morbidity and mortality.  It’s the only way to both try to contain the infection spread, and hence to diminish the   death toll. Herd immunity shall definitely not do the trick.

We’re seeing alarming figures in terms of Covid deaths in Sweden. Will the government be held accountable for that in some way?

In normal cases, in normal democracies, accountability about this sort of endeavours  comprises political effect, moral appraisals from the part of the public, but also criminal consequences. But in Sweden is very different.  Accountability for administrative officials, such as in this case the chief epidemiologists or executives of the Public Health Agency does not exist.

On the other hand, the government established an investigative body called the Corona Commission, and they have in their preliminary statement, made the government responsible for the shortcomings and the unpreparedness regarding the elderly care, where most of the deaths had occurred.

Is it fair to say that businesses took priority over public health when the pandemic started?

Absolutely fair, yes. In Sweden the idea was from the beginning to protect the economy. Business, and pf course bog business, like arms industry etc.

State epidemiologist Anders Tegnell declared in beginning of pandemic, 25 % of labour force would be temporary lost if the schools were closed.

No, sorry to say, new restrictions is not enough. We are not facing a quantitative problem, it is not about more and more measures in the context of the same strategy. The issue is qualitative. What we need is a new strategy, focused not in the economy but the human rights imperative of saving lives. For that we would need not only a new strategy, but a new team of real scientist leading the effort, and perhaps a government with a different mentality.