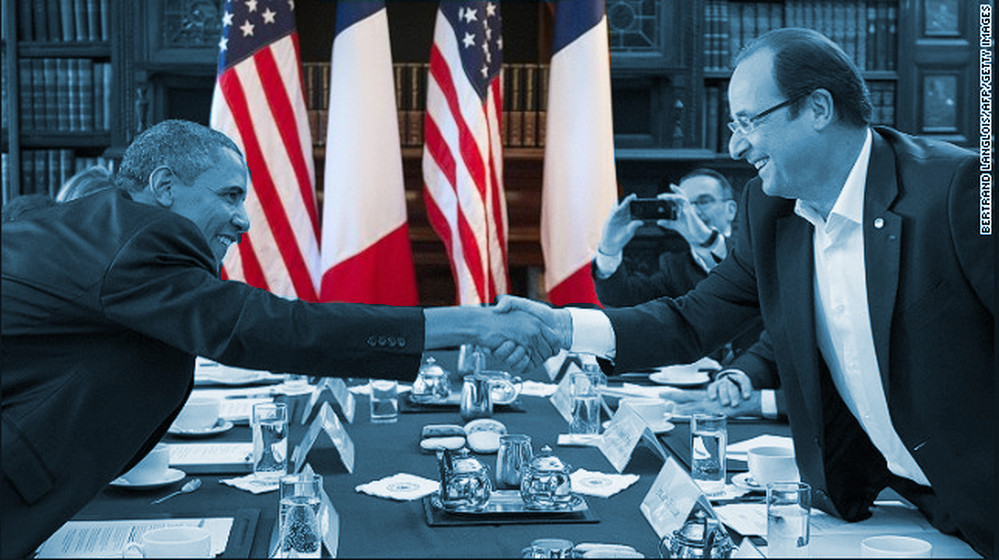 By Old Wolf . Europe is flooded with refugees, primarily as a consequence of the Syrian war. European politicians are fighting over who should take the least responsibility for these war-victims. Very few discuss about the cause why people need to escape and about who is the ultimately responsible one. And about what must be […]

Europe is flooded with refugees, primarily as a consequence of the Syrian war. European politicians are fighting over who should take the least responsibility for these war-victims. Very few discuss about the cause why people need to escape and about who is the ultimately responsible one. And about what must be done to put an end to this misery, meaning, to put an end to the war. But for that to happen, one must realize that emperor USA is actually naked.

For those who want to see the truth, this one is open to anyone who wants to search for it. However, to find it one must go beyond the propaganda told by MSM.

The plans to overthrow unwanted regimes in the Middle East were already designed in conjunction with the preparations for the first Iraq war.

The American general Wesley Clark told in a speech in 2007, that already back in 1993 the Pentagon developed plans to replace regimes in Iraq, Syria and Iran, among others. It would start with Iraq and followed by Syria, Libya, Lebanon, Somalia, Sudan and finally Iran.

This was confirmed by former French Foreign Minister Roland Dumas, who in a television interview, also told the UK began training Syrian rebels at least two years before the actual uprising against Assad in Syria started.

Between 2006 and 2010 US spent $ 12 million (dollars) in trying to obtain a regime change in Syria. This is given in the 7000 documents released by WikiLeaks – which has been confirmed being genuine.

The London-based Movement for Justice and Development received 6.3 million dollars. This organisation operated a satellite channel that broadcasted anti-government propaganda in Syria, and played an important role in the demonstrations against Assad in 2010-2011.

The remaining money was used to recruit and train rebels, activists, and journalists. The aim was that these journalists would write in favour of the insurgents and other critics of the Syrian government.

In 2012, France and the UK put forward an initiative to ease the arms embargo against Syria – in order to provide weapons to the opposition groups.

France was the first to recognize the Syrian opposition as Syria’s legitimate government. Do notice that the Syrian people did not have any opportunity to express their own opinion on this. In December 2012 the US gave its support to the ‘National Front’. Despite well-grounded apprehensions about possible links of those insurgents with Al Qaeda, other 100 countries – including the EU – followed this line.

The French President Hollande acknowledged in 2014 that his country has been training Syrian rebels over an unspecified period of time.

All since the US, NATO and the EU deposed Kaddafi and destroyed Libya they have been exporting weapons to the rebel forces. The investigative journalist and winner of the Pulitzer Price, Seymour Hesh, was able to reveal a secret agreement between Obama and Turkey’s Erdagon about how the CIA and the British M16 would bring weapons from Libya to the rebels in Syria.

Almost certainly most of these weapons ended in the hands of Al Qaeda’s sister organization Al Nusra. Thus, the number of jihadists in the Western-backed Free Syrian Army grew rapidly.

In August 2013 occurred the massacre in Gouta, in which over 1,000 people, including 300 children, died of a sarin-gas attack. The Assad government was immediately blamed for this. Obama said that this was a ‘crossing of the red line’ and US was prepared to deploy troops against Assad.

Seymour Hesh was able to show that this was most likely the work of the rebels with the support of Erdagon in Turkey, to impel Obama taking action. A False flag operation, in other words. And that this was because the rebels were about to lose the war.

Meanwhile, 4 million people have been forced to flee from Syria. The Islamic state (IS) is growing stronger, and the US and its allies seem to wage a pretence war. Religious minorities are persecuted and killed if they failed to escape, just as before in Iraq and Libya.

In April, I wrote that Sweden and NATO is to blame for the refugee crisis. There is no reason to revise th

at statement. The facts reinforce it over and over again.

The information in this article has been essentially sourced in Global Research publications. [2]

Editor’s Note. The nome de guerre ‘Old Wolf’ corresponds to a Swedish journalist and formerly news editor at Swedish MSM outlets, and who runs the site “The wind is whispering my name”. [1] Poetry ends with the title, thou. In September 2011 he wrote that Qaddafi was deposed because his establishment of the Libyan Central Bank, which was seriously upsetting the Western capitalist’s order by giving loans to people and African countries without interests. In Libya, every young couple received an interest-free loan from the state at $ 50,000 when they married, reminded Old Wolf. Not to mention the 144 ton gold in the Central bank valves. Again, in April 2015, he wrote “Sweden and NATO bear the responsibility for the refugees drowning in the sea”.

<––Back to all articles in this issue