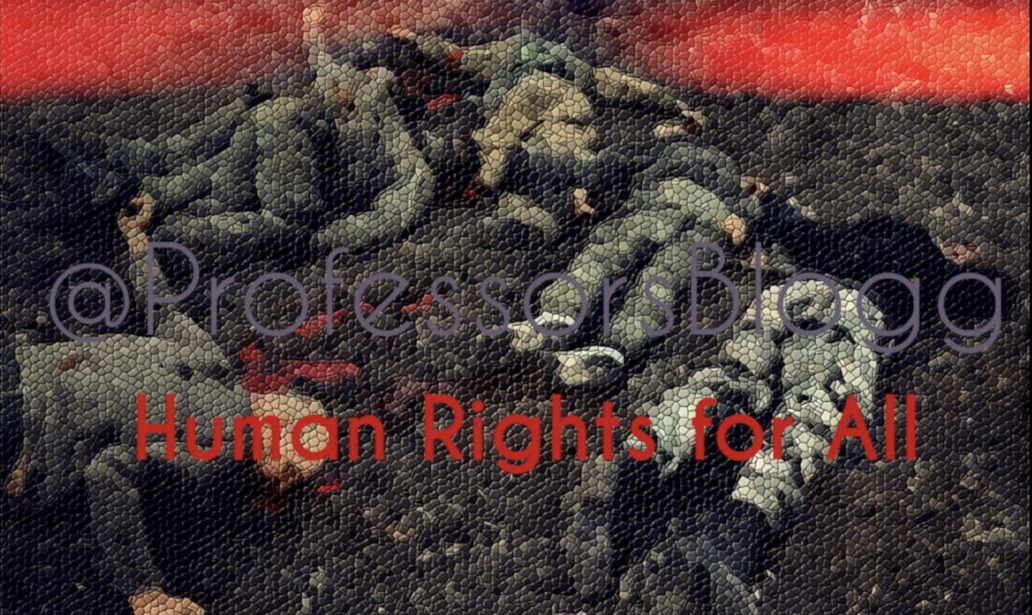 A few days ago I saw some video fragments posted in Telegram, depicting Russian POWs in captivity. A separate brief video showed dead Russian soldiers, some scattered, while others lye in a pile. I decided to investigate the material, to which I did a breaking down of the sequences in the videos, frame-wise. I then published on Twitter the first two findings. However, the last video I posted on Twitter –with a third discovery– was deemed inappropriate. The tweet and video was deleted, and my account was suspended. In sum, instead of modifying the video to please Twitter censorship, I decided to publish all that material in The Geopolitical Indicter. Adding some more.

An updated investigation comprising materials regarding the killings of 30 Russian POW is found here:

This was the sequence. I published the first finding on Twitter here: 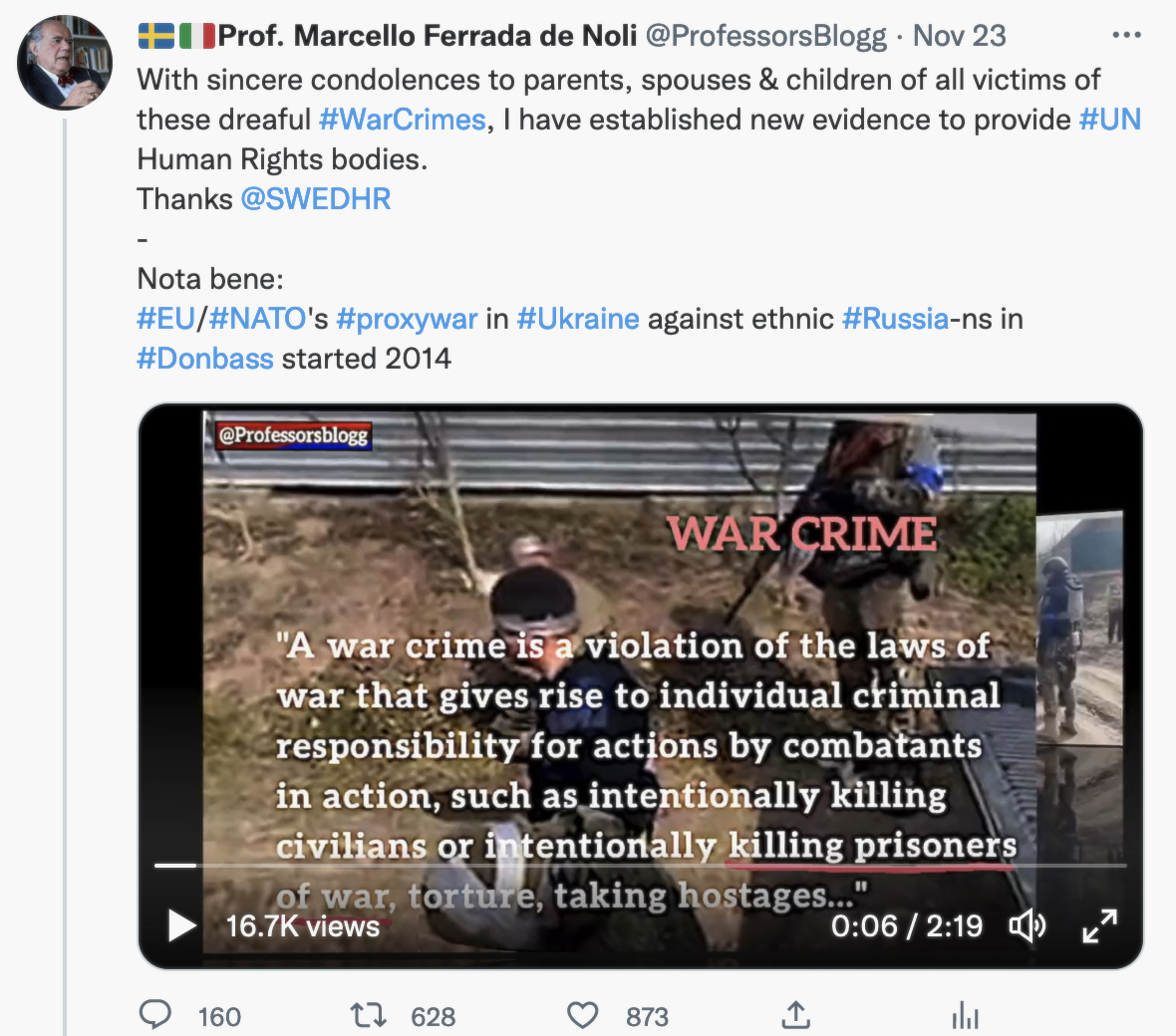 Ensuing, I established the execution of another Russian POW, found in the group of the seven bodies. I posted this second finding here: 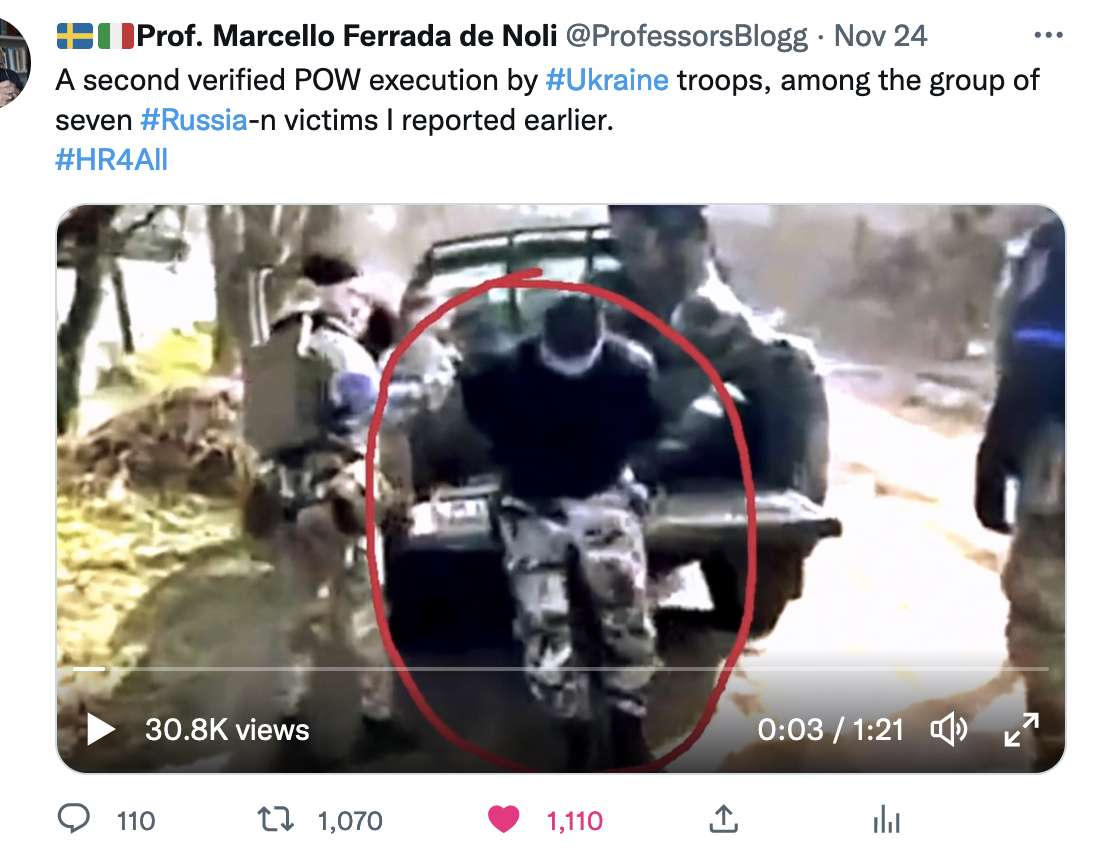 Further, I identified yet another POW execution in that same material. I posted the finding on Twitter, but that tweet/video was after a while deleted by Twitter.

Or it was because I finished that tweet with this sentence:

With a heartfelt question to Ms @vonderleyen & her #NATO-puppets at @EUparliament:

Who is the actual “state sponsor of terrorism”? 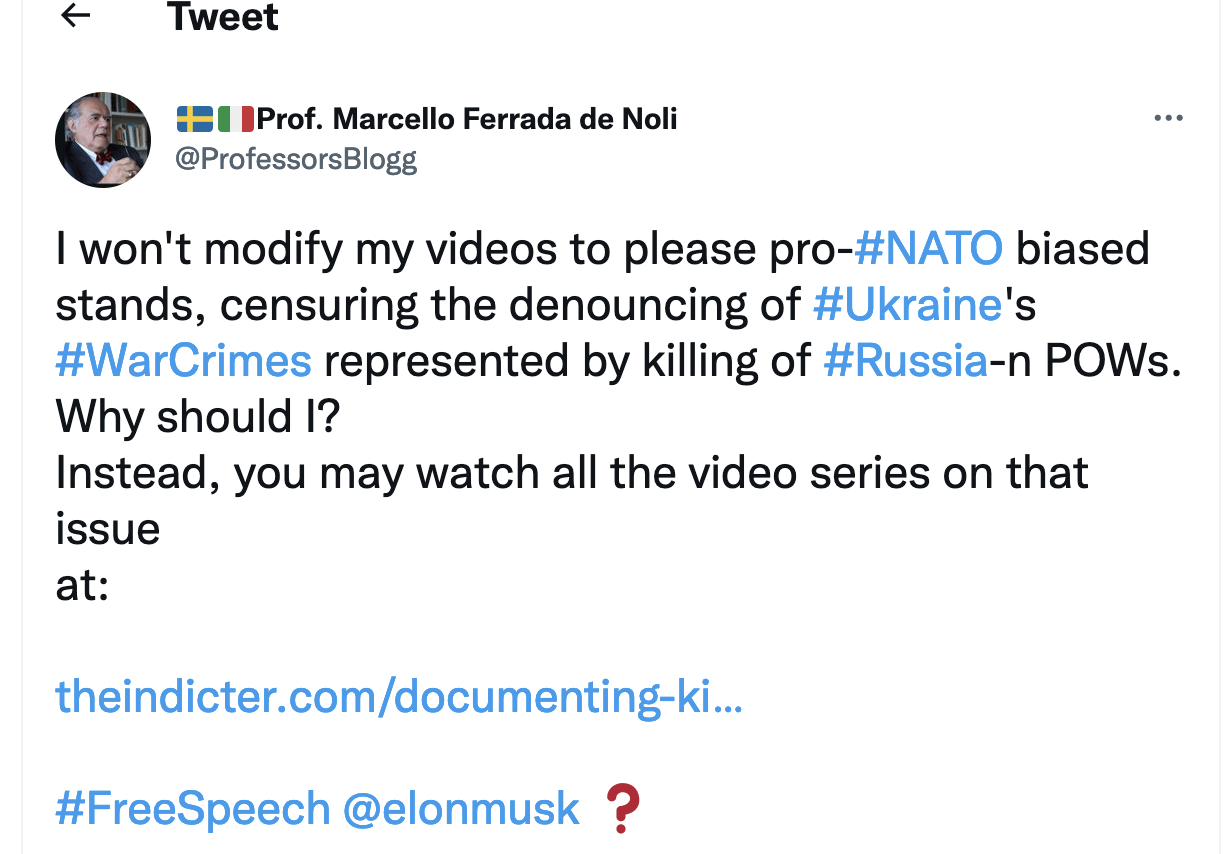 (The video deleted by Twitter is found in Item 3, down below). 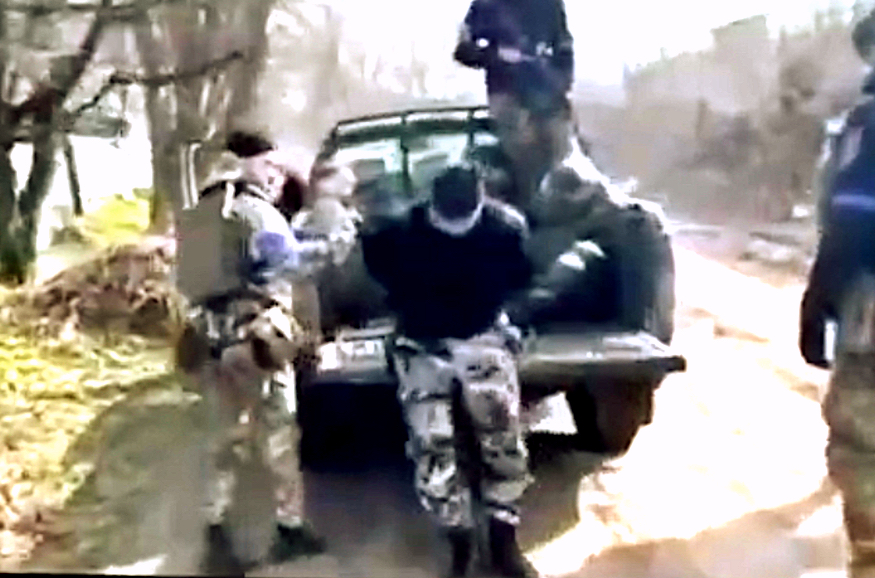 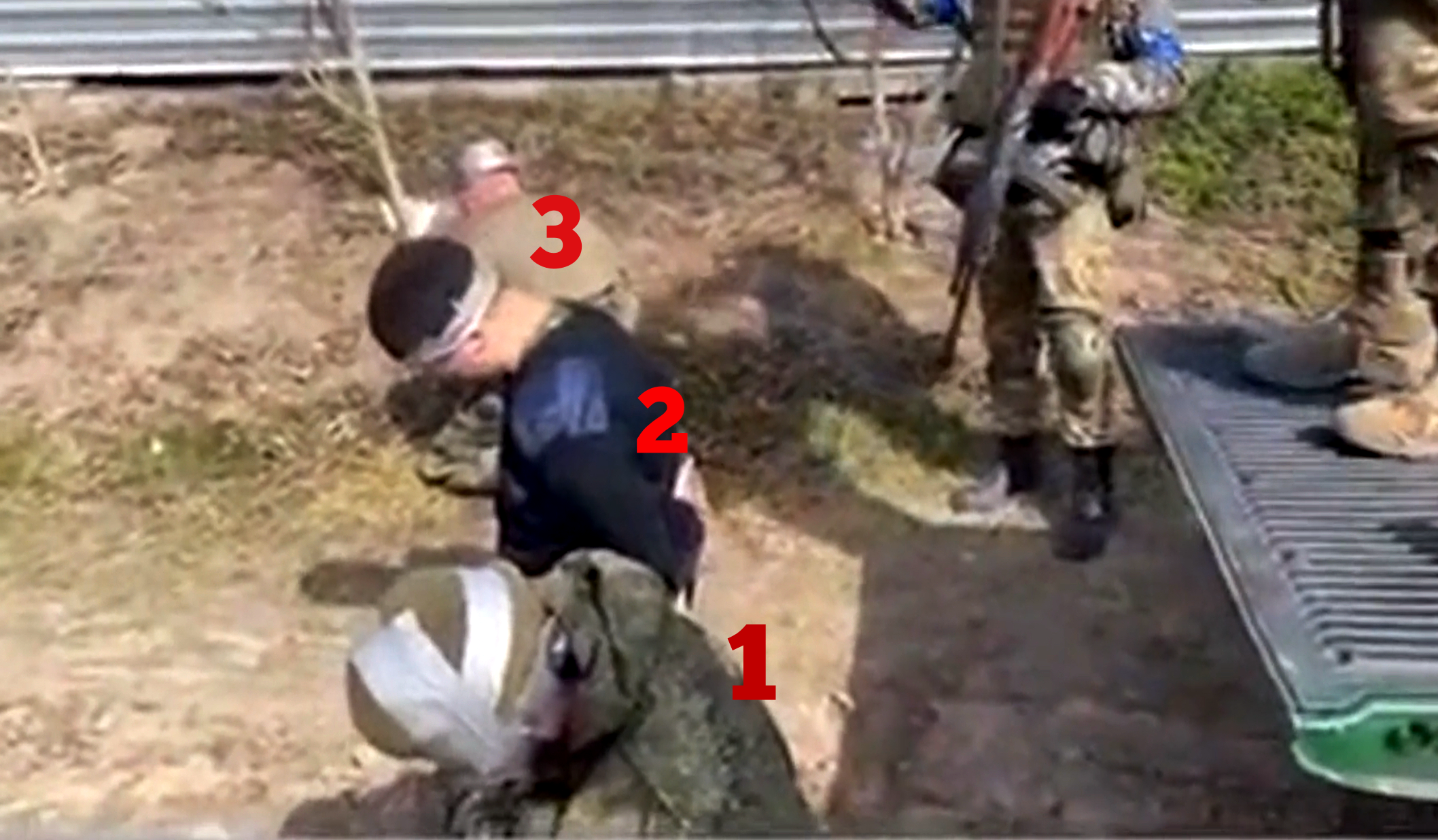 Other video I found in Telegram

The Makeyevka massacre of Russian POWs

Videos circulating online and reported on by Russian state media have raised questions about whether Ukrainian soldiers committed a war crime. 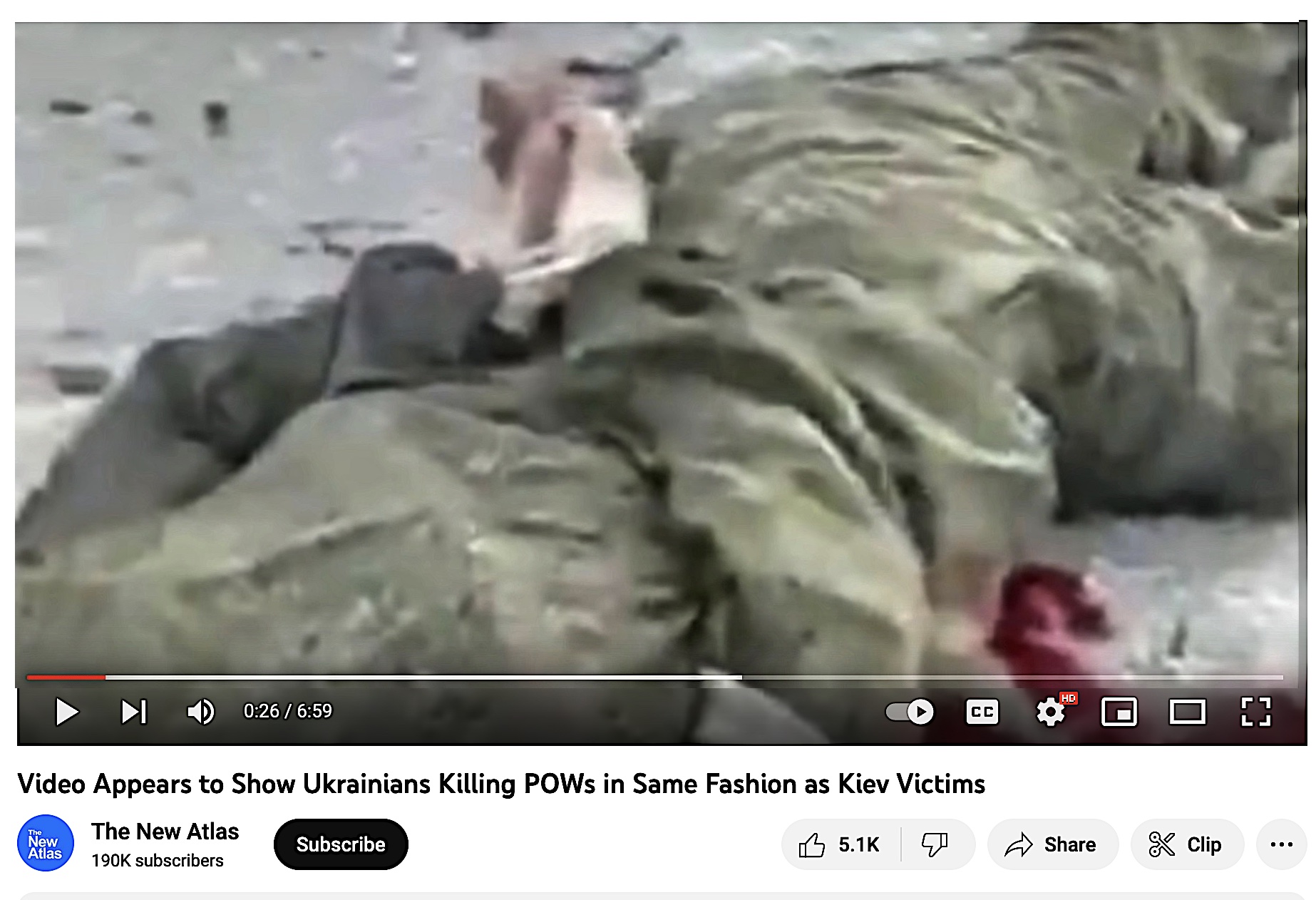