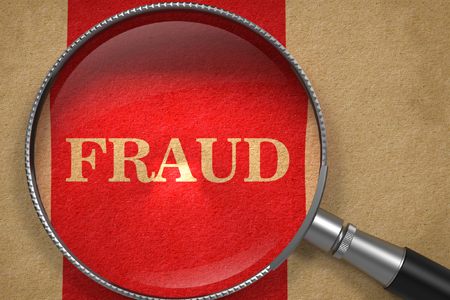 Doctor of Medicine in psychiatry, professor emeritus of epidemiology.

First part in this series is found in “Propaganda for war by proxy: Rebuttal to Martin Kragh’s flawed analysis in Swedish J Social Sciences 2020. Part 1: Introduction”

Martin Kragh states  “On 27 November 2018, one of their [Swedhr] galleon figures, Marcello Ferrada de Noli, appeared in an interview with Sputnik that was about how the Nordic region has apparently proved to be an integral part of the British intelligence service (Sputnik / Urdupoint 2018a; The Indicter 2018 ). [19] But the first of Kragh’s above cited sources, “Sputnik / Urdupoint 2018a”, [20]  is an article titled instead “Anonymous Finds Russia’s Navalny’s Associate, Browder Among UK Intelligence’s Clients”. Nowhere in that article appears my name, neither a reference to an interview with me.

The second cited article, “The Indicter 2018”, [21] used by Kragh to falsely source his statement about me,  correspond to my piece “How UK’s Integrity [disinformation] Initiative backfires?”. However, neither in that article there is a reference to “Norden” (Nordic region) as such. The subject of the article was not, as Kragh disinforms, “about how the Nordic region has apparently proved to be an integral part of the British intelligence service”.

Instead it referred in the main to the possibilities of re-establishing a dialogue between Western countries and Russia. It also reminded that in the exposures about Integrity Initiative regarding Sweden, specifically:

“Names that appear in the country-section “Sweden” –according to the hacked document–[22] would include Swedish citizens  which occupy, or had occupied, leading positions within institutions related to the ministry of defence (like FOA, the Swedish Defence Research Institute), or the Ministry of Foreign Affairs (like “Swedish Institute for International Affairs”), or at the “Swedish Defence University” (which is “responsible for the research and education on national and international security”).[23]

Also, one of the alleged participants in the contact list from Sweden, would correspond to a person who was formerly appointed as “Secretary of the Cabinet Working Group on Defensive Information Operations”.

Martin Kragh writes, “In May 2019, Ferrada de Noli claimed for the Russian newspaper Izvestia that Kragh was involved in a secret British global system of ‘torture and executions’ (The Indicter 2019).” [24] He gives as reference my article “UK government financing torture and executions”. [25]

Truth Nr One:  I did never name Martin Kragh in that article!

Truth Nr Two:  Russian newspaper Izvestia has never published an article authored by me on that subject, neither I have ever submitted such an article for publication.

Kragh states that the first ones that linked him to the Integrity Initiative was the circle around the Swedish Doctors for Human Rights (SWEDHR), I quote:

“a group of political activists with a background in the far left who have attracted international attention for their defence of Syrian leader Bashar al-Assad (Dagens Nyheter 2017). Their reports, which have repeatedly absolved the Syrian regime of responsibility for the use of chemical weapons against its opponents, have been quoted regularly in Russian state media but also by Russian and Syrian diplomats in the UN Security Council (see Sputnik 2017). The members of SWEDHR have no documented competence in chemical weapons, and their conclusions are contradicted by the UN’s and OPCW’s own investigations (Coda Story 2017).” [26]

About Kragh calling us activists:

In Swedish academic circles, only racists, or some chauvinist fascists, deny the title professor to Swedish appointed professors born in other countries outside the NATO perimeter. Whereas all members at SWEDHR Board of Directors are either Swedish professors and/or Swedish medical doctors. Some have given in Sweden the academic “title of distinction professor emeritus”, not to be equalize with that of “retired professor”.

About Kragh calling us a “a group of political activists with a background in the far left”:

At SWEDHR, the only doctor with a proud background in his early youth in a revolutionary organization, active in the armed resistance against fascist dictator Pinochet, is this author –And yes, over a half century ago, I was, then, 22 years old when together with my university peers and others we founded MIR, [27] in which founding congress I participated as libertarian socialist. [28] Later in adult life I have been categorized as left-liberal (DN, ) or liberal with a conservative past (Ystad Allehanda ). And yes, I was co-author in 1965 of MIR ‘s military strategy. [29]

Politically, most members of SWEDHR are or have been members or sympathizers of the Liberal Party, the Social Democrats, Left Party, and the Greens. What SWEDHR stand for, and done, can be read at the site Swedish Professors and Doctors for Human Rights. Politically considered (and also ideologically), Martin Kragh himself is a prominent activist –at the service of the NATO design.

In these regards, most of the disinformation enterprises Kragh participates in are government-funded, and NATO-funded. It should be added, that Integrity Initiative is also financed by UK Ministry of Defence and the Intelligence community. Our organization SWEDHR is, at the contrary, absolutely independent, and receives no financial support from any government, institution, or corporate entities.

About Kragh repeating the defamations and erroneous facta in the pro NATO publication Coda Story:

About Kragh preposterous assertion that SWEDHR acts in defence of Syrian leader Bashar al-Assad’s use of chemical weapons against its opponents:

– We never said that, or have had that stance;

– We have only pointed to the lack of verifiable evidence contained in the allegations of  the White Helmets (also financed by the UK and other NATO countries) regarding two of those incidents (Sarmin 2015 chlorin-gas allegation, and Khan Shay Kuhn 2017 sarin-gas allegation). And we were proven right:

– In February 2018, then U.S. Secretary of Defence, General (Ret.) Jim Mattis, announced in a press conference that they do not possess evidence of a sarin attack in Syria. [30]

– Some days after, the French Defence Minister, Ms Florence Perly, declared that neither France has confirmed evidence of chlorine attacks in Syria attributed to the government forces. [31]

– Concerning Kragh’s libel on that I would lack academic competence to issue any comments on the “evidence” presented to sustain those specific allegations of gas attack: My main contention have referred the epidemiological data provided by the White Helmets (on hospitalizations, injured, fatalities, recoveries, symptom presentation, injury diathesis, etc.) which severely contradict basic epidemiological science. About being professor of epidemiology, my latest assignment at the Karolinska Institute was to serve as head of the Research group of Cross-Cultural Injury Epidemiology, where one of our themes was estimation of war injuries.

In his little-round investigation on SWEDHR, Kragh and/or his  assignment providers have undoubtedly gone, or should have gone, through all materials published by SWEDHR when scrutinizing this organization. Particularly what The Indicter has published on the reported connection of Kragh with Integrity Initiative. However, and noteworthy, he does not mention at all a central article in which I write about his role. It is the piece “Integrity Initiative scandal reaches Sweden amidst deceiving media debate on Martin Kragh.” [32]

I thus repost some texts relevant to this rebuttal to Kragh:

Martin Kragh and supporting writers who are coordinated with or without the knowledge of British Integrity Initiative, have since long had SWEDHR as one of their targets. Professors emeritus at SWEDHR are among the specifically targeted by Kragh or other actors around him. In addition, Kragh has also offered himself as a provider of Swedish-language information regarding SWEDHR, to CNN’s national security analyst Michael Weiss, also executive editor of “Coda Story”, a publication known for strong anti-Russia propaganda. [33] 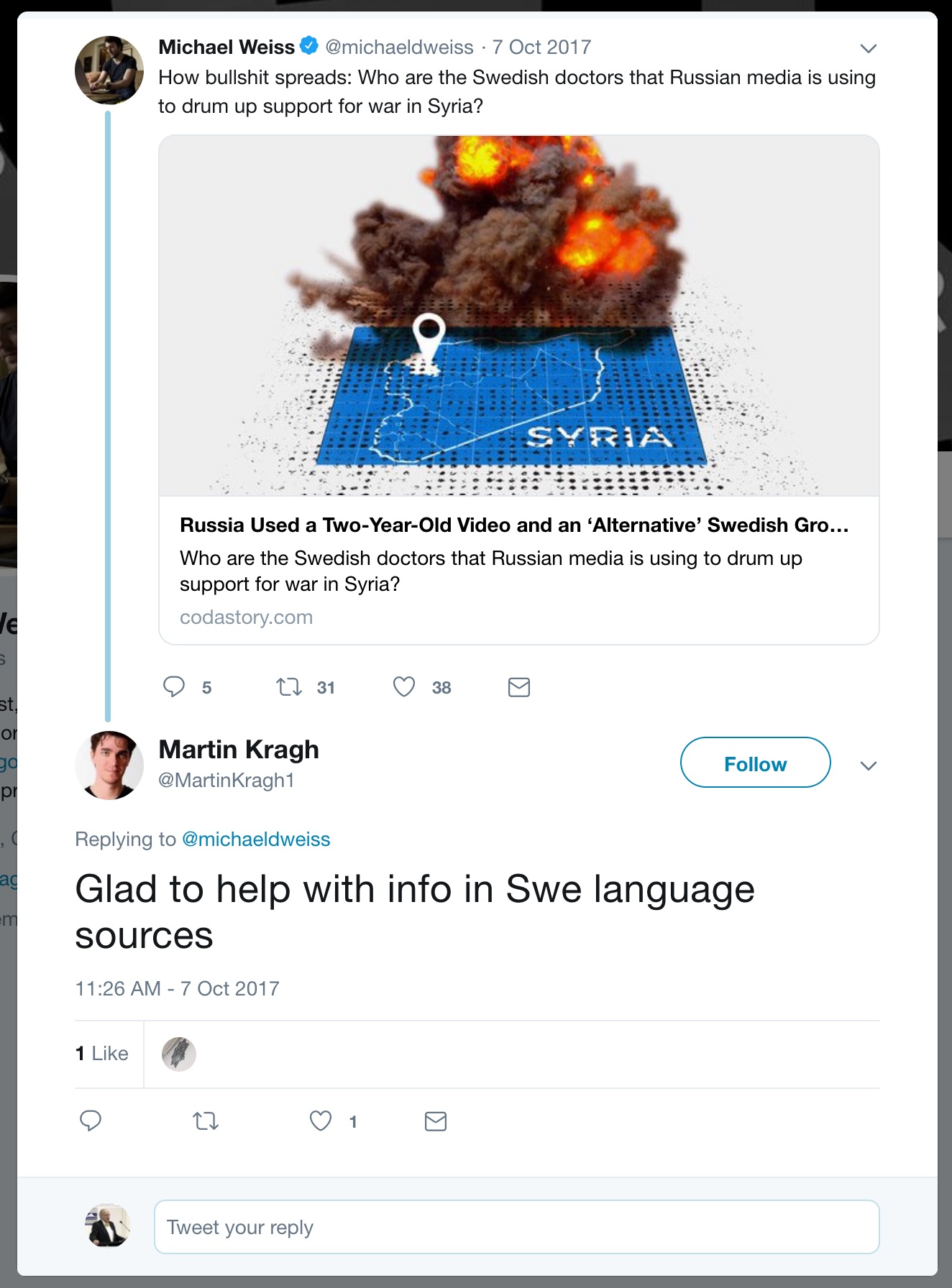 As early as 2017, Martin Kragh characterized SWEDHR as only “left-wing extremist [sic] actors who get space in Russian-controlled channels” in an interview in Swedish Yle. [34]He did not say a word about what we had said and neither he referred to the facts that were the basis of our analysis. Our descriptions of geopolitical incidents of medical relevance were not political opinions, but instead our fact-based conclusions. That is the reason why our conclusions  were the subject of interviews abroad, and not only in Russia –another fact which Kragh and collaborators chose to totally ignore. Such behaviour does not belong to a good Swedish scientific research tradition.

For example, we stated that the material that the “White Helmets” (an organisation created and funded by the UK) showed in the UN Security Council in March 2015, was no evidence that chlorine gas was the purported cause of death of those children –that were displayed in a macabre propaganda scene done in the White Helmets footage.[35] Later in April 2017, we found that there was no evidence that sarin was used in the Khan Shaykhun incident. [36] Once again, the SWEDHR fact-based arguments were silenced. Later, it was only publicized (DN) that my analysis of this issue was presented by the UN Security Council by the Russian delegation. [37] [38] However nothing about the content of that document was mentioned by the media in Sweden.

As pointed above, later on February 2018, US Defense Minister Jim Mattis admitted that the US had no evidence that sarin gas had been used in Syria. One week later, French Defense Minister Florence Parly said about the same regarding the alleged chlorine gas attacks. So we were proven right. (See footnotes 30 and 31).

Nevertheless, despite this clear “exoneration”, in December 2018 an attack with the same obsolete narrative took place anew by a Foreign Policy Institute’s associated researcher against Professor Emeritus Anders Romelsjö, [39] named in his capacity of SWEDHR’s Vice Chairman. This without the writer stating that our observations have been correct, according to the official information given by the defence ministers cited above. Professor Romelsjö replicated in Globalpolitics.se. [40]

The happenings around the White Helmets related above may now be better understood in view of the current leaks commented here. These leaks also include a document recording the Integrity Initiative representatives participating in a secretive meeting [“closed-doors meeting” as referred there] with the White Helmets, and which would have taken place at the Institute for Statecraft. [41]

The time in Sweden in which journalists or academic activists as Kragh indulge themselves in throwing away indecent, groundless, and evidence-deprived attacks against  honest researchers – as it consistently has been done against us at SWEHR– must be over.

To question and/or investigate a given – dominant – narrative does not automatically make the investigator a supporter of a particular political side. On the contrary, it is the researcher’s main task; to question, scrutinize, and create new knowledge and new insights.

Furthermore, it is now high time to seriously investigate whether Swedish academics, journalists and others in the publishing endeavour participate in a structured activity led and funded by foreign powers –with the aim of lobbying on the decision-making of Sweden’s defence and foreign policy on behalf of those foreign powers’ and their own interests.

What I have said in Integrity Initiative scandal reaches Sweden amidst deceiving media debate on Martin Kragh, remains untouched:

Kragh’s declarations do raise important questions, some of them related to Sweden’s national security:

a) Why would Integrity Initiative –a secretive project managed by Statecraft– keep the name of Martin Kragh in a current document exclusively listing the organisation’s cluster-leaders three years after Kragh has ‘never been there’?

b) And if it is not Kragh, then, who is the actual Cluster leader in Sweden? And coordinating whom?

c) Why would Statecraft / Integrity Initiative have  a “cluster” of Swedes, let alone a “cluster coordinator”, operating in Sweden in the first place?

d) If the operations deployed by those “clusters” were not of an ‘Intelligence’ (cover disinformation) character, why the clusters’ existence, its activities and members’ identity have been concealed?

e) Why are these questions not addressed –never been addressed, up to here– in the Swedish debate on this issue?

Seemingly, in order to defuse any further investigations that would lead to inquire into who are the individuals or organizations that the “Cluster coordinator” would have been “coordinating” on behalf of the Integrity Initiative operations in Sweden, the Swedish media sat in motion a forceful campaign to counter arrest the exposures. This has comprised the following steps:

In other words, an “Integrity Initiative” typical design. 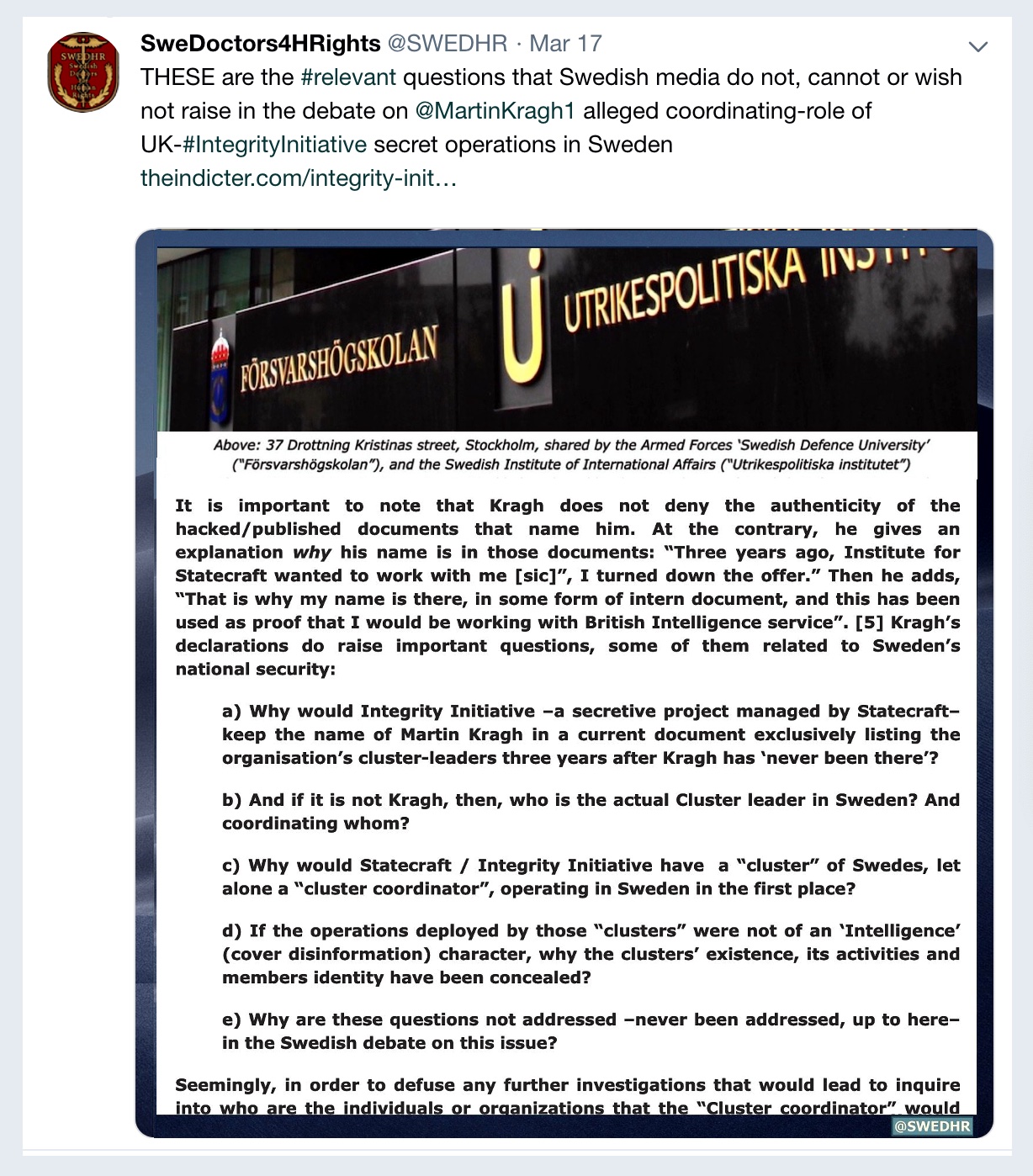 [27] MIR, or Movement of the Revolutionary Left: “