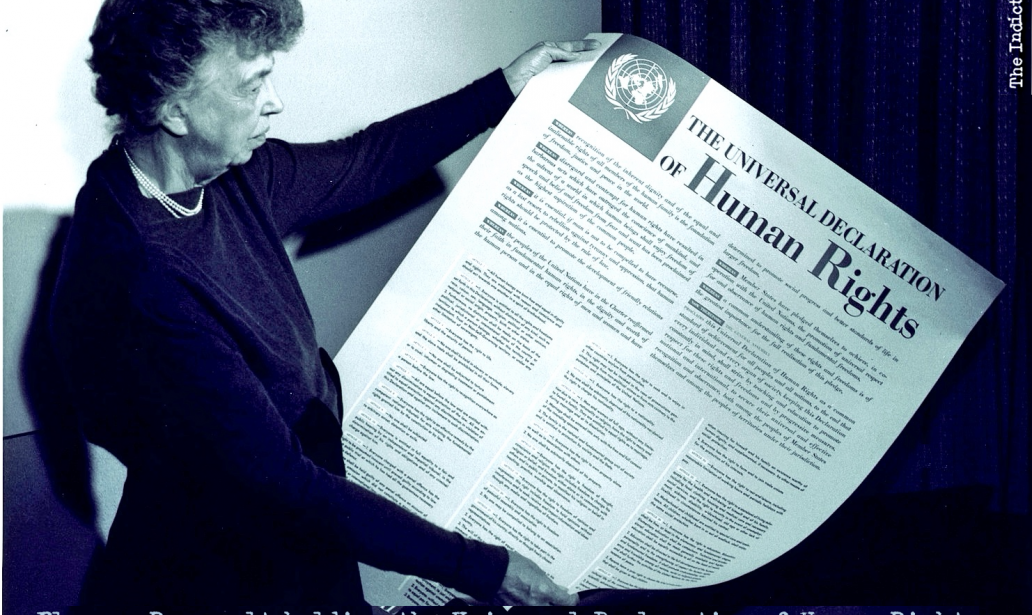 A Swedish professor Cecilia Soderberg-Naucler has been harshly criticized for sharing an article on Sweden’s failed coronavirus strategy not because of its content, but because it was published by RT.

An exceptionally talented Swedish journalist, Lisa Magnusson, made an insightful dive into Swedish behavioral patterns in the current coronavirus crisis. The author compared state epidemiologist Anders Tegnell’s followers with the flock in Monty Python’s Life of Brian. This is my interpretation of that:  Brian says, “You are all confident in the authorities” the followers echo “We are all confident in the authorities.” He says, “you may go to bars and keep social distance, and travel in buses, keep children mingled in schools, etc.” The flock: “We’ll do this.” But the number of Covid-19 cases duplicates, and then triplicates, etc. So, Brian says, “You didn’t understand, so now go to hell.” The flock: “How shall we go to hell, Master?”

Amidst this chaotic scenario where the mortality in Sweden due to coronavirus is five times higher than in neighbouring Finland, and the Swedish case-fatality rate by far the highest among the Scandinavian countries, conscious scientists and scholars from Sweden’s top research universities began to react, and criticize, suggesting alternative paths to combat the virus.

The most representative is the case of Professor Cecilia Soderberg-Naucler, a notable virus and immunology researcher at the Karolinska Institute, and one of the signatories of a publicized letter where 22 researchers called on the Swedish government to introduce drastic changes in the management of the epidemic. Unfortunately, her necessary presence in Swedish public debate rapidly became the target of ‘Life of Brian’ flock-type social media activists led by well-known journalists who have tried to discredit her by all means, including with the use of the media’s traditional Russophobic trademark.

It started when Professor Soderberg-Naucler posted a tweet (@Cecilia_Naucler, 13 April) where she said, “I agree with ‘The Swedish experiment is flawed,’” and  linked to the article published in RT. A storm of tweet-replies ensued, led by: “Now has Cecilia Naucler gone bananas in her intense effort to discredit the (Swedish) Public Health Authority. She gives support to RT, which is Putin’s global disinformation news channel, & owned by the Russian state, in their disinformation about a ‘Swedish experiment’. How low can one sink?” (@Kahen_1, 13 April).

Finally, and after many attacks of that type, the professor gave up and deleted her tweet, while she insisted on the correctness of the article and its citations. But it did not help her.

Swedish newspaper Aftonbladet (15 April), two days after the tweet was deleted, continued to attack Soderberg-Naucler on the same absurd grounds that she had linked to an RT article and assessed its content as “correct.” Noteworthy, the actual content of the article was never commented on by any of the protesting journalists or their social media activists. Instead of linking to its content, Aftonbladet continued to refer to it solely as “an article from the Russian news site RT.”

Meanwhile, newspaper Expressen wrote: “Professor Cecilia Soderberg-Naucler tweeted a link to Putin’s propaganda organ RT, to whom another Swedish  professor, Marcello Ferrada de Noli, happily lent the authority of his name. Not only bad judgment, it’s deeply embarrassing, directly shameful.” Again, no link was given in the report to the publication it referred to. And may I clarify that I have not “lent” my name. Instead, it was me who solicited RT, the publication of my op-ed, following a TV interview I had on RT news on April 6. I followed exactly the same procedure of my opinion articles published in the Swedish press.

Converting the above into an absurd parody, Anders Lindberg, the political editor of Aftonbladet (Sweden’s largest newspaper), accused Soderberg-Naucler of giving an incomplete, thus unacceptable, explanation for the deletion of her tweet. He bothered to publish this below a day after Cecilia Naucler had deleted her tweet with her positive appraisal of the RT article: “An important thing people seem to have missed, is that the RT article was authored by Marcello Ferrada de Noli, the same person interviewed on Russian TV to state that Syria has not used chemical weapons. Talking about “correct content” is deeply misleading.” (@anderslindberg, 14 April)

The blunt ad hominem argument by the known pro-NATO political editor (my opinion) of the “independent social democratic” Aftonbladet is also ludicrous in its content. What I in fact then said was that no conclusive evidence existed that the reports by the NATO-funded White Helmets propagandists were true. Later in 2018 this was confirmed by the then-US Defense Secretary Jim Mattis who said “about the possibility of sarin use, I don’t have the evidence,” and by the French Defense Minister Florence Parly who said “We have some indications of possible chlorine use [in Syria], but we have no absolute confirmation.” Add to this the scandal over the OPCW leaks initiated in May 2019 denouncing serious wrongdoings of the organization in its biased reporting on the alleged chemical attacks.

A main feature in assaults of this type, is that these journalists never produce any argument or conclusions in the materials they reject per default.

On several occasions during recent years, academics or journalists living in the West have been harshly criticized for publishing or being interviewed on Russian networks. Some of them may have declined interviews because of that “stigmatization.” I think it is time to clarify the illegitimacy of that “criticism” once and for all.

The positions taken by the Swedish mainstream media regarding any report of any Swedish citizen or organization that express their opinion in Russian media is not new. But for a country which praises itself (e.g. Carl Bildt) for being a “humanitarian superpower” based on the active promotion of human rights in the world, it is remarkable how they infringe on Article 19 of the Universal Declaration of Human Rights:

Everyone has the right to freedom of opinion and expression; this right includes freedom to hold opinions without interference and to seek, receive and impart information and ideas through any media and regardless of frontiers.

The interference or objections on the part of mainstream media journalists, in Sweden, or in the UK, US, etc., regarding our right to voice our ideas via any interviews to any outlet or channel from across and beyond our borders, or to pen these ideas and publish here or there in whatever latitude we wish, makes those objections and interference a contravention of Article 19 of the Universal Declaration of Human Rights.

Furthermore, it is not just a right for academics and professors to voice elsewhere opinions that Swedish media would not print or broadcast. It is also a human right of the Swedish public to receive information from any source they choose. The same is valid for the public’s rights in any country.

Facts tell what those obedient Swedish journalists wish to cover

Among noteworthy elements in Sweden’s presentation of developments in the coronavirus epidemic to the public, are these two views, which appear populistic as well as traceable to episodes in Sweden’s modern political history. One is “yes, but the majority are elderly.” The other, “yes, but it’s the immigrants who are overrepresented.”

In 2004, Swedish Finance Minister Pär Nuder, addressing a meeting at the SEB bank, put it in  these terms: “We have a supply ratio which may turn into a big problem: This meat mountain of people born in the 40s, that we who were born in the 60s are going to feed.”

Now in 2020, a third of all verified Covid-19 death cases have occurred in homes for the elderly. Yet, as acknowledged by state epidemiologist Anders Tegnell during a press conference on April 16, the Swedish Public Health Agency has no directives, nor plans to issue directives, as to how the personnel working in these elderly homes should improve their routines. It is not the agency’s responsibility, he meant.

Also on rt.com Sweden to roll out mass testing in Covid-19 strategy overhaul as national case numbers continue to grow

Another ingredient is the current blame on the ethnicity-factor as a main contributor to the high coronavirus-infected figures. The Swedish Public Health Agency provided a list with the nationalities overrepresented among the infected, contravening a Swedish official tradition of reluctance in presenting statistics breakdown per ethnicity. However, the foreign-born in the list, all nationalities counted, totalled only 1.258, or 11 percent of total cases in Sweden at the time of writing (N= 10.948). State epidemiologist Anders Tegnell also elaborated on whether the quality of hospital care in the countries of origin of those immigrants could play a role. Undoubtedly, the ethnicity card may draw increasing support for the authorities from some parts of the public, among which, support of political parties with an anti-immigrant or immigrant-skeptic agenda has increased notably in recent years.

With regards to updates in the death toll, after adjusting the statistics over Covid-19 deaths for the population in the respective countries, Sweden still shows on April 17 a much higher death toll in comparison to Norway, Denmark and Finland.

A main argument of Sweden’s state epidemiologist Anders Tegnell has been that all those countries would be in a different phase of the epidemic. For instance, he declared, “Finland is far behind Sweden in its development.” His Finnish counterpart, Mika Salminen (Director of Finland’s Health and Welfare Institute), refuted this explanation, saying that the low death rate is the result of the restrictions Finland has imposed, and “not because the country would be in a different phase than Sweden.” I have now estimated the difference between Sweden and Finland with regards to the expected and observed death toll, and I have found it to be highly statistically significant.

This article was first published as op-ed in RT International, with the title “So one Swedish academic quotes another Swedish academic on flaws of Sweden’s Covid-19 policy… and that’s RUSSIAN propaganda? And it is a follow up of the piece “Sweden’s flawed coronavirus battle plan hits the poor & elderly, resulting in worst death count among Nordic countries“